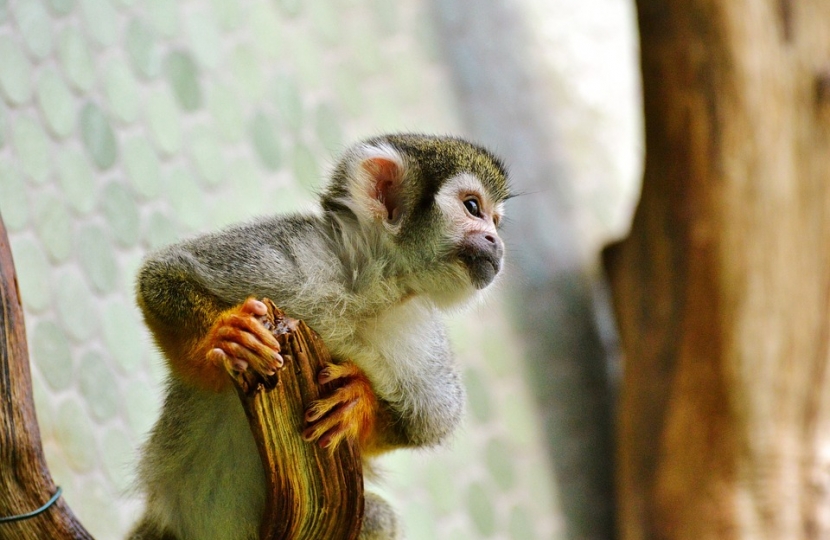 Having considered the evidence available, including the responses to the Government consultation, I am pleased that my Ministerial colleagues have now confirmed that they will legislate to prohibit primates as pets through the Kept Animals Bill.

I am aware that keepers who are able to provide welfare standards akin to those of licensed zoos will be able to keep their primates under a new licensing regime, subject to conditions and inspections. Ownership of these exotic animals with complex needs will be phased out for keepers unable to meet these standards.

Further, Ministers will place a ban on the sale, or otherwise transferring of primates apart from to persons holding a relevant licence. I understand that a relevant licence would include a Zoo licence, an Animals (Scientific Procedures) licence and a new ‘specialist private primate keeper’ licence.

Primates are highly intelligent wild animals with complicated welfare needs. They require open spaces, varied diets, social contact and plenty of warmth and light. Findings from a recent call for evidence found that these complex needs cannot be met in a home environment. Under these new plans, it will be an offence to keep a primate as a pet in England. Only those keeping primates to zoo level standards will be permitted to keep primates.

The Government anticipates that up to 5,000 primates are currently kept outside of licensed zoos in the UK. Marmosets are by far the most commonly held primates in the UK, with capuchins, squirrel monkeys, lemurs and tamarins also among the most common species.

The new proposals mean that specialist primate keepers who do not hold a zoo licence will need to obtain a new specialist private primate keeper licence to ensure they are meeting the required high welfare standards. These plans will also place welfare restrictions on the breeding and transferring of primates.

"Primates are hugely intelligent and socially complex animals. When they are confined in tiny cages, often alone and with little stimulation, their lives are a misery.

It’s important that we take action to prevent the suffering caused to them when they are kept as pets, and so I am delighted that we are moving a big step closer towards banning the practice. These proposals will ensure that we have the strongest protections in place for our animals.

We have some of the highest animal welfare standards in the world, and these plans form part of a range of measures we are taking to raise the bar even further, such as ending live animal exports and cracking down on illegal puppy smuggling"

Currently, anyone wishing to keep a primate covered by The Dangerous Wild Animals Act 1976 must apply for a licence from their local authority. Some keepers of smaller primates do not need a license, but in all cases, the animal is protected by the Animal Welfare Act 2006. It is an offence not to provide for an animal’s welfare needs and anyone breaking this law can face an unlimited fine or a prison sentence, or both. The statutory Code of Practice for the Welfare of Privately Kept Non-human Primates also outlines how primates must: be provided with a suitable environment and diet; be able to exhibit normal behaviour; be housed with, or apart from, other animals; and be protected from pain, suffering, injury and disease.