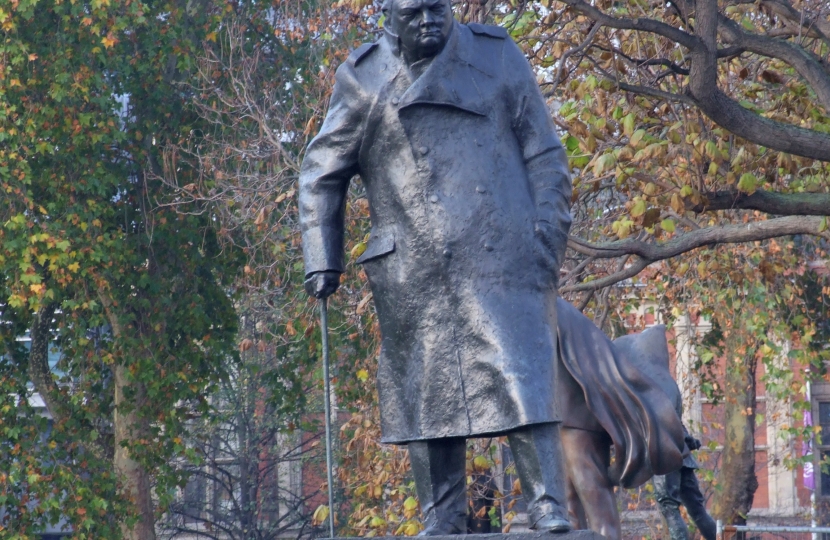 In this country we have a long-standing tradition that people can gather together and demonstrate,  and the right to protest peacefully is a fundamental part of our democracy. However I do not support or indulge those who break the law, or attack the police, or desecrate public monuments.

During the Coronavirus pandemic, I cannot emphasise enough how important it is for those gathering to observe the rules and guidance on social distancing. At the current time because of the threat we face from Coronavirus and the difficulty of social distancing in large crowds, restrictions on gatherings are in place.

I would like to make clear that under no circumstances do I believe that protests should become violent. The rights to a peaceful protest do not extend to harassment, intimidating behaviour or serious disruption to public order.

Our world-class police officers continue to put their own lives on the line to protect the public during the protests, despite sometimes coming under attack. As a country, we ask our police officers to do the most difficult of jobs, and they are respected around the world for the excellent work they do.

The Home Secretary has also made the Government’s stance very clear in her statement in the House of Common, she stated:

“The Government’s scientific and medically led advice remains clear and consistent. No matter how important the cause, protesting in large numbers at this exceptional time is illegal, and doing so puts everyone’s lives at risk….… Around 200 protests took place across the country over the weekend…While the majority were peaceful, a lawless minority of protesters have regrettably turned to violence. The worst violence flared in London on Saturday evening, with missiles and flares being thrown at police officers outside Downing Street. Officers in ​protective equipment were deployed to arrest the culprits and to clear the area…The thugs and criminals responsible are already being brought to justice. This is a fluid situation, but as of this morning the total number of arrests stood at 135.

…This hooliganism is utterly indefensible; there is no justification for it. There is no excuse for pelting flares at brave officers, throwing bikes at police horses, attempting to disrespect the Cenotaph or vandalising the statue of Winston Churchill, one of the greatest protectors of our freedoms who has ever lived. It is not for mobs to tear down statues and cause criminal damage in our streets, and it is not acceptable for thugs to racially abuse black police officers for doing their jobs. The criminals responsible for these unlawful and reckless acts are betraying the very cause they purport to serve.”

Many public memorials are erected on land overseen by local authorities. Elected councillors have responsibility for such municipal sites, accountable to local voters.

The Government itself does not propose to remove statues or memorials on its property. We believe it is always right to examine Britain’s history, but removing statues and renaming streets does harm rather than good. Our aim should be to use heritage to educate people about all aspects of Britain’s complex past, good and bad, rather than air brushing history.

Historic England, as the Government’s adviser on the historic environment, are against removing so-called ‘contested heritage’. Their guidance explains: “Historic England encourages contemporary responses to contested heritage that do not lead to removal or significant alteration of protected historic sites or monuments. Removing difficult and contentious parts of the historic environment would risk harming our understanding of our collective past.  Instead, we would usually recommend that clear, long-lasting and/or innovative reinterpretation at or near a contested object or site can be used in order to reflect a changed context and contemporary understanding of the (say) statue or memorial.”

History is ridden with moral complexity. Some of these statues do represent figures who have said or done things which we would not defend today. But as the Prime Minister has explained:

“The statue of Winston Churchill in Parliament Square is a permanent reminder of his achievement in saving this country – and the whole of Europe – from a fascist and racist tyranny. It is absurd and shameful that this national monument should today be at risk of attack by violent protestors.

Yes, he sometimes expressed opinions that were and are unacceptable to us today, but he was a hero, and he fully deserves his memorial. We cannot now try to edit or censor our past.

We cannot pretend to have a different history. The statues in our cities and towns were put up by previous generations. They had different perspectives, different understandings of right and wrong. But those statues teach us about our past, with all its faults. To tear them down would be to lie about our history, and impoverish the education of generations to come.”

I was very pleased to see that a man has been fined and ordered to pay compensation after he painted the word "racist" on a statue of Winston Churchill during protests in London. Mr Clark admitted causing damage to the statue in Parliament Square during a climate demonstration, he was given a £200 fine, told to pay £1,200 in compensation and will also have to pay £85 in court costs & a £34 victim surcharge.