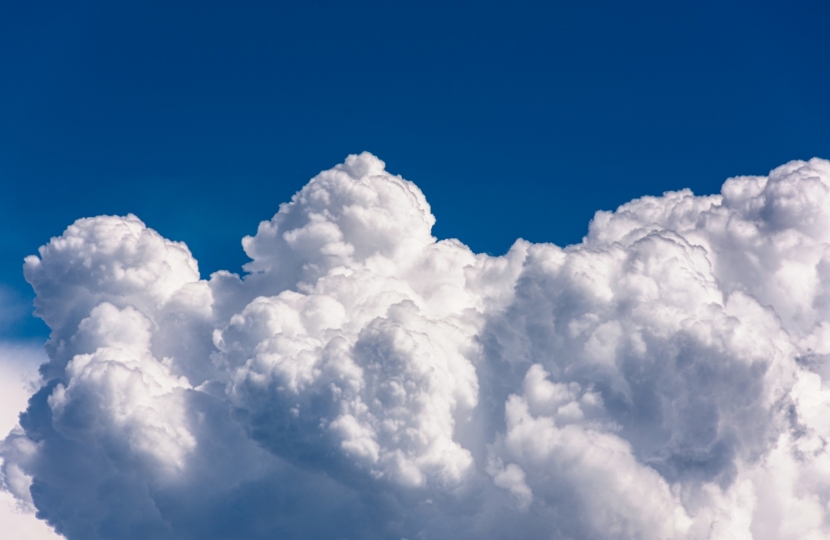 Climate change is one of the greatest challenges we face, and I can assure you that I recognise the importance and urgency of action on this issue.

I am proud of the UK’s world-leading role in tackling climate change and the transition to Clean Growth, with the UK being the first country to legislate to eliminate our contribution to climate change by 2050, and the fastest in the G20 to cut emissions. When we achieve net zero, the UK will have eliminated its contribution to climate change, which as of December 2019 accounted for 1.2 per cent of global emissions. Many other countries will hopefully follow our ambition, particularly those with a larger share of global emissions, such as China which accounted for 30 per cent. Since 1990 the UK economy has grown by 75 per cent while cutting emissions by 43 per cent.

To continue this momentum, the Government has announced around £2 billion for new policies since setting the net zero targets and the Prime Minister-chaired Cabinet Committee on Climate Change continues to ensure all arms of Government are focussed on tackling this challenge. The UK will also continue to use its position as a global leader at the postponed UN Climate Change Summit, and will ask international partners to match the UK’s ambition.

The Budget also reinforced the UK’s strong track record in this area, with announcements including £640 million for tree planting and peatland restoration, over £1 billion to support the transition to electric vehicles, at least doubling funding for energy innovation, and tax measures to reduce plastic waste, among other measures.

In addition, in October the Prime Minister announced new investment of £160 million to support offshore wind. This funding will support major new port side manufacturing hubs, so that the UK can host the factories making the next generation of offshore wind equipment. The Government also confirmed a boost to its previous target to deliver up to 30GW of offshore wind to delivering 40GW by 2030. These plans will help us build back better and build back greener by making the UK the world leader in clean wind energy – creating jobs, reducing carbon emissions and boosting exports.

The UK's action on climate change is not limited just to our own borders. I am encouraged that the UK will spend at least £3 billion of international climate finance on nature and biodiversity over five years. The funding will be allocated from the UK’s existing commitment of £11.6 billion for international climate finance and will deliver transformational change in protecting biodiversity-rich land and ocean, shifting to sustainable food production and supply, and supporting the livelihoods of the world’s poorest.

Nearly 400,000 people are working in the low-carbon economy and the Government is committed to creating thousands of highly skilled, well paid jobs up and down the country. For instance, I welcome that the Offshore Wind Sector Deal could see the number of jobs triple in this sector to 27,000 by 2030.

The Ten Point Plan, which will utilise £12 billion of Government investment, will create and support up to 250,000 green jobs. As part of this, the Prime Minister has announced £160 million investment into offshore wind which will create 60,000 jobs.

The Government also delivers the Rural Community Energy Fund, a £15 million programme, to support rural communities in England to develop renewable energy projects which provide economic and social benefits to the community.

The UK is a world leader in clean growth and with Government support, £92 billion has been invested by businesses in clean energy since 2010. Our renewable capacity has quadrupled since 2010 and the UK has the largest installed offshore wind capacity in the world thanks to our sustained investment in this crucial technology.

The Prime Minister has confirmed that the UK will be a world leader in offshore wind as we boost our previous target to deliver up to 30GW of offshore wind, to delivering 40GW by 2030. There is also a new ambition for 1GW of the new 40GW by 2030 target to come from floating offshore wind which is a brand new technology allowing wind farms to be built further out to sea in deeper waters, boosting capacity even further.

In addition, the UK's first new nuclear power plant in a generation, Hinkley Point C will provide 7 per cent of the country's energy needs, while renewable capacity has quadrupled since 2010, with capacity in offshore wind set to double throughout the 2020s.

The Climate and Ecological Emergency Bill is being put forward by campaign groups such as Extinction Rebellion, Big Ask and Power for the People.

I note that the Bill seeks to examine the UK’s global carbon footprint, such as indirect UK emissions in our supply chain which may affect developing countries. I am encouraged that the UK remains committed to environmentally sustainable development as set out in the Millennium Development Goals and the Sustainable Development Goals. In January 2021, the Prime Minister announced that the UK will spend at least £3 billion of international climate finance on nature and biodiversity over five years. The funding will deliver transformational change in protecting biodiversity-rich land and ocean, shifting to sustainable food production and supply, and supporting the livelihoods of the world’s poorest.

The UK is on course to protect over half of our waters. We now have 357 Marine Protected Areas of different types and no activities deemed damaging to designated features will be allowed to take place in these areas.

I do not believe citizens' assemblies have advantages over conventional policy making in this context. Previous experiences in Canada, for instance, included citizens in the decision-making process but they failed to produce impactful or long-lasting results. I know that a Climate Assembly UK was formed as a result of work conducted by Parliamentary Select Committees. Ministers have assured me the Government will be looking closely at the findings however I welcome that many of their recommendations, which were published in their report, are already either in place or in the pipeline as a result of the Government working towards net zero. Achieving net zero will affect everyone and it is important that we work together to achieve it.

While I welcome the increased awareness and debate the this Bill brings, I do not believe it is required as work is already underway and tackling climate change is a priority.

It is vital that young people are taught about climate change. This education starts in primary school, and continues in secondary school throughout both the science and geography curricula and GCSEs. Should students wish to specialise in this area, a new environmental science A level was introduced in 2017.

The Department for Education also supports energy efficiency in educational facilities through capital funding and programmes, both to reduce the carbon footprint and save schools money on energy. Almost £9 billion has been allocated in condition funding since 2015 to maintain and improve school buildings. Condition funding can be invested in projects which improve energy efficiency. In addition, interest free loans for energy efficiency projects have been made available through the Salix finance scheme.