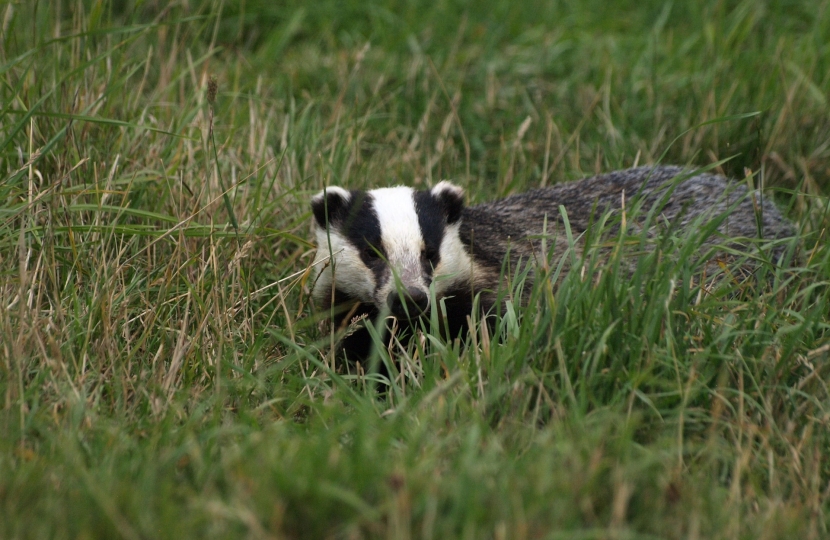 Bovine TB is a serious disease and its incidence has been increasing steadily since the 1980s, creased nine-fold between 1997 and 2010 and caused 26,602 cattle to be slaughtered in 2013 alone. The disease has cost the taxpayer over £500 million, if left unchecked, the bill would rise to £1 billion over the next decade. Around 30,000 cattle are slaughtered annually due to infection. Our cattle breeders suffer the loss of prize-winning animals and valued herds and this loss creates considerable trauma in the farming industry. It is important to bear in mind that, if left unchecked, bTB could pose an increased risk to other animal and human health. The Government remains committed to using all available means to address it and is pursuing a comprehensive Strategy for England to become TB free by 2038:

The strategy involves a wide range of tools. Cattle movement controls and the testing regime will be strengthened to stop infection from spreading between herds. Biosecurity will be improved by helping farmers understand the disease risk of cattle they buy. There will be continued investment in developing a new vaccine for cattle and an oral badger vaccine. There will also be match-funding for badger vaccination projects in the 'edge areas' at the frontier of the disease, with the aim of increasing TB immunity in uninfected badgers- a development greatly welcome.

Doing nothing is not an option. Bovine TB is a terrible disease which is devastating our cattle and dairy industries and causing misery in rural communities. We need to do everything we can to make England TB free. We want to make England TB free in order to stop future badger generations from suffering the slow painful death that TB results in.

As lessons from other countries have shown, such as in Australia, New Zealand, Ireland and the USA, where there is a reservoir of disease in wildlife, combating TB requires long-term solutions that couple these measures with tackling the reservoir through culling. Since the initial badger culls in 2013, a policy of badger control has been rolled out to other parts of the High-Risk Area (HRA) in the south-west and west of England.  The latest evidence has shown that the incidence of the disease in the first cull areas of Somerset and Gloucester fell substantially, by 37% and 66% respectively relative to comparison areas.

However, the badger is an iconic, protected species. No one wants to cull them forever, and widespread badger culling was only ever envisaged as a phase of the strategy, not a perpetual state of affairs. Ministers only ever envisaged that the badger cull would be a phase in the strategy to reduce the weight of the disease in the wildlife population. I am pleased that the ongoing consultation sets out how they intend to phase out culling and accelerate the next phases of the strategy, especially improved diagnostic testing. This consultation also includes proposals to stop issuing intensive cull licences for new areas after 2022 and would enable new licences to be cut short after two or three years based on a review of the latest scientific evidence at that time. Under the new proposals, any new supplementary cull licences, which are granted in regions after intensive culls are complete, would be restricted to two years and would not be reissued afterwards. I understand that some form of culling would continue to be an option in exceptional circumstances to address any local disease flare-ups.

In parallel to the consultation, Ministers are also calling for views on possible future measures to accelerate bovine TB eradication in England, such as further improvements to testing, encouraging increased uptake of farm biosecurity measures, and rewarding low risk cattle purchasing behaviour.

In July 2020, he Government announced that world-leading cattle bTB vaccination trials are set to get underway in England and Wales as a result of a major breakthrough by Government scientists. These trials enable work to accelerate towards planned deployment of a cattle vaccine. While the candidate BCG vaccine will never provide full protection, it promises to be a valuable additional tool if deployed with a test to detect infected cattle among vaccinated cattle (DIVA test). Government scientists have now developed a candidate DIVA test. Like other veterinary medicines, both the Cattle BCG vaccine and the DIVA skin test will need Veterinary Medicines Directorate marketing authorisations before they can be deployed. We hope that field trials will provide the evidence required for future marketing authorisations and for the DIVA skin test to be internationally recognised. The Government is committing the funding necessary to accelerate field trials towards the aim of securing marketing authorisations for both the vaccine and the DIVA test by 2025.

It is encouraging that work on developing a deployable TB vaccine for cattle continues at pace and is on track to be completed within the next five years, with field trials scheduled to commence in the coming months. There is no single answer to tackling bovine TB, but by deploying a range of policy interventions, we can turn the tide on this terrible disease and achieve the long-term objective of eradicating it by 2038.