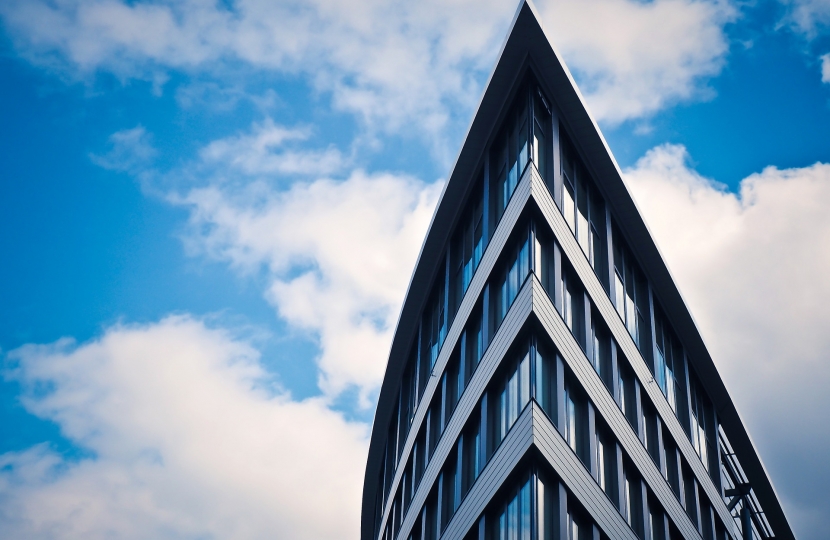 There is a shared desire in Parliament to ensure that absolutely everyone in our society lives somewhere decent, safe and secure. We are united in that commitment, and our thoughts naturally turn to the still unimaginable tragedy of Grenfell Tower. It should not have taken such a deadly fire, with such a terrible loss of life and suffering, for us to face up to the failures of building safety that have built up over decades under successive Governments. The Government is determined to do their duty by those whose lives were changed forever that night, right the wrongs of the past, and bring about the biggest improvement to building safety in a generation.

The Removal of Cladding

The Government are meeting the cost of taking down unsafe non-ACM cladding on residential buildings in the private and social care sector above 18 metres through the £1 billion Building Safety Fund, giving building owners no excuse not to start this vital work. The Building Safety Fund will be available to pay for the removal of cladding of buildings where the building owners aren’t able to fund the cost, for example through their warranties or insurance. This will ensure leaseholders in the private sector who would otherwise face significant costs do not need to foot the bill for making their buildings safe.

The Government have also extended the deadline for building owners to complete applications to the £1 billion Building Safety Fund, meaning thousands more buildings will have cladding removed without the cost falling on leasehold residents.

Following the Grenfell tragedy, the Government made £600 million available to fund the removal of ACM cladding from all types of building over 18 metres. Working with building owners, the Government have made good progress with 90 per cent of buildings with ACM cladding either now having had it removed or begun the work to do so. In the social rented sector this is 100 per cent. Taken together with the £1 billion Building Safety Fund, the Government have made a total of £1.6 billion available to fund the removal of dangerous cladding.

Keeping people safe in their homes

Our Building Safety Bill will drive up building safety standards and ensure there is greater responsibility for the safety of all buildings-particularly high-rise residential buildings. Taken together with our Fire Safety Bill, our response to the Fire Safety consultation and other measures across Government, these measures will make high rise buildings safer and ensure people are protected from fire wherever they live, stay or work.

The Governments new regulator, the Building Safety Regulator, will implement a more stringent regulatory regime for high risk residential buildings. It will also oversee the safety and performance of other buildings and support enforcement action against building owners who don’t ensure their properties are safe.

The Fire Safety Bill will enable the recommendation from the Grenfell Tower Inquiry phase one report to be implemented. This will ensure buildings owners and managers of high-rise and multi-occupied residential buildings take on new responsibilities and give additional powers to fire and rescue services to enforce the new regulations, and has been welcomed by the National Fire Chiefs Council.

The Government’s changes to building safety regulations will ensure sprinklers are installed in all high-rise blocks over 11 meters and that wayfinding signage is consistent to keep people safe and ensure that if a fire does occur, people are better protected and know how to get out safely.

The Grenfell Inquiry shone a light on the dishonest practice by some manufacturers of construction products, including deliberate attempts to game the system and rig the results of safety tests. A new regulator for construction products will have the power to remove any product from the market that presents a significant safety risk and prosecute any companies who flout the rules on product safety.

The Government have also commissioned an independent review to examine weaknesses in previous testing regimes for construction products, and to recommend how abuse of the testing system can be prevented. It will be led by a panel of experts with regulatory, technical and construction industry experience and will report later this year with recommendations.

There is no reason why work to remove cladding should not have started or for huge costs to fall on leaseholders. The Government has been clear that building owners are legally responsible for ensuring their buildings are safe, and they must, as a matter of urgency, either use Government funding, work with the contractors who provided unsafe materials or rely on their own resources or warranty schemes to deliver this work right away. The Government have put £1.6 billion into getting unsafe cladding removed from homes–targeted at those least able to pay–so there is no excuse for delay and the Government will continue to engage with leaseholders as we have throughout this process to understand their concerns.

As part of the biggest reforms to English property law in forty years, the Government are giving leaseholders the right to extend their lease by up to 990 years. This will make home ownership fairer and more secure, and could save households tens of thousands of pounds.

The Government has established a relationship with the owner of every building with ACM cladding and are spending £600 million to have it taken down and replaced, with interim safety measures introduced where needed. Every building in the social sector has either had the cladding removed or the work has, at the very least, been scheduled; this is true for nearly all privately owned buildings and the Government have been absolutely clear that the work must be completed by the end of 2021 and have appointed construction advisers to identify what more can be done to speed this process up.

We have seen many developers and building owners rightly taking responsibility for correcting those defects. They have done so in more than half of the high-rise private sector buildings with unsafe cladding. The Government absolutely expect developers, investors and building owners who have the means to pay to do the right thing and cover the costs of remediation of other unsafe cladding themselves without passing on the cost to leaseholders. However, in many cases, building owners or their managing agents have simply passed on significant remediation costs to leaseholders without regard to the affordability of those measures. That is why the Government have been accelerating the work to develop a financial solution to protect leaseholders from such costs. There is no quick fix. If there were, the Government would have done it long ago. It is complex and it involves many parties: leaseholders with different leases, developers, warranty holders, the insurance industry, the mortgage lenders, and the owners themselves. The Government has to find a solution that is right and proper, that demands of owners and developers that they put right the problems and defects they caused, that is fair to leaseholders who should not have to carry unfair costs for problems that they did not cause or envisage, and that is fair to the taxpayer, who is already shouldering a significant burden in remediating many buildings.

The Government will be making a further announcement on this important work very shortly. We must however recognise that Government funding alone cannot solve some of the deep-rooted issues surrounding building safety. Dame Judith Hackitt concluded in her review, it is vital that we reform the entire building safety regime, and that means a fundamental change in the regulatory framework, in industry and in its culture.

The Government fully understands what the proposed amendments were attempting to achieve. The Government entirely understands that they want to remove or reduce the burden on leaseholders, and the Government wishes to do the same. However, having looked at their amendments closely, it is clear to us that their scope, as currently drafted, would mean they would apply only to residents and leaseholders who have had a fire risk assessment undertaken, and not to residents who have suffered an incident or had works done for any other reason.  Nor are the amendments drafted in such a way as to allow them to be introduced without significant change to the Bill, both to the primary legislation and to the secondary legislation that must follow. As a result, the amendments would significantly impair the Bill’s progress through the House—they would delay it—and so, having looked carefully at amendments, the Government encourages them to withdraw them.

The Building Safety Bill is the best mechanism to achieve Stephen McPartland and Royston Smith’s aims, which are to introduce a new and stronger regulatory regime for building safety in buildings of 18 metres or more in height, and for all construction products. The Bill will establish a new building safety regulator in the Health and Safety Executive, sitting at the heart of the reformed building programme. It will place clear legal duties on those who build and manage buildings in scope of the new regime to manage any risks that they create and, crucially, it will enable the regulator to enforce those laws.

EWS1 forms keep people safe but have become difficult and frustrating for some flat-owners to secure. The Government are funding the training of two thousand more assessors to speed up valuations to address this and are working with the industry to ensure the highest risk buildings are prioritised first.

The Royal Institution of Chartered Surveyors (RICS) has also undertaken a consultation on the reform proposals, which ought to reduce some of the burden that some people face. That consultation closed on 26 January, and the Government await its results, but certainly as a result of the negotiations that we undertook with the industry and with RICS, some 450,000 people who might otherwise have been affected by the EWS1 forms are no longer obliged to complete them.

The Government are ending the scandal of waking watch costs, with a new £30 million Waking Watch Relief Fund. This new £30 million fund will pay for the installation of fire alarm systems in high-rise buildings with cladding, removing or reducing the need for costly interim safety measures such as ‘waking watch’.

Confidentiality clauses in any remediation contracts

Leaseholders will in no way be gagged by the standard contractual obligations between Government and applicants for Government moneys for remediation. The Government have written to anybody that has applied to the scheme to make it clear that if people wish to make comments about policy or about their own remediation situation, they should be allowed to do so.