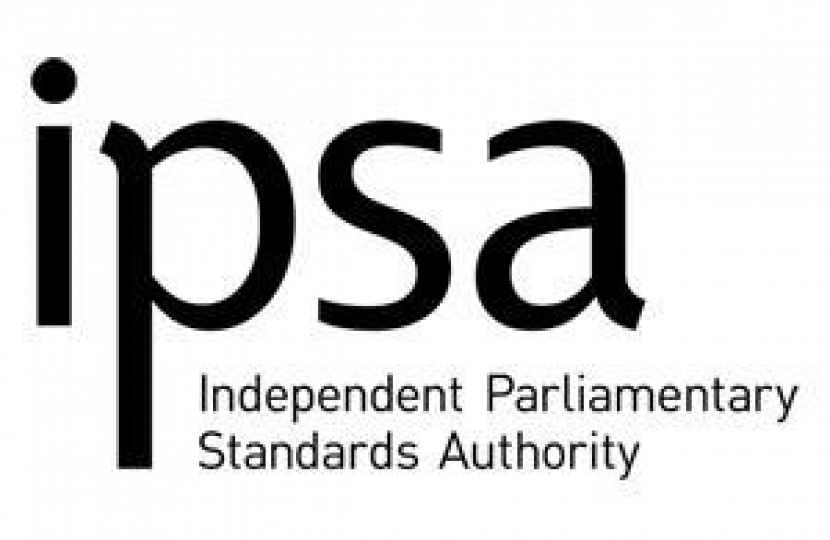 Members of Parliament cannot vote on their Parliamentary salaries, nor do they have any control over how they are set. The Independent Parliamentary Standards Authority (IPSA) are responsible for deciding the salaries, expenses and parliamentary pensions

IPSA is independent of Parliament and the Government. IPSA was created in 2009 by the Parliamentary Standards Act. The Act was amended in 2010 by the Constitutional Reform and Governance Act. Together they gave IPSA three main responsibilities:

IPSA publishes details of the expenses claimed by every MP. If you wish to view Rebecca's expenses claims in detail please visit the Independent Parliamentary Standards Authority Page at the following address:  https://www.theipsa.org.uk/mp-costs/interactive-map/

The Independent Parliamentary Standards Authority (IPSA) have a statutory duty under the Parliamentary Standards Act 2009 to review MPs’ pay in the first year of each Parliament.  Currently this consultation is ongoing, it will close on 6 November 2020.Rebecca believes it is completely inappropriate for IPSA to suggest that MPs should have a pay rise during this time.

IPSA has a legal duty to independently review, and publicly consult on, MPs’ pay within a year of a new parliament being formed. To that end, IPSA undertook a consultation starting in October. The unprecedented impact of the Covid pandemic has had an unexpected, but different, effect on public and private sector earnings. It is clear that applying the forthcoming official statistic for public sector earnings growth would result in a salary increase for MPs that would be inconsistent with the wider economic data and would not reflect the reality that many constituents are facing this year. The IPSA Board has therefore decided that the salary for Members of Parliament will remain unchanged for the financial year 2021/22.

"There has been a lot of misleading and false information about MPs expenses circulating online recently. Which I am happy to set straight… MP’s have NOT given themselves £10,000 to work from home, it is NOT a pay rise.

What has actually happened, was on 19th March, IPSA- a completely independent body which regulates MPs' pay and expenses announced that existing office costs budget will increase by £10,000 over the next financial year: 'to cover any additional costs you may incur to set up working remotely as a result of coronavirus'. MPs were not consulted about this increase in their allowance before the decision was announced by IPSA.

This extra budget can be used to buy additional equipment such as laptops and printers for staff having to work from home. It is not compulsory for the MPs to spend the £10,000, and NO MP will see a single penny of this money in their own personal bank accounts.

MPs did not have anything to do with this £10,000 budget increase. The Independent Parliamentary Standards Authority (IPSA) was created with the explicit role of dealing with Members' pay, conditions and expenses. This was with the intent to restore the reputation of Parliament after the 2009 expenses scandal. MP’s cannot vote on their pay, and MP’s do not set their expenses' budgets.

Finally, it is very unlikely that I will need to access this extra £10,000 for my office. I have never needed to go over the current office budget. I also already have been working from home, answering emails and speaking to constituents over the phone.

Personally, I do not claim any permittable expenses such as help with housing costs, travel expenses or late-night subsistence and taxis for when the House of Commons sits late into the night. The only costs I claimed in the last session were my office admin costs, staff salaries and the travel & subsistence costs for local youngsters on work experience. I try to offer work experience in my Westminster Office to as many young people from Castle Point as I can, and I know that several of them have since gone on to get good jobs. I consider it only fair to reimburse these youngsters for their rail fare to London and a modest lunch."