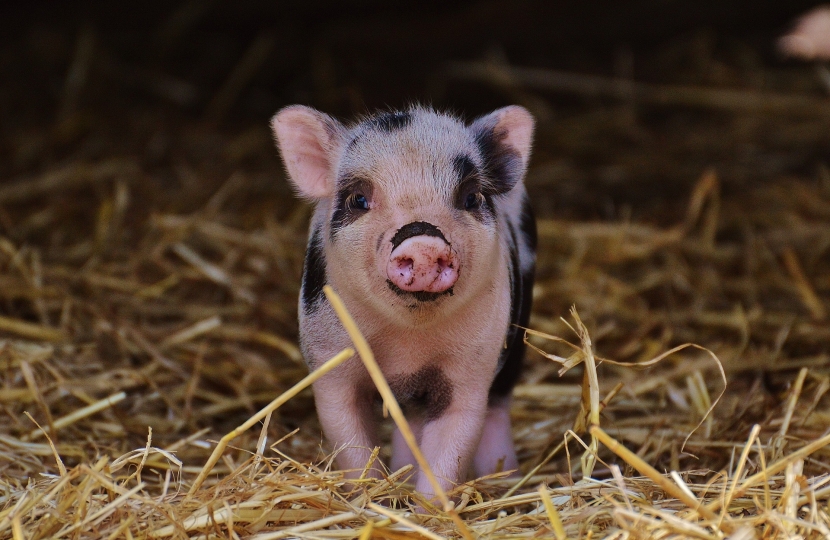 British agriculture has among the highest welfare standards in the world, and all livestock farms must comply with comprehensive environmental and animal welfare legislation. Since 2018 CCTV has been mandatory in all slaughterhouses.

I am pleased that a new code of practice for the welfare of pigs has now been published. This new code sets out the highest standards on how to keep pigs, using the latest scientific and veterinary advice to safeguard and enhance welfare standards and I urge all farmers and those in the industry to take full heed of it.

The Government cares very much about animal welfare and is currently examining the evidence around the use of cages for farm animals in order to consider the options. Ministers have been clear that it is their ambition that farrowing crates should no longer be used for sows. Indeed, the new pig welfare code clearly states that “the aim is for farrowing crates to no longer be necessary and for any new system to protect the welfare of the sow, as well as her piglets.” I am pleased to confirm the UK is already ahead of most pig producing countries in terms of non-confinement farrowing, with around 40 per cent of our pigs housed outside and not farrowed with crates.