My Views on Animal Welfare 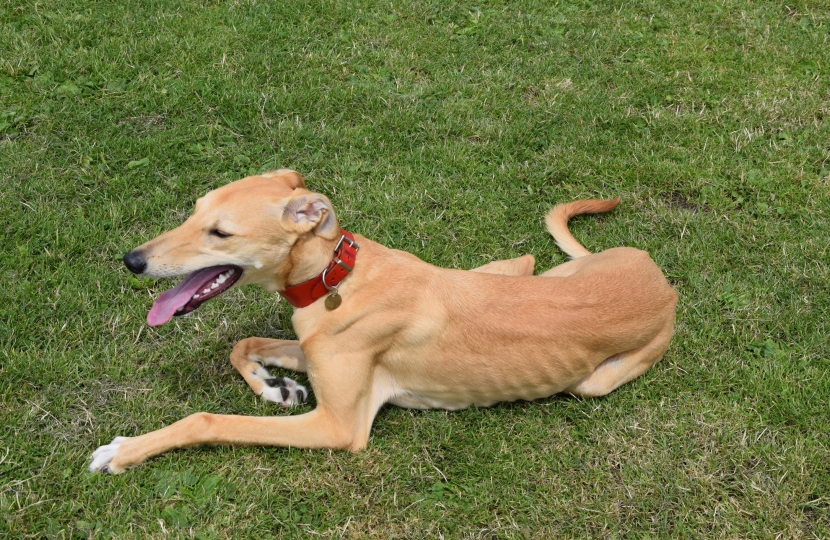 As an animal lover and dog owner I'm am always horrified to see news stories of abuse and I am pleased that we have a robust legal framework to tackle this vicious behaviour in the Animal Welfare Act 2006, which makes it an offence to cause unnecessary suffering to any animal.

The law, and the penalties for breaking it, were reviewed by the Parliamentary Select Committee for the Environment, Food and Rural Affairs in 2012. I am pleased to say that the previous cap in the fine charges of animal abuse can attract has been removed.

The Animal Welfare Bill enshrines animal’s capacity to feel, perceive or experience in UK law.  Animal abusers who commit the most despicable crimes could now face up to 5 years in prison. The change is a result of a number of recent shocking cases where courts have said that they would have handed down longer sentences had they been available.

Currently the maximum sentence is six months, but I am proud of the Government for bringing forward new legislation that increases the sentence tenfold. The increased sentence sends a clear signal to any potential offenders that there is no place for animal cruelty in England.

This Bill will mean animal abusers could face an unlimited fine and/or up to five years in prison, a significant increase from the current maximum sentence of six months. I am very pleased this will put us well above the European Average sentence for these crimes.

The new maximum penalty of five years is in line with campaigns by big animal welfare groups like Battersea Dogs and Cats Home, The Dogs Trust, and the RSPCA. In my view, this Bill is a hugely positive step forward in improving animal welfare and will act as a serious deterrent against cruelty and neglect. Crucially, I believe it will send a clear message that cruelty against animals will not be tolerated, with the maximum five-year sentence becoming one of the toughest punishments in Europe, strengthening the UK’s position as a global leader on animal welfare.

I understand the disappointment when the Bill fell due to the end of the Parliamentary session, however it has been re-included in the legislative programme and the Conservatives are committed to backing the Bill.

Under the Animal Welfare Act 2006 an attack on a police dog or other police support animal can be treated as causing unnecessary suffering to an animal, and the maximum penalty is 6 months' imprisonment, an unlimited fine, or both. Indeed the financial element of the penalty was raised in 2015 from a maximum fine of £20,000. Similarly an attack on a police animal could be considered by the court as an aggravating factor leading to a higher sentence. Under some circumstances assaults on support animals could be treated as criminal damage which would allow for penalties of up to 10 years' imprisonment.

Sentencing guidelines were updated in January 2017 and now include a new aggravating factor of causing unnecessary suffering to an animal being used in public service or as an assistance dog under section 4 of the Animal Welfare Act 2006.

I am proud that the Government has supporting Finns Law, a bill that makes it a specific offence to attack police or prison officer dogs and polices horses. It also removes a current provision for someone to claim self-defence if they have harmed a service animal. I agree that it is unpalatable to think of police animals as merely 'equipment' as the charge of criminal damage might suggest, and does not convey the respect and gratitude felt for the animals involved and their contribution to law enforcement and public safety.

The law is named after a German Shepard police dog who was lucky to escape with his life when he was repeatedly stabbed when trying to catch a robbery suspect. Within weeks, he was back on the beat with his handler who claims that Finn saved his life.

Draft legislation was originally put forward as a Private Members' Bill by Sir Oliver Heald and has now been passed into law.

I am glad that the Government proposed Ivory Bill set to come into law early next year (2019).  It will see the sale of ivory of any age, with narrowly-defined and carefully-targeted exemptions for items which do not contribute to the poaching of elements. Through covering ivory items of all ages, the UK’s ban will be one of the toughest in the world.

According to the Department for Environment, Food and Rural Affairs, anyone caught breaking the ban will face up to five years in jail or an unlimited fine. A consultation of 10,623 people was carried out and 87.6% of respondents expressed support for the Government’s proposed ban with only 4.3% in opposition.

The ban is important as the number of elephants worldwide has declined by almost a third in the last decade and around 20,000 a year are still being slaughtered due to the global demand for Ivory. As profits become ever greater, the illegal wildlife trade has become a transnational organised enterprise, estimated to be worth up to £17 billion a year. The further decline of elephants would also deprive some of the poorest countries in the world of their valuable natural capital, affecting economic growth and sustainable development.

I am proud that the UK is showing global leadership in the international fight against the illegal ivory trade and building on their work both at home and overseas. The UK military is training African park rangers in proven poacher interception techniques in key African countries, and Border Forces officers continue to share their expertise in identifying smuggled ivory with counterparts worldwide to stop wildlife trafficking.

Last year it was announced that CCTV recording will become mandatory in all slaughterhouses in England, a move I fully support. The new legislation came into force on 4TH May 2018 and delivers the Government’s manifesto commitment for cameras in every abattoir in England in all areas where live animals are present.

All slaughterhouses will be required to comply in full by 5th November, following an adjustment period of 6 months to enable businesses to install a suitable CCTV system.

I am proud of the Government for taking steps to cement the UK’s position as a global leader in animal welfare standards. Animal Welfare Minister Lord Gardiner said:“ We are a nation that cares about animals and these strong measures will ensure all animals are treated with the utmost respect at all stages of life allows us to continue to lead the way to raise the bar in high welfare standards.”

I am pleased that the Government are supporting a ban on third party puppy and kitten sales in England in order to drive up animal welfare standards. The Department for Environment, Food and Rural Affairs have done an extensive consultation on an outright ban that will mean anyone looking to buy or adopt a puppy or kitten must either deal directly with the breeder or with one of the nation’s many animal rehoming centres.

The ban follows a commitment by the Prime Minister in December (2017) to crack down on cruel puppy farms and their conditions. The proposed ban on third party sales is part of a series of Government reforms on pet welfare with new laws coming into force on 1st October banning licensed sellers from dealing in puppies and kittens under the age of eight weeks.

A conservation crisis occurring around the globe is causing the loss of countless species, and one of the main factors behind this is the illegal wildlife trade, which drives the decline of many of Africa’s animals, including elephants, rhinos and lions.

The Government has taken a leading role in the international fight against illegal poaching through the deployment of Armed Forces to train and mentor park rangers in Africa. The efforts allow rangers to form a skilled network to ensure that the world’s special species are here for generations to come. British Army troops are teaching African park rangers tracking infantry skills, bushcraft and information analysis to improve the interception of poachers.

Poaching in Malawi is estimated to have halved the country’s elephant population from 4,000 in the 1980s to 2,000 in 2015. Funding provided by the Department for Environment, Food and Rural Affairs’ Illegal Wildlife Challenge fund facilitates training in a number of locations across the country. Through mentoring, the long-term goal of sustainable law enforcement efforts against poachers is becoming a reality.

Our borough of Castle Point is not a rural constituency and I would not like to second guess the needs of farmers though I am aware that fox numbers must be controlled in some areas. However, I am assured that there are more effective methods of dealing with the problem than hunting!

Personally, I cannot understand why anyone would enjoy fox hunting, I think the current law works perfectly well as it is and see no need to change it!

I can also assure you that Conservative manifesto has stated - as ever - there would be a "free vote" given to MPs on any change in the law. This means that it will not be 'whipped' and MP's would be free to make up their own mind. Therefore it is not a policy Conservatives would be pushed to support, in fact there is a large group called 'Conservatives Against Fox Hunting' which shows this is not a simple party political issue.