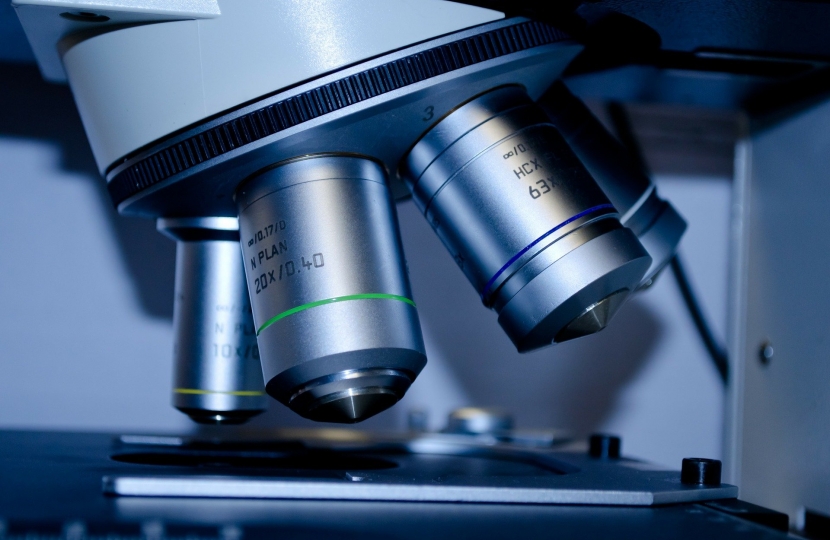 The carefully regulated use of animals in scientific research remains a vital tool in improving the understanding of how biological systems work and in the development of safe new medicines, treatments and technologies. At the same time, I believe that animals should only be used when there is no practicable alternative and I welcome the support and funding for the development and dissemination of techniques that replace, reduce and refine the use of animals in research.

Throughout history, research involving animals has been essential to our survival during epidemics and pandemics caused by infectious diseases. For example, animal research was vital in the development and production of the smallpox vaccine which eventually led to its eradication in 1980. It is worth remembering that, as a result of findings from animal studies, a large number of potential new drugs never get as far as being tested in humans. Some aspects of the toxicological assessment of new medicines cannot be adequately assessed in humans, and animal data will be the only kind available.

Without animal testing it is highly likely that a large number of potentially dangerous new medicines would be tested in healthy volunteers and patients in clinical trials, and I know Ministers believe that this would be quite unacceptable. However, animals are only used when there are no suitable alternatives, and by encouraging new cutting-edge approaches to science we will ensure that standards of animal welfare are improved. I am opposed to animal tests where alternative approaches could be used.

I fully support all steps to establish new methods and to support the life sciences and research industry. Since 2017, the Government has invested around £1 billion through two Life Sciences Sector Deals, helping to generate significant levels of industry investment in the UK. I am committed to making the UK the leading global hub for life sciences. The Life Sciences Investment Programme (LSIP) aims to unlock the potential of the UK’s best health and life science innovations, allowing companies to grow in the UK. This investment programme consists of up to £600 million of joint Government and industry investment.  It is important to remember that, existing scientific research methods ensure that, by the time medicines reach clinical trial, risks are significantly reduced.

It is welcome that the trade agreement struck with the EU recognises that voluntary cooperation on chemicals regulation can facilitate trade in ways that benefit consumers, businesses and the environment and can contribute to enhancing the protection of human and animal health. I am pleased that the agreement also notes the UK's and the EU's commitment to facilitating the exchange of non-confidential information on the issue of chemicals.

Ministers have stated their determination that there should be no need for any additional animal testing for a chemical that has already been registered to EU Registration, Evaluation, Authorisation and Restriction of Chemicals (REACH). The Government will recognise the validity of any animal testing that has already been undertaken and so avoid the need for further testing. The grandfathering of all existing UK-held REACH registrations into the UK system will further avoid the need to duplicate animal testing associated with re-registration.

The UK will now be able to establish its own independent chemical regime. Although both the UK and EU will operate REACH frameworks, the two systems will not be linked. This means that companies wishing to retain access to the UK market will be required to notify and submit registration data to the Health and Safety Executive to confirm the registrations and ensure compliance with UK REACH. I am pleased that the UK has been at the forefront of opposing animal tests where alternative approaches could be used. This is known as the last-resort principle, which will be retained and enshrined in legislation through the Environment Bill.

The testing of cosmetics and their ingredients on animals in the UK has been banned since 1998 and the UK has been instrumental in introducing this ban across the European Union and beyond. In 2015 the Government implemented a ban on the testing of finished household products on animals as well as a qualified ban on household product ingredients. This ban was a clear statement of the UK’s commitment to animal welfare.

The Consumer Protection from Unfair Trading Regulations 2008 (CPRs) already prevent deceptive commercial practices and should enable consumers to make informed choices about which products they want to buy. The Regulations also cover the omission of material information where goods are offered direct for sale to consumers and where the omission would be likely to affect the transactional decision of the average consumer.

In addition, there are controls in place on advertising in the UK. The Advertising Standards Authority (ASA) has responsibility for ensuring compliance with the British Code of Advertising, Sales Promotion and Direct Marketing, which requires all forms of advertising to be legal, decent, honest, truthful and prepared with a sense of responsibility to both consumer and society.