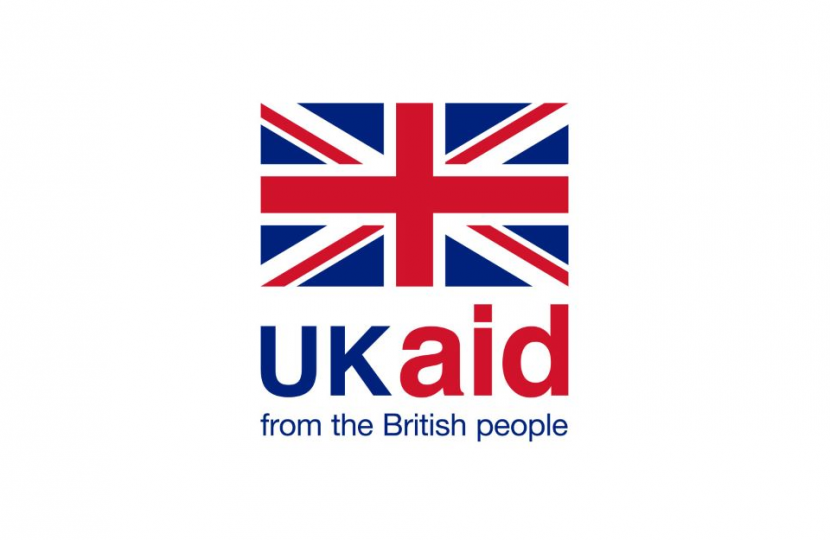 At this time of unprecedented crisis, tough choices must be made, which is why I supported a temporary reduction in the UK’s aid budget from 0.7 per cent to 0.5 per cent of the UK's national income. I am assured the UK will return to 0.7 per cent when the fiscal situation allows. That is, as the Chancellor clarified on 12 July, when the Government is no longer borrowing for day-to-day spending and when debt is falling. I believe this the most economically prudent way in which to return to satisfying the 0.7 per cent target in light of the prevailing economic circumstances. I welcome that the Government, recognising the strength of feeling felt by many Members across the House on this matter – and even though it was not necessarily obliged to do so by the International Development (Official Development Assistance Target) Act 2015 – gave Parliament a meaningful vote on its decision. I am glad that Parliament, recognising the need to manage the public finances responsibly and maintain strong investment in domestic public services, and voted to approve the Government’s plans.

The UK is still the biggest bilateral donor to the Global Partnership for Education, the largest fund in the world dedicated to improving education in developing countries; and the World Bank International Development Association, which works to accelerate progress toward the UN Sustainable Development Goals. Likewise, our contribution to the COVAX AMC is amongst the largest, and will contribute to the supply of at least 1.3 billion doses of COVID-19 vaccines in 2021, already reaching over 135 countries and economies.

The Chancellor announced in the 2020 Spending Review that the Government will prioritise our own domestic economic emergency and temporarily reduce international aid spending to 0.5 per cent of GDP.  Allocating 0.7% of our national income on overseas aid is hard to justify right now as we have seen the highest levels of borrowing on record in peacetime, with £280bn spent to get our economy through Coronavirus.  When we pledged to spend 0.7% in our manifesto, no one could have predicted the Coronavirus pandemic or indeed the long term affects it would have on our economy. The UK is facing the worst economic contraction in almost 300 years, and a budget deficit of close to £400 billion – which is double that of the last financial crisis. At this critical time, we need to prioritise our domestic emergency – prioritising jobs, livelihoods and our public services rather than sticking to rigidly spending 0.7 per cent of our national income on overseas aid.

However, I am pleased that the Government will never step back from our commitments on the world stage, based on the latest OECD (Organisation for Economic Co-operation and Development) data the UK will remain the second highest aid donor in the G7. Higher than France, Italy, Japan, Canada and the US. The Government’s commitment to spend 0.5 per cent is considerably more than the 29 countries on the OECD’s development assistance committee – who average 0.38 per cent of their national income. You will also be pleased to know that it is also our intention to return to spending 0.7 per cent, when the fiscal situation allows.

In the meantime, the UK will continue to protect the world's poorest and will spend more than £10 billion next year to fight poverty, tackle climate change, support girls' education, resolve conflicts and improve global health. The UK has a proud track record, since 2015, we have helped almost 52 million people access clean water or improved sanitation, vaccinated 76 million children, and provided 14 million children with a decent education.

It is also important to note that whilst the aid budget has been temporarily reduced, the UK’s defence budget also helps increase economic prospects in fragile states to counter extremism and protect the most vulnerable in the international community. The UK military has helped in Disaster Relief Operations Overseas such as when Typhoon Haiyan tore through the Philippines in 2013 or after the 2015 earthquake in Nepal. The UK contributes almost 6% to the overall UN peacekeeping budget and is the 6th largest funder. The British army is vital to these missions and has almost 600 troops deployed on UN peacekeeping operations around the world. For instance, an engineer task group of almost 300 personnel is deployed in South Sudan as part of operation Trenton. The UN mission involves using construction and the development of infrastructure to create conditions for peace and stability in the country. The task group has built hospitals, operating bases, bridges and made security improvements - benefitting thousands of local civilians. The British army upgraded 16 kilometres of road near a remote village, where women and children were required to walk long distances to collect food. Now the World Food Programme has better access to the village and the safety risks to the villages are dramatically reduced.

The UK is using the aid budget to its full effect to counter the health, humanitarian and economic risks of the virus. The UK has committed aid to combat coronavirus and reinforce global efforts to find a vaccine.

Personally, I am proud that the UK is at the forefront of the global response to Covid-19. There has never been a more important time for us to be out in the world, helping the most vulnerable in the world’s poorest countries and showcasing what the UK has to offer globally in terms of our expertise, our science and our influence to convene an international response.

The UK is now the largest single contributor to the Coalition for Epidemic Preparedness Innovation (CEPI), which is supporting the development of vaccines that will be available across the world. It is vital for the protection of the UK and the world that a vaccine is found and aid budget is enabling this.

The Department for International Development is leading the humanitarian support in the UK’s global efforts to combat the outbreak of Covid-19, including for those in refugee camps. This includes supporting World Health Organisation to help prevent the spread of the outbreak.

As we have all seen, coronavirus does not respect country borders. Health experts have identified the weakness of developing countries’ healthcare systems as one of the biggest risks to the global spread of the virus. the UK Government’s ability to protect the British public will only be effective if we strengthen the healthcare systems of vulnerable developing countries too.

The UK is working to update the Official Development Assistance (ODA) rules to ensure they reflect the breadth of UK assistance around the world. Reform is about getting the most out of the aid commitment for the world’s poorest and UK taxpayers. These efforts are building on the reforms to the Aid Budget that have been delivered in the past decade.

Certain publications have made a number of inaccurate claims regarding the UK's foreign aid programme which grossly misrepresent the real situation. Indeed a number of the projects they refer to are no longer funded and have not been for quite some time. Overseas aid is massively in Britain's interest. There are rigorous checks to ensure that aid is spent only on projects approved by the UK Government. These media stories that suggest that vast amounts of UK taxpayer money is being funnelled into the bank accounts of dictators and other corrupt officials is nonsense. Indeed under this Government the UK has increased the proportion of aid which the British Government has final say over the destination of the funds, while decreasing the proportion of aid given to organisations like UN.

Aid spending is now more transparent and accountable. Details of Department for International Development (DFID) programmes are published on DevTracker, with spend over £500 and information for contracts worth over £10,000 published on GOV.UK. In addition, before financial aid is provided, DFID checks the risks of corruption and only provides funding if it is clear that the money will be used for the intended purposes.

An independent body to oversee aid spending was established in 2011 to scrutinise aid spending. The Independent Commission for Aid Impact, which examines ODA spend across government, assesses how Ministers can drive efficiency, value for money and reach those most in need.

DFID has also stopped money going to ineffective aid organisations. The Multilateral Aid Reviews (MDRs) in 2011 and 2016 assessed multilateral agencies that received over £1 million in DFID core funding by testing alignment with UK priorities and their organisational effectiveness. On the basis of the 2011 review, Ministers took the decision to stop providing core funding to four institutions. Multilateral investments must be clearly justified in relation to UK priorities, multilateral performance and value for money, and, like all DFID programmes, are regularly assessed to ensure they deliver results, remain cost effective and prove good value for money for UK taxpayers.

Many people have written to me regarding the recent announcement of the merger of Department for International Development (DFID) and the Foreign and Commonwealth Office (FCO) expressing their concerns. As the Government Whip for both the Foreign Office and DFID I have first-hand knowledge and experience of the relationship between the two departments and can reassure you that they have a long history of successfully working together. I am therefore confident that this merger will be in the best interests of our aid and diplomacy work abroad.

The new Foreign, Commonwealth and Development Office (FCDO) will place UK Aid at the heart of what it does, leveraging the development expertise of DFID through the reach of the FCO’s global network.  The Prime Minister has been clear that this is not about rolling back commitments on international development, but about pursuing them with greater effect, and that reducing poverty will remain central to the UK’s international work. The UK remains committed to spending 0.7 per cent of Gross National Income on aid, being the only G7 country to have enshrined this in legislation.

The coronavirus pandemic is a timely example of why now – more than ever – foreign policy and aid objectives need to be joined up. The Government sees an ambitious vision for the future of the UK as an active, internationalist, problem-solving and burden-sharing nation. This will help us lead the way in tackling challenges, like stopping this disease.

The UK-hosted global vaccine summit in June is a prime example of what we, as a country, can achieve when we lead from the front. The summit brought together more than 50 countries. It smashed its funding target, raising over £7bn to help vaccinate people against a range of preventable diseases and prepare for the global distribution of a safe, effective coronavirus vaccine once one is developed.

This merger will mean that, within the new Department, we will see all the idealism and sense of mission that comes from DFID, alongside an understanding of the need to project UK values, UK policies and UK interests overseas. I have no doubt the new Department will deliver the UK’s ambitious international agenda. We are, and always have been, a bold and confident nation, unafraid to stand up for what we believe in. I see our development expertise working together with the best of British diplomacy as continuing squarely in that great tradition.