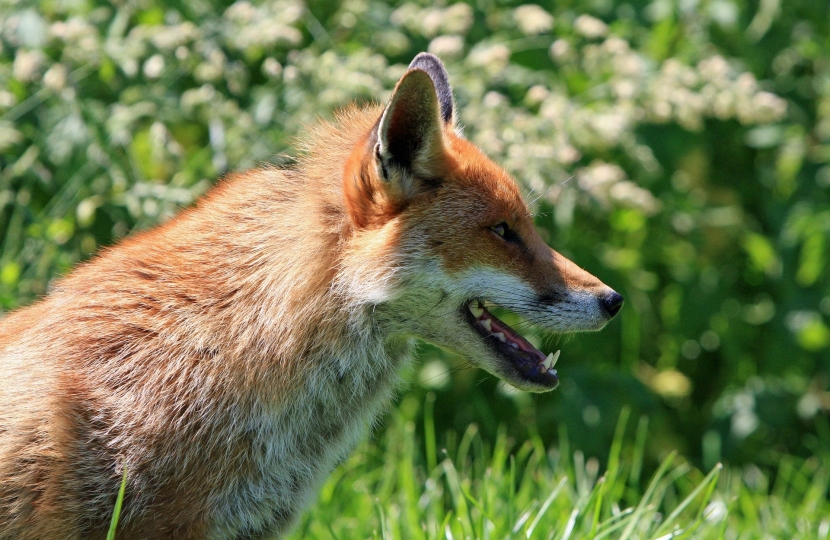 Over the years I have received a number of letters and emails on this issue and I appreciate the strong feelings many people have on this issue and their concern for ensuring the welfare of animals. Our borough of Castle Point is not a rural constituency and I would not like to second guess the needs of farmers though I am aware that fox numbers must be controlled in some areas. However, I am assured that there are more effective methods of dealing with the problem than hunting!

At the 2019 General Election, I was elected on a manifesto which committed to making no changes to the Hunting Act 2004.  Personally, I cannot understand why anyone would enjoy fox hunting, I think the current law works perfectly well as it is and see no need to change it! In fact there is a large group called 'Conservatives Against Fox Hunting' which shows this is not a simple party political issue.

Since the introduction of the Hunting Act 2004 many hunts have turned to trail hunting as an alternative to live quarry hunting. This involves a pack of hounds following an artificially laid, animal-based scent. It closely mimics the hunting that took place before the ban, but does not involve a hunt for a live fox, so is not banned. For an offence to be committed it is necessary to prove that a wild animal is being hunted intentionally.

If any wild animal was hunted intentionally, this can lead to a prosecution and an unlimited fine. Between 2013 and 2019, a total of 471 individuals were prosecuted under the Hunting Act and 227 individuals were found guilty. Anyone who believes that an offence has taken place during a hunt, including during a trail hunt, should report the matter to the police.

I recognise it is possible that dogs used for trail hunting may on occasion pick up and follow the scent of live foxes during a trail hunt. If that occurs, it is the responsibility of the huntsman and women and other members of hunt staff to control their hounds and, if necessary, stop the hounds as soon as they are made aware that the hounds are no longer following the trail that has been laid. Not doing so could be deemed an offence. Any evidence should be provided to the police, and it is for them to make a recommendation to the Crown Prosecution Service. If anybody is breaking the law on this sort of activity, I fully welcome prosecutions being brought.

As I am sure you can appreciate, it is up to each Local Authority to decide whether trail hunting can take place on public land within its jurisdiction. Likewise, it is up to an individual public body to decide what activity takes place on its land. I know, for example, Nottinghamshire County Council banned trail hunting on its land in 2019 and Forestry England can suspend events or stop them completely if illegal activity takes place.

Forestry England are clear that when they grant people licences or permission for activities in the nation’s forests that they must behave legally and responsibly or risk losing the right to carry on. I am aware of no Government plans to change the law on trail hunting across England and Wales.