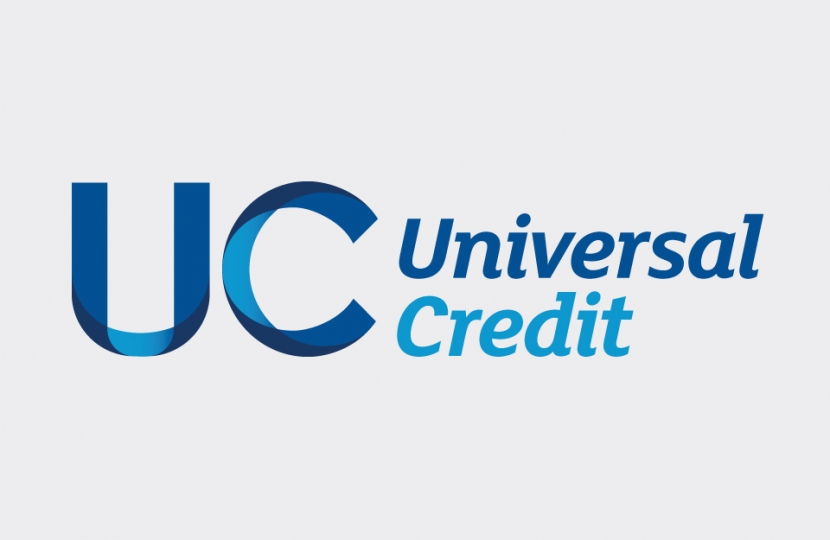 The Government’s approach throughout this pandemic has been to support all families–particularly those on low incomes–through a range of measures worth over £280 billion, including the furlough scheme, catch up funding for schools, a £500 million Hardship Fund and a £7 billion increase to welfare. We have boosted the Universal Credit standard allowance and Working Tax Credit by £1,000 per year. This builds on the 1.7 per cent rise in the value of working age benefits that came into effect in April, benefitting around 2.5 million households. Councils have also been provided with an extra £170 million via the Covid Winter Grant Scheme to support the hardest hit families with the cost of food and bills, building on the £63 million councils received last year

As announced in the March 2021 budget, this Government is support for the lowest paid and most vulnerable, by extending Universal Credit and Working Tax Credits. The temporary £20 uplift to Universal Credit will continue for a further six months. Due to the way the system works operationally, we need to give Working Tax Credits claimants their equivalent of 6 months of support through a one-off payment of £500. We’re also increasing the National Living Wage to £8.91 from April, and extending it to people over 23 – worth almost a £350 pay rise.

We are also increasing the Local Housing Allowance for housing benefits and suspending the Universal Credit Minimum Income Floor for 12 months. At the beginning of the pandemic, we launched a £500 million Hardship Fund to support families that are struggling to make council tax payments. We’ve now confirmed a further £670 million for 2021-22 which will help an estimated 5 million households not fall behind on their council tax bills.

Our Plan For Jobs aims to create and protect as many jobs as possible through measures such as the Kickstart scheme, the Restart scheme for the long-term unemployed, funding for apprenticeships and traineeships, and doubling the number of work coaches to get people back on their feet and into work

Under Labour the welfare system was broken, 1.4 million people spent years trapped on out-of-work benefits–with many receiving more than the average wage.50,000 households were allowed to claim benefits worth over £500 a week or over £26,000 a year–higher than the average wage at the time. Under Labour the welfare system punished work–people could lose over £9 of every £10 extra they earned. The benefit system was so complicated that for some people, there was virtually no financial incentive towork.20

Universal Credit was the biggest and most fundamental reform to the welfare state since its creation. It is a modern benefit based on the sound principles that work should always pay and those who need support receive it. Universal Credit is paid on a monthly basis to align with the way in which the vast majority of employees are paid, and with how service providers and utility companies collect payments. A package of support including budgeting advice and Alternative Payment Arrangements exists for claimants.

In the Budget 2018, the Chancellor announced a £4.5 billion package for UC, which is making a real difference to the lives of claimants across the country. An extra £1.7 billion a year is going into work allowances, increasing the amount that hardworking families can earn by £1,000 before their award is tapered away, providing extra support for 2.4 million working families.

This is on top of a £1 billion package of changes, providing two additional weeks of DWP legacy benefits for those moving onto UC, a 12-month grace period before the Minimum Income Floor is applied, and a reduction of the normal maximum rate at which debts are deducted from UC awards, from 40 per cent to 30 per cent of Standard Allowances. In April 2020 a £10m Universal Credit Transition Fund was introduced to help vulnerable people claim Universal Credit as a route into work

According to the Universal Credit Service Claimant Survey, 98 per cent of claims are made online and over half did not need help from others. All Jobcentres across the UK have free Wi-Fi and there are computers available to support customers with making their claim online. I am glad that for people who are still unable to access or use digital services, or are not able to travel, assistance to make and maintain their claim is available via the Freephone Universal Credit helpline. If a vulnerable claimant requires, a home visit can be arranged to support someone in making and maintaining their claim.

Help to Claim has been extended into a second year with grant funding worth up to £39 million enabling Citizens Advice and Citizens Advice Scotland to continue supporting our claimants. Help to Claim provides free, confidential and impartial support to help people make a UC claim. People using the service can get advice on anything to do with applying for the benefit, including gathering the required evidence, filling in the application or preparing for their first jobcentre appointment. People can also access support online, over the phone and face-to-face through local Citizens Advice bureaus.

The level of support for childcare costs within UC has increased from 70 per cent to 85 per cent, meaning a working family with 2 children can now receive up to £13,000 a year. This support is available to lone parents who are in paid work regardless of the number of hours they work. This helps ensure families with children are not disadvantaged when seeking work or looking to progress in their career, perhaps by taking on more hours. This is part of a wider package of increased childcare provision. This includes an extra 15 hours of free childcare available to working parents of 3 and 4 year olds since September 2017, and the gradual introduction of Tax-Free Childcare for working parents of children aged up to 12 and disabled children aged up to 17.

FIND OUT MORE... How to claim Universal Credit: step by step