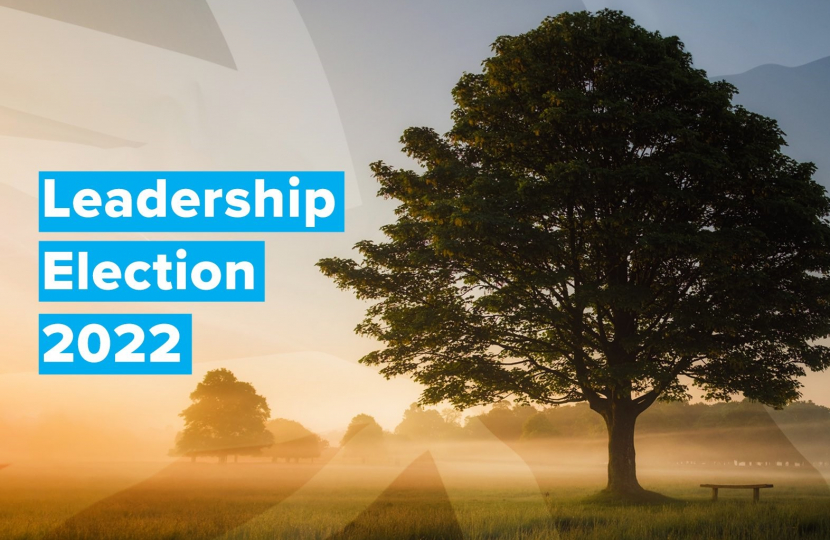 Many constituents have asked me about who I have been supporting in this leadership contest however I have to remain impartial throughout the process so I’m unable to state publicly who I might be backing. This is because I am a Government Whip, with an important constitutional role to support the Government and PM of the day as well as ensure the mechanics of the House of Commons business functions whatever else is happening.

The Government Whips will also remain in office throughout the transition period to ensure the smooth running of Parliament and take no public position on the Leadership election candidates, just as was the case when Theresa May stood aside previously.

While I will be remaining publicly neutral, I will be speaking to any candidates about the key issues constituents have raised with me such as the tackling Cost of Living and local priorities in Castle Point

I will be listening to my constituents on their views, and I will be backing the best person for the country and the constituency."

How will the Party choose a new leader?

The candidates will need a minimum of 100 nominations to proceed to the ballot. Nominations start on Thursday night and close at 2pm on Monday. If two or three candidates reach the threshold – which is possible – then there will be two rounds of voting from MPs. The first vote will take place on Monday at 3.30pm with results announced at 6pm and an indicative round, if needed, would take place that evening, with the final result at 9pm. If more than one candidate receives 100 or more nominations. A ballot of members will be conducted via secure online voting

The ballot will close at 11am on Friday 28 October and the result will be announced later that day. Only qualifying members, who have been a member for at least three months, can vote. There will be at least one husting between the final two candidates on broadcaster TV.