Prevention of Violence against Women 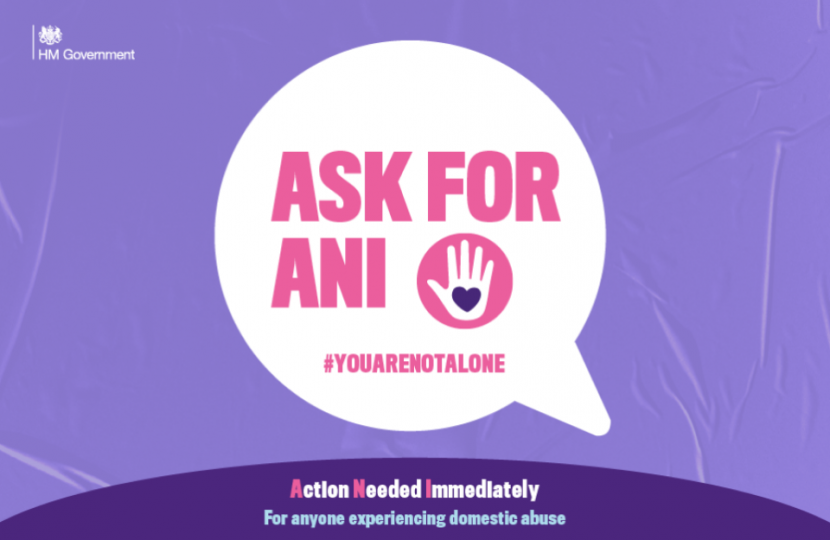 I have always been clear that protecting women and girls from violence and supporting victims is of the utmost importance. It is completely unacceptable that anyone in our society should live in fear of intimidation or violence. The Conservative Government has been committed to the prevention of violence against women since we resumed office in 2010. Throughout this period, the Conservative Government has introduced a wide rang of measures to protect and support women. Some of the key victim protection measures include:

Women and girls must feel safe while walking our streets. That is why the Government have continued to take action. Our landmark Domestic Abuse Act received Royal Assent in April 2021, transforming our collective response to that abhorrent crime.

It builds on other measures that we have introduced, including the controlling or coercive behaviour offence and the domestic violence disclosure scheme, known as Clare’s law, which enables individuals to ask the police whether their partner has a violent or abusive past. We have also introduced new preventative tools and powers to tackle crimes including stalking, female genital mutilation and so-called upskirting, but we can never be complacent.

That is why throughout the passage of the Domestic Abuse Act, the Government accepted amendments from Members from political parties across the House of Commons. The Act now includes a new offence of non-fatal strangulation, outlaws threats to disclose intimate images and extends the controlling or coercive behaviour offence to cover post-separation abuse. This is in addition to the measures the Bill had already included, such as a new statutory definition of domestic abuse that recognises the many forms that abuse can take—psychological, physical, emotional, economic and sexual—and, of course, the impact of abuse on children, as well as new rules to prevent victims from having to go through the pain of being cross-examined by their abusers in family and civil courts.

For any more information relating to the Domestic Abuse Act, please visit: https://www.gov.uk/government/collections/domestic-abuse-bill.

The Police, Crime, Sentencing and Courts Act ends the halfway release of those convicted for sexual offences such as rape. Instead, under our law, vile criminals responsible for these terrible crimes will spend at least two thirds of their time behind bars.

Our new law will extend the scope of the Sexual Offences Act 2003 with regard to the abuse of positions of trust—something that predominantly affects young girls—and it will introduce Kay’s law, which will encourage the police to impose pre-charge bail with appropriate conditions where it is necessary and proportionate to do so.

The Police, Crime, Sentencing and Courts Act includes a number of measures to protect women from violent and sexual crime that have been campaigned for and warmly welcomed. The Government hope that this will now provide reassurance and additional protection for alleged victims in high harm cases such as domestic abuse.

For any more information relating to the Police, Crime, Sentencing and Courts Act, please visit: https://www.gov.uk/government/collections/the-police-crime-sentencing-and-courts-bill.

Help during the Pandemic

For many victims, this pandemic has been an inescapable nightmare in which they often feel trapped and at greater risk of harm – no victim should be left to suffer alone. That is why the Government are has introduced a wide range of measures to help Domestic Abuse victims during pandemic and beyond.

The Government has announced a £40 million funding boost for specialist support services that work with victims of rape and sexual abuse, ensuring the most vulnerable in society get the protection they need through this pandemic and beyond. This funding will support organisations to recruit more staff, keep helplines open for longer and adapt to remote counselling where necessary – ensuring help remains available for those who need it.

This builds on the unprecedented £76 million to support victims since the start of the pandemic, will ensure the vulnerable in society get all the support they need through this difficult time. Funding was distributed across departments from Ministry of Housing, Communities & Local Government, Home Office, Department for Education and Ministry of Justice. This funding includes support for safe accommodation bed spaces, helpline support and community access support.

The Government has also published guidance for domestic abuse services in support of their service delivery at these unprecedented times and have made PPE available to Domestic Abuse Refuges. The guidance will help protect victims and their children residing in safe accommodation.

Additionally, domestic abuse, sexual violence cases and other serious offences have been prioritised by the courts during the pandemic. The Government has invested £80 million in a range of measures to reduce delays and deliver speedier justice for victims - including hiring 1,600 new staff and opening more temporary ‘Nightingale Courts’.

Last month the Government launched a new advertising campaign, #ItStillMatters, to raise awareness of sexual violence services and ensure that victims know where to get help.

The Government have also worked with independent pharmacies and Boots to introduce the Ask for ANI scheme, which enables those at risk or suffering from abuse to seek immediate support, discreetly and safely, by using the codeword they can speak to a trained pharmacy worker in a private space about accessing vital support or police help .The Prime Minister committed to launching this at the Government’s Hidden Harms summit last year.

Improving the strategy on tackling violence against women and girls

Action is needed to improve the outcomes for rape cases, and the Government are currently developing robust actions as part of our end-to-end review of rape to reverse the decline in outcomes in recent years. At the end of last year, in December, the Homes Secretary launched the first ever public survey of women and girls to hear their views on how we can better tackle these gendered crimes.

The Government has already taken a number of important steps in this area, including strengthening the law on crimes such as stalking, forced marriage and female genital mutilation, but there is more to do. There were many responses to the survey in December, shining a sobering light on the prevalence of gender-based violence in our society. But this information is also absolutely invaluable in shaping the most effective policy to fight the scourge of Violence Against Women and Girls.

On Friday 12 March, in the wake of the outpouring of grief caused by the tragedy of Sarah Everard, the Home Secretary reopened that survey. As of 11 am 15 March, the Home Office had received 78,000 responses since 6 pm on Friday 123 March. That is completely unprecedented, and considerably more than the 18,000 responses received over the entire 10-week period when the survey was previously open. The Government are listening to women and girls up and down the country, and their views will help to shape a new strategy on tackling violence against women and girls, which the Government will bring forward to the House of Commons later this year.

To contribute to the Government’s call for evidence, which has been reopened to reflect the recent public discussion about Violence Against Women and Girls to provide an additional opportunity to feed into the consultation, please visit: https://www.gov.uk/government/consultations/violence-against-women-and-girls-vawg-call-for-evidence. This consultation closes at 11:45pm on 26 March 2021.

Last night (15 March), the Prime Minister chaired the Criminal Justice Taskforce setting out the immediate steps the Government are taking to provide further reassurance for women and girls – taking action to ensure they feel safe on our streets.

Alongside bringing in landmark legislation to toughen up sentences and putting more police on the streets, the Government are taking immediate steps to ensure women have the protections they need to feel safe again. These new measures include doubling the investment in our Safer Streets fund to £45m in order to provide better lighting and the greater use of CCTV in parks – protecting women and making sure they feel safe walking through our towns and cities.

The Government are also committed to work with police forces and Police and Crime Commissioners to ensure these target areas of potential concern for women and girls and are now more focussed on preventing sexual violence. This could include targeting parks and alleyways, and routes from bars, restaurants and nightclubs as we see a return to the night-time economy, in line with the lifting of coronavirus restrictions.

To further support this, and help women feel safer in the night-time economy as we build back from the pandemic, the Government will also roll-out pilots of ‘Project Vigilant’ across the country. This is an internationally award winning-approach taken by Thames Valley Police where both uniformed and plain clothes officers identify predatory and suspicious offenders in the night time economy. This can involve officers attending areas around clubs and bars undercover to better ensure women are safe in these locations, and increased patrols as people leave at closing time.

Safeguarding Minister Victoria Atkins will continue to lead on this work, alongside the Home Secretary and Women and Equalities Minister Liz Truss. The Policing Minister Kit Malthouse will also hold a summit in the coming weeks with police and industry representatives from the night-time economy on preparations to protect women as pandemic restrictions lift.

Further steps agreed in the meeting include plans to consult on the Government’s intended Victims Law this Summer and £11million in funding to provide for more Independent Sexual Violence Advisors (ISVAs) to support victims through the criminal justice process.