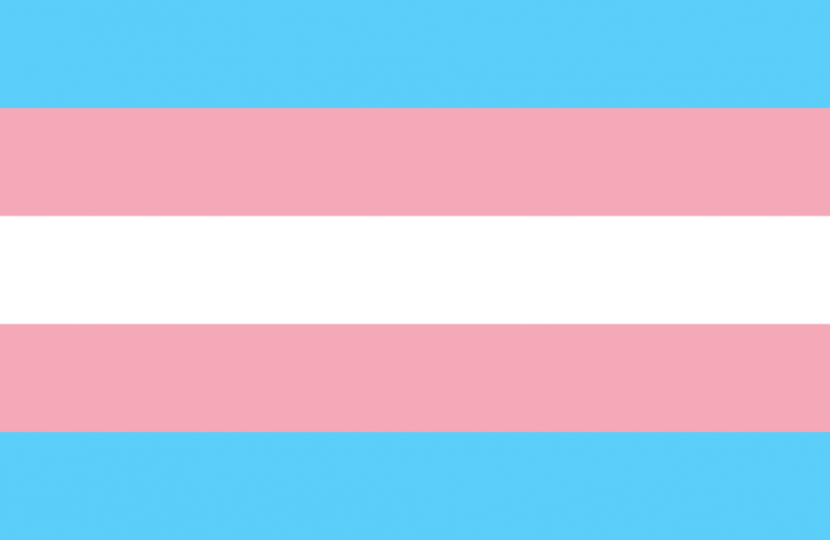 Britain leads the world as a country where everybody is able to lead their life freely and treated with respect and that, for many years, transgender people have been widely accepted in British society; able to use facilities of their chosen gender; and able to participate fully in modern life. At the heart of this is the principle of individual liberty. Our philosophy is that a person’s character, your ideas, and your work ethic trumps the colour of your skin or your biological sex. We firmly believe that neither biology nor gender is destiny. The Equality Act 2010 clearly protects transgender people from discrimination. The same act allows service providers to restrict access to single sex spaces on the basis of biological sex if there is a clear justification. We want every individual, regardless of their sex or sexual orientation to have the confidence and the freedom to be themselves.

We believe in the individual liberty and in the humanity and dignity of every person. We are proud to have introduced same-sex marriage and passed the Turing law.  We want transgender people to be free to live and to prosper in a modern Britain. We have looked carefully at the issues raised in the consultation, including potential changes to the Gender Recognition Act 2004. The Gender Recognition Act consultation highlighted a number of priorities for transgender people and I am encouraged that the Government Equalities Office is now taking action to address these. The process of applying for a Gender Recognition Certificate will be kinder and more straightforward, moving the whole procedure online and reducing the £140 fee to a nominal amount.

The Government’s consultation on the Gender Recognition Act (2004)

Following a considerable amount of consultation with the public and representative organisations, the Government has decided that the current provisions within the Act allow for those that wish to legally change their sex to do so safely and fairly. It is the Government’s view that the balance struck in this legislation is correct, in that there are proper checks and balances in the system and also support for people who want to change their legal sex.

I am absolutely committed to protecting women’s rights and freedoms. I completely understand that reforming the GRA is a complex and sensitive issue, which is why it is important for everyone’s views to be heard and listened to. I am especially glad that the Minister for Women and Equalities has said that any reforms will ensure the protection of single-sex spaces, which I recognise is extremely important. The Equality Act 2010 clearly protects transgender people from discrimination. The same act allows service providers to restrict access to single sex spaces on the basis of biological sex if there is a clear justification.

In 2017, we conducted by far the largest survey ever of British LGBT people, with over 108,000 respondents, of whom 7000 were transgender. Of those who had completed their transition, around 2 in 5 said that they had a Gender Recognition Certificate, a higher proportion than is often believed. The survey then asked those who had not applied what had prevented them from doing so. They were able to choose as many reasons as they wanted.

We have also come to understand that gender recognition reform, though supported in the consultation undertaken by the last Government, is not the top priority for transgender people. Perhaps their most important concern is the state of transgender healthcare. Transgender people tell us that waiting lists at NHS gender clinics are too long. The Government agrees and is deeply concerned at the distress it can cause.

That is why we are opening at least three new gender clinics this year, which should see waiting lists cut by around 1,600 patients by 2022. The full benefit of the increases in clinical capacity that we’ve been able to secure will lead to greater patient choice, shorter waiting times, better geographical coverage and easier access. It will also make it easier to fulfil the medical requirements of obtaining a GRC.

It is why last year we provided funding for the UK’s first National LGBT Health Advisor to help improve transgender people’s experience.

We will continue with our international leadership by hosting our International LGBT Conference to make sure LGBT people around the world are safe to be themselves. Minister for Women and Equalities, Liz Truss, will be publishing the analysis report of consultation responses as a Command Paper on https://www.gov.uk/government/publications/response-to-the-gender-recog….

All schools are expected to provide an inclusive environment that supports all of their children’s needs and allows them to reach their full potential, regardless of background or gender. Fundamentally, I believe that schools are best placed to decide how to support their pupils’ needs, taking into account parents’ wishes at the same time. Schools receive guidance and supportive measures from the Department for Education to help them do this.

It is up to schools, with the support of teachers and parents, to decide the most appropriate and necessary policies to put in place for their pupils. This may include whether they provide unisex or gender neutral toilets, and their approach to school uniform. The Department for Education is clear, however, that schools must tackle all forms of discrimination and this includes discrimination because of gender reassignment or sexual orientation.

I welcome that £4 million of funding that has been invested to help schools tackle homophobic, biphobic and transphobic bullying. This is helping schools across the country to develop inclusive policies and improve staff awareness of the lifelong harm homophobic, biphobic and transphobic bullying causes pupils. This includes innovative work with teachers to build their confidence and competence in responding to gender identity and transphobia issues. I know that many schools are already benefiting from this programme, which has been very successful.

In addition, Relationships Education is now compulsory for all primary school pupils, which will educate children from a young age not just about healthy family relationships and friendships, but also about respect and tolerance. Because of the increased pressures placed on schools by the coronavirus outbreak, schools have some flexibility as to when they start teaching the new subject. Schools should start teaching from September if they meet the statutory requirements. If they are not ready, or are unable to meet the requirements, they should begin teaching by at least the start of the summer term 2021.