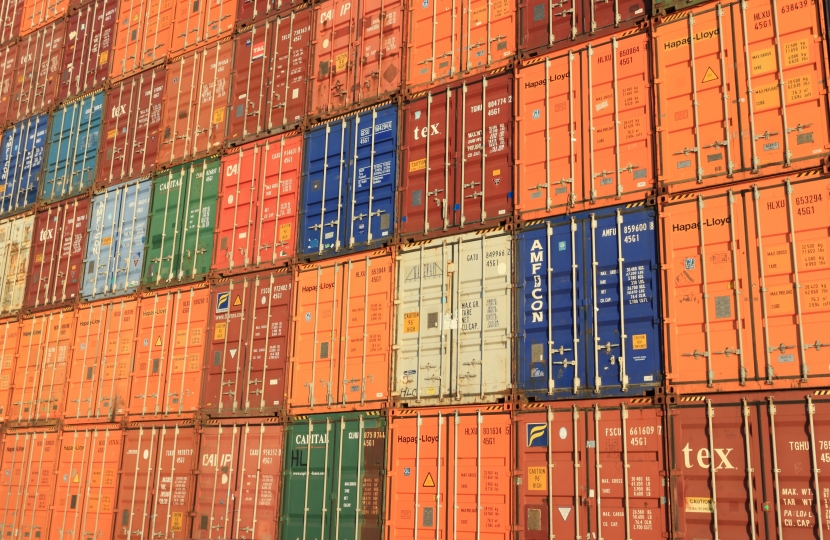 JULY 2020: Following votes on the Trade Bill, Labour have been spreading disinformation about the NHS & food standards.

The Trade Bill only deals with continuity trade agreements carrying over from those already in place as an EU member, purely to ensure trade continues as before – it has nothing to do with future Free Trade Agreements. It will continue to be for UK Government to decide how to deliver health services, and their priority will remain how best to serve the interests of patients. The NHS will never be on the table in any trade deal under this Government, and that includes the price we pay for drugs.

In addition, in leaving the EU, the UK will be acceding to the World Trade Organisation’s Agreement on Government Procurement (GPA) in its own right. The Bill’s provisions will make sure the UK can implement procurement obligations under the Agreement, ensuring continued access to £1.3 trillion per year of global procurement opportunities for UK businesses.

The Bill will also facilitate the creation of a new independent Trade Remedies Authority (TRA), to deliver a new UK trade remedies framework, which among other things will include protections for UK businesses from unfair trade practices or unforeseen import surges. The TRA will also investigate the effects of different markets on the UK to ensure fair trade practice and avoid goods dumping.

More trade is essential if the UK is to overcome the unprecedented economic challenge posed by coronavirus and succeed in the longer-term. New Free Trade Agreements are a powerful way to deliver greater prosperity, better jobs, higher wages, more choice and lower prices. Government analysis shows that ambitious trade agreements, such as with the US, could positively impact every part of the UK. There are gains to be had for almost every industry, from agriculture to businesses services.

Rigorous checks and balances on the Government’s power to negotiate and ratify new agreements also already exist, including through the Constitutional Reform and Governance Act 2010. Moreover, trade agreements cannot by themselves make changes to our domestic law. Any legislative changes required as a result of trade agreements would be subject to the separate scrutiny and approval of Parliament. Following the votes on the Trade Bill Parliament still retains any right to block any treaty from being ratified and will retain the right to reject any domestic implementing legislation necessary for a trade treaty.

I understand the concerns that many Castle Point residents hold, and I wish to make clear: The NHS is NOT for sale. The NHS will always be free at the point of use. This fear was brought up during the election and is simply anti-trade scaremongering by Labour. The Trade Bill cannot be used to implement future trade deals. It was absolutely not about the content of future trade deals and the future of the NHS, and it is misleading to claim otherwise.

Protecting the NHS goes to the heart of our negotiations. Our detailed negotiating objectives for new free trade agreements include:
- Protecting the right to regulate public services, including in the NHS
- On investment maintaining the right to regulate in the national interest and continue to protect the NHS
- Ensuring patent provisions do not lead to increased medicines prices for the NHS
- Making sure that Government Procurement maintains existing protections for NHS health services.

NHS will also be protected in any future trade agreement, including one with the US. The price the NHS pays for drugs will not be on the table, and nor will the services the NHS provides.

The Trade Bill only deals with continuity trade agreements carrying over from those already in place as an EU member, purely to ensure trade continues as before – it has nothing to do with future Free Trade Agreements.

Regarding the potential for future free trade deals with countries such as the United States, I am reassured by my Ministerial colleagues’ commitment not to compromise the UK’s high animal welfare, environmental, food safety and food import standards in any future FTA, including one with the US. Ministers do not intend to compromise the UK’s domestic welfare production standards either.

Our import standards include a ban on all artificial growth hormones in domestic and imported products and set out that no products, other than potable water, are used to decontaminate poultry carcases. Imports of chlorinated chicken and hormone injected beef are not permitted into the UK. All imports must meet our strict food safety standards. When we leave the transition period, all high food safety standards will be carried over into UK law and Parliament will retain the final say over such standards.

New clause 11, and new clause 7 would have significant unforeseen consequences and could well endanger existing trade. For example, the UK operates trade on the grounds of adherence to sanitary and phytosanitary (SPS) requirements only and the UK does not require other countries who trade with us to follow our own domestic regulations, whether we trade on WTO terms or through preferential trade agreements. This is not a UK-specific position. Existing trade agreements in place around the world do not require partner countries to operate by another country’s domestic regulations and standards; doing so would be unprecedented. If the UK were to insist on its domestic regulations being applicable to imports then it would create new barriers to trade for our own exporters, including our own farmers. In addition, if the UK adopted such a position it would hurt developing nations where access to UK markets is key to lifting millions out of extreme poverty.

"The Opposition think they are talking about chlorinated chicken and hormone-treated beef, but are they actually able to look people in the eye and say that cocoa from the Ivory Coast has been produced to at least as high environmental standards as in the UK? Are they able to say that beans from Egypt are being produced to at least as high labour standards? Are they able to say that tea from Sri Lanka comes with the same high labour standards? I think they are putting a lot of this country’s existing trade at risk.​"- Greg Hands MP: 20/07/20

My View on the NHS

The Conservatives have been running our NHS for 44 of its 71 years, and I fundamentally believe it’s there for everyone in the country to rely on free at the point of use.