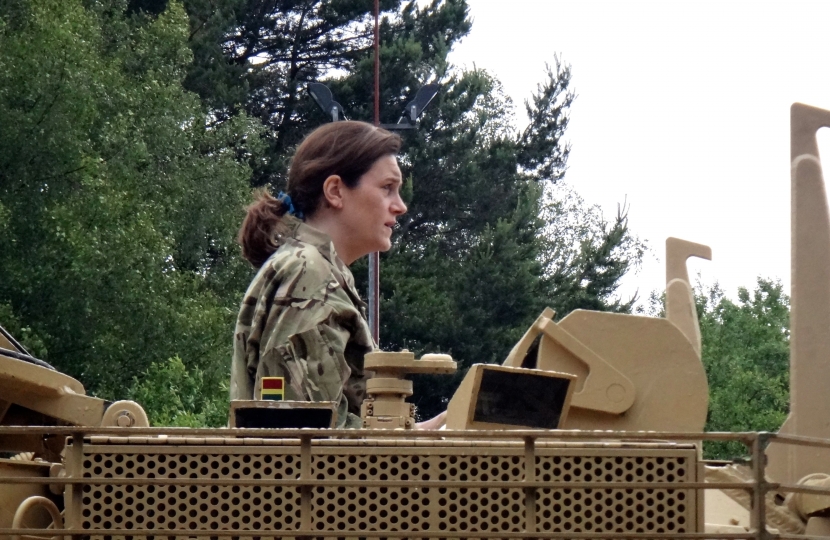 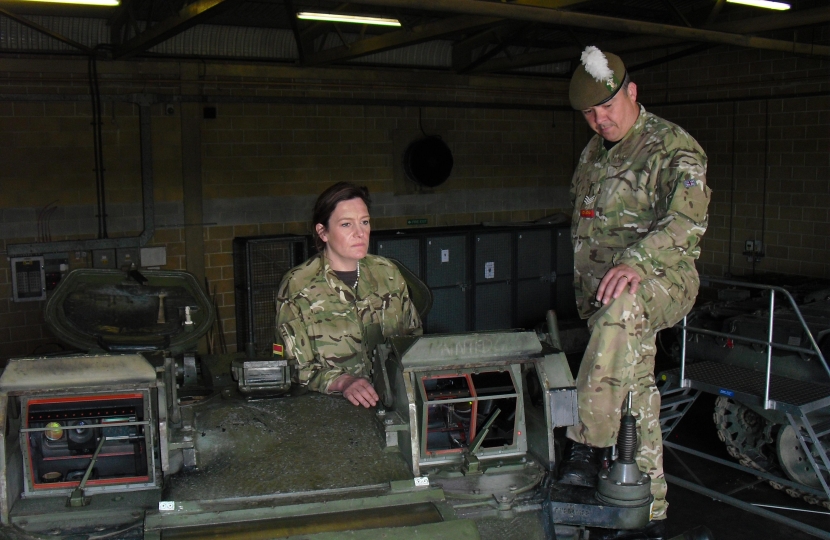 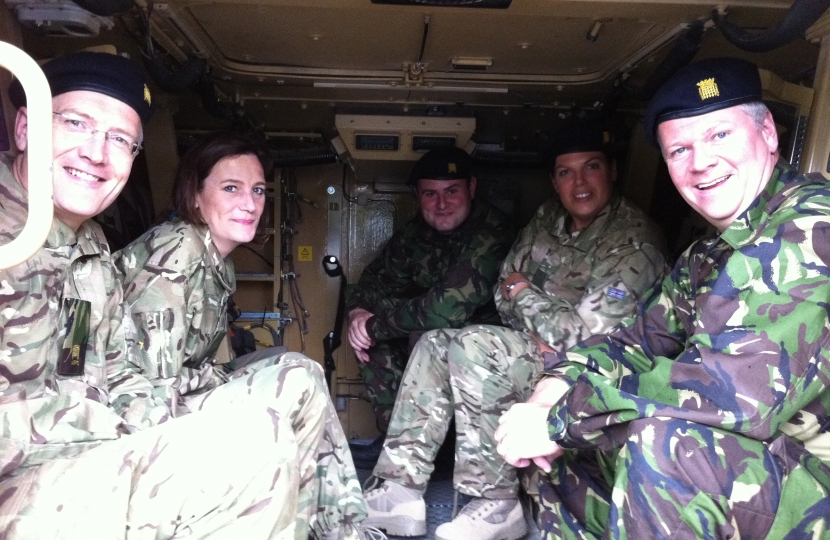 In May 2013 Rebecca attended the Armed Forces Parliamentary Scheme. The scheme, started in 1989, is a privately run initiative developed to give members the opportunity to experience first hand the ethos and culture of the Defence community.

Throughout the two day visit the peers, MPs and MEPs attend a series of presentations on the role of the military in a modern democracy and the strategic context for defence. The scheme provides a mixture of discussion groups on the realities of conflict and practical sessions on handling weapons and equipment.

The visit offers parliamentarians the chance to meet with senior members of the Defence Academy personnel for informal discussions across a range of issues, as well as including briefings from representatives of service charities such as SSAFA and Help for Heroes. Rebecca is firmly of the view that Members of Parliament have a duty to have a greater understanding of the issues facing the armed forces. Programmes such as the Armed Forces Parliamentary Scheme allow MPs who would not otherwise have the chance an opportunity to gain some first hand experience of military life.

Members are given the chance to select which branch of our armed forces they wish to be assigned to: the Royal Navy; the Royal Air Force; or the Army. Rebecca opted for the Army. With Defence being one of the most important policy areas being dealt with by MPs many members, including Rebecca, felt they needed a greater understanding of military life. In 2012, 74 MPs signed up to the scheme.

Commenting on her experience, Rebecca said "The AFPS is absolutely invaluable. The scheme allows members to gain some crucial first-hand knowledge of the military. Our armed forces are the best in the world and MPs have a duty to ensure they get the representation they deserve. I urge all members who have not already signed up to seriously consider doing so!"