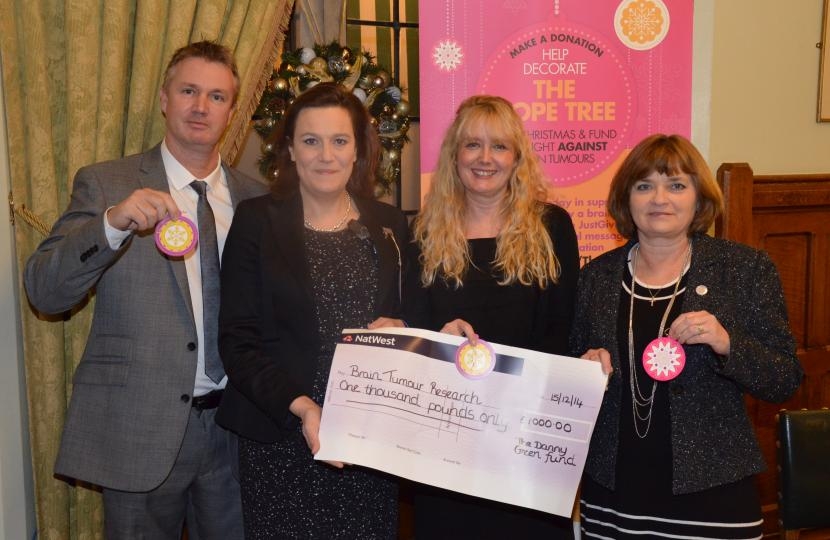 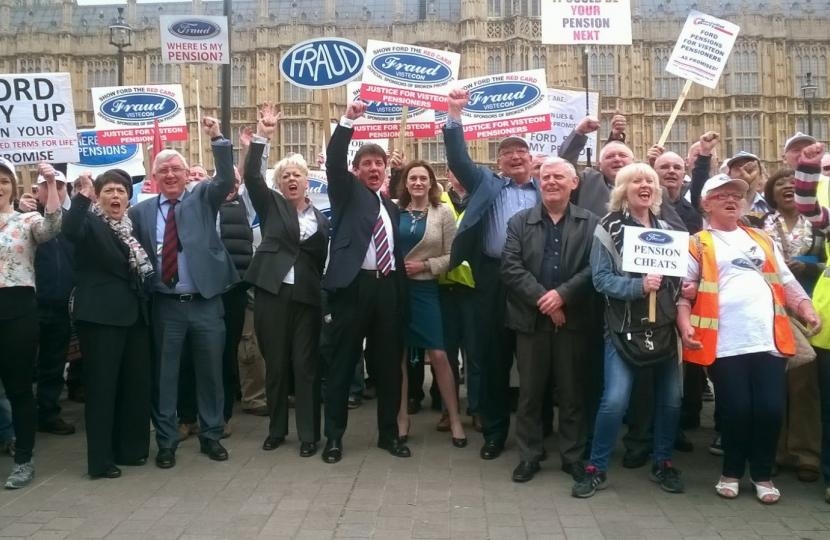 All Party Parliamentary Groups (APPGs) are cross party groups run by and for members of the House of Commons and House of Lords who informally meet together to discuss a particular issue of concern. There are hundreds of APPGs covering almost every interest and issue you could imagine. Throughout her Parliamentary career, Rebecca has been an active member of a number of APPGs, and these groups reflects some of the issues Rebecca feels passionately about.

APPG on Brain Tumours
Rebecca was the Chair of the APPG on Brain Tumours. The purpose of this group was to raise awareness of the issues facing the brain tumour community to improve research, diagnosis, information, support, treatment and care outcomes. Following the tragic story of Danny Green, an 11 year old Canvey resident who died from a brain tumor, Rebecca campaigned for more funding for Brain Tumor Research and was very pleased in 2018 when the Department of Health and Social Care and Cancer Research UK pledged an additional £45 million for the cause.

APPG on Maths and Numeracy
Rebecca was a founding member of the All Party Parliamentary Group on Maths and Numeracy.  This APPG sought to raise the profile of numeracy issues among Parliamentarians, and make recommendations on improving adult numeracy and the teaching of maths in schools. A proper grasp of maths and a decent level of numeracy are essential tools in the lives of everyone, and Rebecca believes that everyone should have the support they need to improve their skills.

APPG on Small Business
Having spent her career before becoming a Member of Parliament as a businesswoman, Rebecca is fully aware of the vital role that small business plays in our economy. Small businesses are the backbone of the United Kingdom. This group aimed to highlight issues faced by small businesses and their owners and to raise those issues in Parliament.

APPG for Visteon Pensioners
This APPG was set up to support the pensioners of the former Visteon UK after the bankruptcy proceedings against the company. Following a long four year campaign,  Rebecca and a number of her colleagues celebrated a victory for the Visteon Pensioners when Ford agreed to enter into constructive and binding talks with the view to settle claims for losses with a multi-million pound deal secured shortly after.

APPG for Metal Theft
This group focused on the scourge of metal theft affecting the UK, consider its impacts and look at possible solutions to this issue. This group invited non-parliamentary membership from amongst the affected sectors and the wider community to effectively tackle the problem.

APPG on Air Ambulances
This APPG aimed to raise the quality of care, effectiveness, and efficiency of the Air Ambulance Services for Patients through closer engagement with political leaders and policy makers. This Group was influential in bringing about the cut in VAT on fuel for air ambulances announced by Chancellor George Osborne in the 2014 Autumn Statement. This was fantastic news for Essex Air Ambulance in Rebecca's constituency.