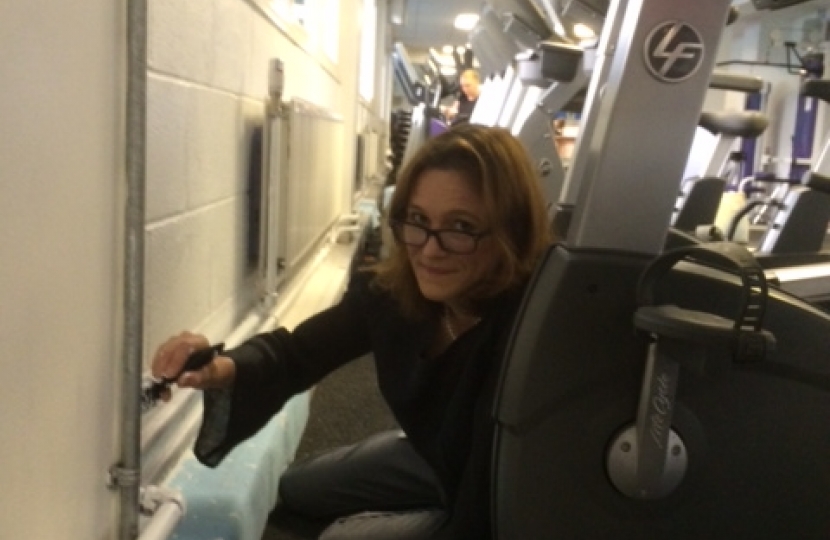 “People often ask me about my experiences before entering politics.

One of my earliest jobs was during my gap year when I worked for Madame Tussaud’s. My job was to sell pictures to tourists of themselves standing next to a waxwork of Benny Hill! The outfit for this job incidentally was vile!

During my years at University I had a number of catering, waitressing jobs, and bar jobs. My claim to fame is that I was turned down by George Best for a job in his wine bar for ‘not being classy enough’. I was also a painter and decorator during this time as well as a photographer’s assistant and even, briefly, a film company runner.

After leaving college I started work full time as a sales rep and delivery driver for a small publishing firm. For this job I was paid commission only for selling and delivering books around Greater London and Essex. Many of the authors I used to sell books for live in Castle Point. At this time I also worked weekends for seven years as a sales assistant at a gift and bookshop to help towards mortgage costs.

Later I became marketing director of the publishers firm – a position I held until the sale of the company in 2007 when I decided to focus full time on politics.

Ironically for such an important role there is no formal training for an MP so I tried to get as much political experience as possible. So I campaigned on green belt protection and on the campaign to Keep the Pound for the Conservative Party before the 2001 General Election.

Three years later I was invited to be Special Advisor for the Shadow Secretary of State for Trade & Industry because of my small business experience. I also worked part time in an MP’s office while I was Parliamentary Candidate for Castle Point to get a solid grounding in the day to day work of an MP.

Since being elected as Member of Parliament in 2010 I have been working full time for the people of Castle Point. I have no second job or any other source of income other than my parliamentary salary.”