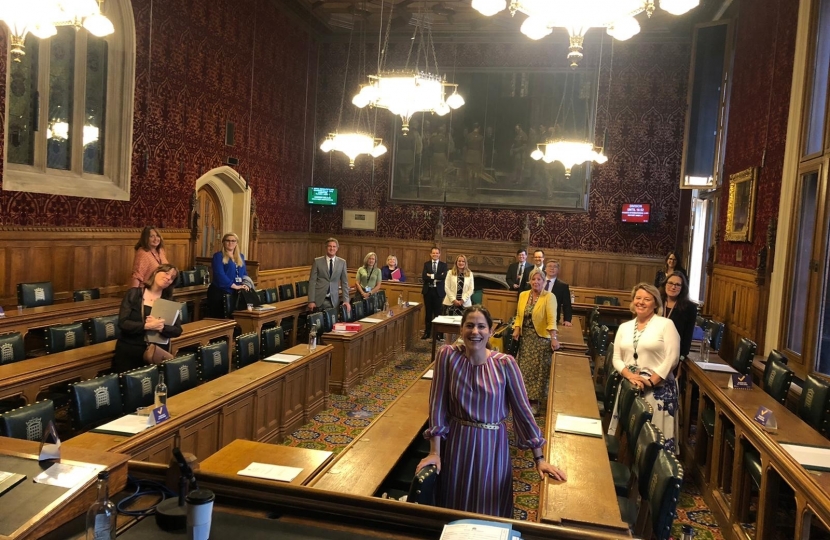 The landmark Domestic Abuse Bill passed through the House of Commons, the first step towards protecting victims of this heinous crime and ensuring perpetrators are properly punished.

The Domestic Abuse Bill,  sets out the first ever comprehensive definition of domestic abuse in all its forms, making it easier to bring charges against perpetrators. It also requires local authorities to provide support and ensure safe accommodation for victims and their children. The bill will also recognise for the first time that children can also be victims if they are in a home where it takes place, will end the practice of alleged abusers cross examining their alleged victims in all court setting and end the so-called “rough sex” defence in murder cases.

The Bill will also be accompanied by a wider package of measures to support the victims of domestic abuse and bring abusers to justice, including:

The Bill also builds on the Government’s previous actions to tackle domestic abuse and support the victims, including:

It also follows the announcement in February of a £16.6 million to fund 75 projects to support victims of domestic abuse.

Commenting, Rebecca said: “Too many people have to live in fear of abuse – whether it be physical, emotional or economic – from those who should make them feel safe and loved. That is why I am proud to play my part in supporting the Domestic Abuse Bill in Parliament, which will empower and protect victims and survivors in Castle Point and across the Country, while tackling perpetrators of this horrific crime at the earliest stage. Through this Bill, and by bolstering law enforcement, we will be able to keep millions of victims safe and ensure abusers are brought to justice.”