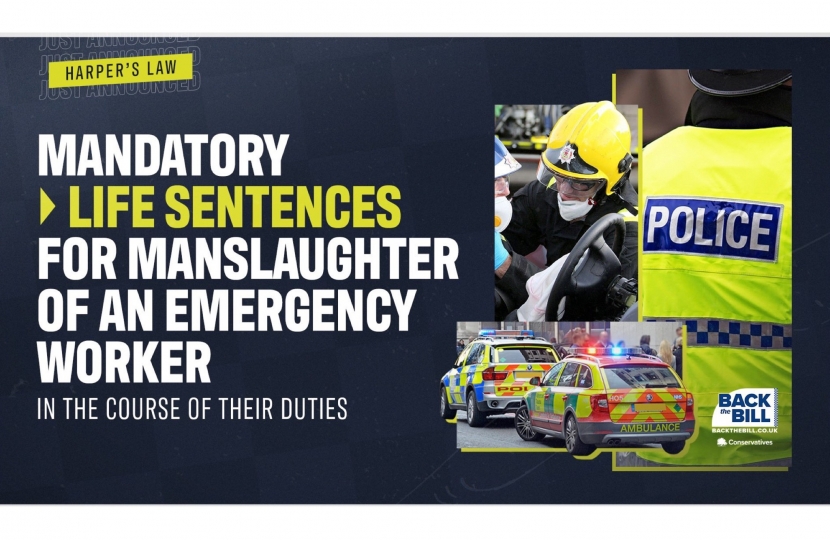 After the shocking and tragic murder of PC Harper in the line of duty in 2019, his family have been unwavering in their campaign to increase the protections for emergency workers against violent criminals. That is why the Government has confirmed that they are extending mandatory life sentences to anyone who commits the manslaughter of an emergency worker on duty – including police, prison officers, firefighters and paramedics – while carrying out another crime, unless there are truly exceptional circumstances. Courts must already impose life sentences for murder, with a whole-life order being the starting point if the victim is a police officer.

Today’s move follows an unwavering campaign by Andrew’s family, including his widow Lissie, and the Police Federation, and comes after a number of meetings with the Justice Secretary and Home Secretary.

For more information on Harper’s Law, including comments from the Secretary of State for Justice and the Home Secretary, please visit: https://www.gov.uk/government/news/government-to-introduce-harper-s-law.