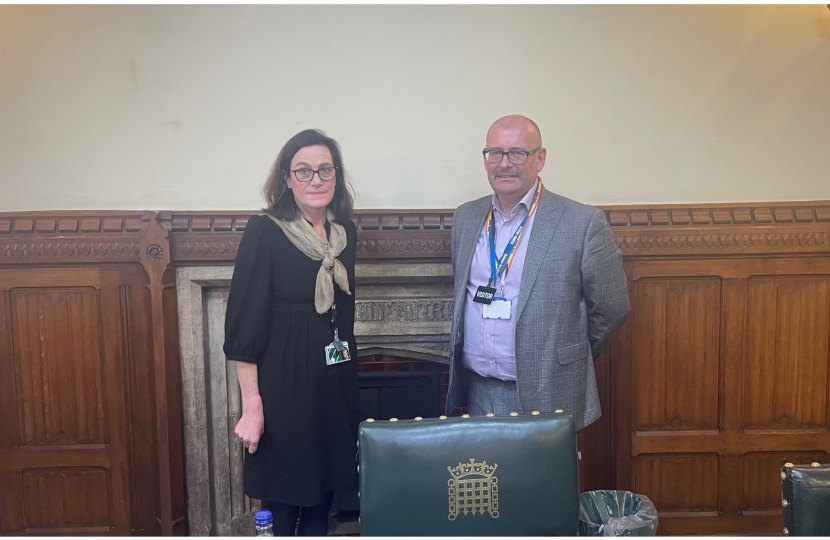 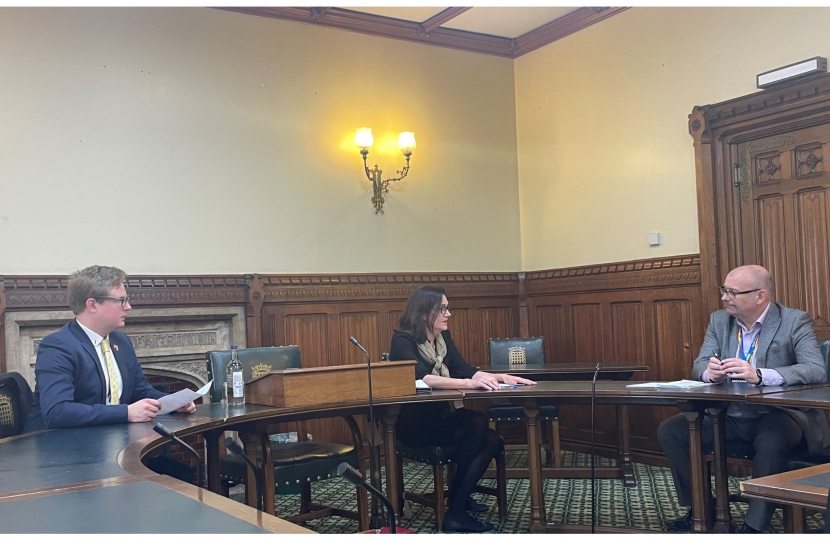 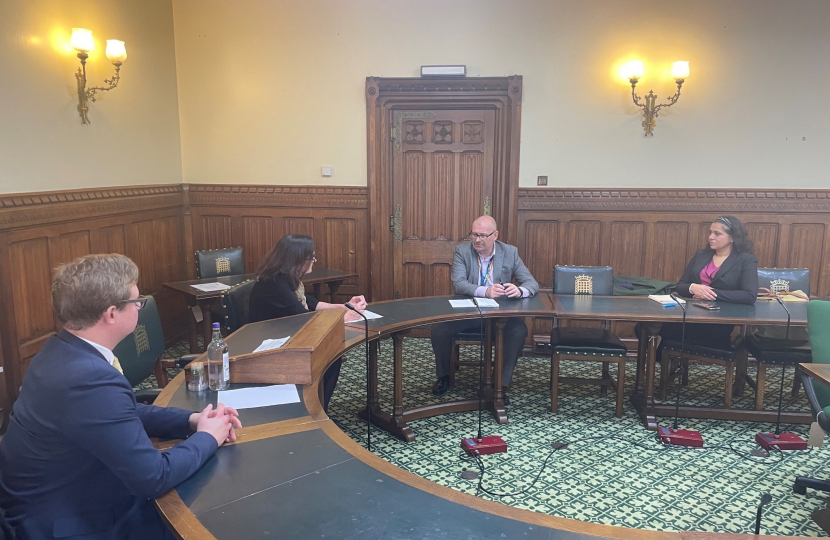 Castle Point MP Rebecca Harris has secured a commitment from Balfour Beatty that the lane closures at the Sadlers Farm junction on the A13 will be gone by the end of November. Mrs Harris secured the commitment from Mr Lindsay McGibbon, a Managing Director of the construction firm, after requesting he attended a meeting with her in the House of Commons, so she could raise motorists’ frustrations with the ongoing works.

The current lane closures are in place to allow Balfour Beatty to run tests on bridge bearings on the two bridges at the junction. Balfour Beatty anticipates a further lane closure in the new year to carry out any necessary remedial works as a result of those tests. Once completed, this should finally be the end of the series of works that have taken over seven years to complete.

Speaking at the meeting Rebecca said:

“The Sadlers Farm road works have turned into a never-ending story and residents have had enough. Up until now, Balfour Beatty has overrun on almost every project timetable they set out and that is completely unacceptable. Thousands of hours of Castle Point residents’ lives have been wasted stuck in traffic, hours they could have spent at work or home with their families.

“I am however very grateful that Sadlers Farm has been receiving attention at the top of the business and to have received commitments in person from a Managing Director of the firm. I am pleased that the current lane closures are due to be removed by the end of the month and I will be watching to ensure they keep that commitment. Although I am disappointed they tell me there is likely to be one more period of lane closures necessary next year to complete their work, they are required by Essex Highways to complete it to such a standard that further structural works should not need to take place for decades.”

Balfour Beatty has also pledged to keep residents far more informed about their remaining work and its timetable for completion.

Speaking after the meeting with Rebecca in the House of Commons, Mr McGibbon said:

“As we enter the final phase of the A13/A130 Sadlers Farm Junction scheme, I was pleased to meet with Rebecca Harris MP today to discuss the progress we have made and some of the challenges we have faced.

“We have offered our apologies for the inconvenience caused by the ongoing works and remain steadfast in our commitment to completing this programme of remedial works as soon as possible, at no additional cost to the taxpayer. We truly understand the inconvenience that these essential works have caused and I would like to take this opportunity to personally thank the public and the local community for their ongoing patience.”

“I am very grateful to Rebecca for arranging this meeting and to Balfour Beatty for sending a Managing Director to attend, as really enough is enough. Balfour Beatty has to stick to these pledges. I am sick of missed deadlines and residents are sick of sitting in traffic, seeing rows of cones out of their car window and not a worker in sight.”