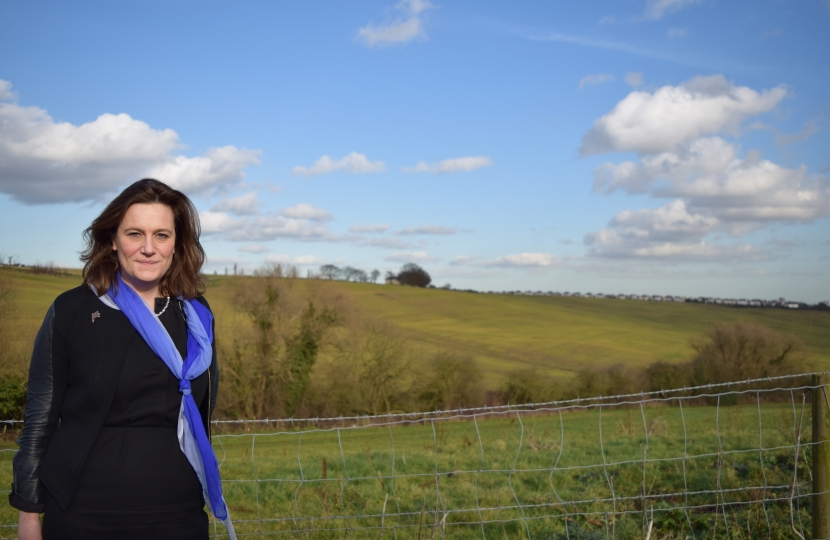 A December poll wasn’t at the top of most peoples’ Christmas wish lists and I’m grateful to everyone who has opened their doors to me while I have been out canvassing during this cold weather.

The big buzz phrase of this election is 'Get Brexit done', and quite rightly so. Only by winning a Conservative majority at this election can we finally ensure Brexit is delivered. But back when I stood for re-election in 2015 after my first term as Castle Point's MP, it was all about our 'Long Term Economic Plan'. Although Brexit has been the political focus in recent years, in the background our economy has been going from strength to strength.

The last time unemployment was this low I was still in pig tails. More people are in work in our country than ever before, wages and economic growth have been steadily rising, and through good management our nation's finances are healthy and Government borrowing is back under control. It means we can increase investment in services like our treasured NHS, getting more police on our streets and investing in schools and local infrastructure.

We have already committed an additional £33.9 billion to our NHS. We want to make it easier to see your GP - with 50 million more appointment spaces in GP surgeries, more GPs, more pharmacists and easier ways to book appointments. £119 million is already being spent to improve specialist services and patient care in Southend, Basildon & Broomfield hospitals, and we are getting three new state-of-the-art cancer scanners.

In Essex this year, there will be 215 more police officers on top of the additional 150 recruited last year, with 23 new town teams. I know this is exactly what everyone has been asking for on the doorsteps. Essex Police will be 400 stronger by the end of March 2020, and stronger than ever before within three years.

Schools in Castle Point are receiving an average increase of 5.2% funding from the Government this year. It has never been more important for our young people to receive a good education and good qualifications. But a growing economy also means the opportunities for good, rewarding jobs have never been greater either. With a Government that knows how to grow our economy we can continue that investment for schools and ensure our young people receive the best possible start in life.

Now it is also the time we can realistically push for the infrastructure projects that will improve our everyday lives, like the third road for Canvey and improving traffic flows on the A127. I convinced the Business Minister of the case for a third road for Canvey. He's agreed it needs to happen and has told the Department of Transport he is backing it. With that green light I am pulling together a taskforce to drive the project forward. We are also protecting homes from localised flooding. Since the flooding in 2014 things have improved a lot. I have made sure over £15 million has already been spent on better flood prevention and drainage in the borough and I will make sure that all the agencies who are responsible for protecting us from flooding keep investing and keep working together.

As a former businesswoman, I know that backing our local businesses is vital for our economy. The Prime Minister’s recent announcement on cutting business rates for small retailers, cinemas, and pubs will revitalise our High Streets and help smaller business make the most out of post-Brexit opportunities. Successful firms create employment opportunities and generate the taxes we need to fund our important public services.

But of course the Conservatives’ first priority is delivering the democratic mandate of the country and getting Brexit done. I campaigned to Leave in the referendum, but no matter how you yourself voted, I hope you agree with me that the democratic vote must be respected.  Time and time again the democratic will of the British people has been thwarted by opposition MPs in the House of Commons. Only a Conservative majority can get Brexit done and that is why your vote is so important.

This election is first and foremost a choice between more dithering over Brexit with Labour and the Lib-Dems, or delivering Brexit with the Conservatives. It is also a choice between continuing to drive economic growth to invest in the public services we all care about, or returning our economy to the high tax, high spend, high debt and massive state ownership model that led to the Winter of Discontent forty years ago.