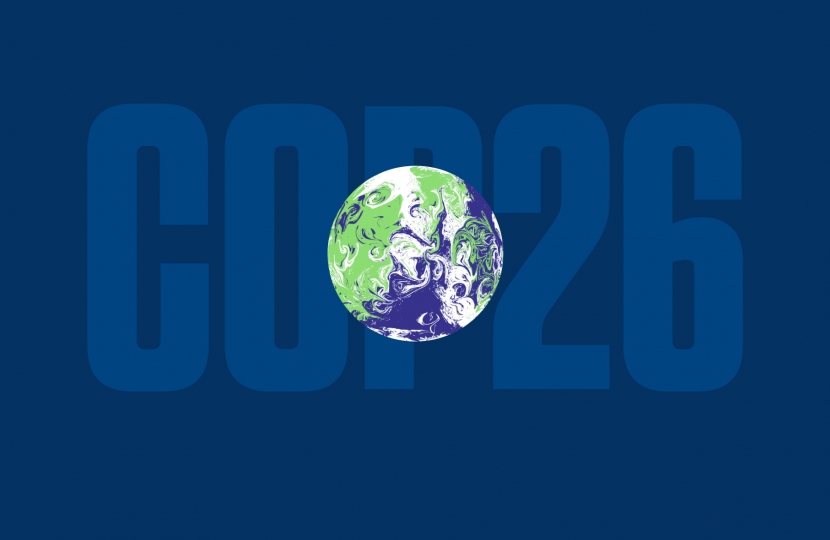 COP26 is the world’s last, best chance to reach agreement on the action needed to avert catastrophic climate change and support those already experiencing its effects.

Nations must take action to honour the goals of the Paris Agreement and keep a 1.5 degree limit on temperature rises within reach – the Government is calling for the world to make big commitments to change in four key areas – coal, cars, cash and trees.

It is one minute to midnight and we need to act now. If we do not get serious about climate change today, it will be too late for our children to do so tomorrow. We have to move from talk and debate and discussion to concerted, real-world action on coal, cars, cash and trees. Not more hopes and targets and aspirations, valuable though they are, but clear commitments and concrete timetables for change. We need to get real about climate change and the world needs to know when that is going to happen.

As the largest international summit the UK has ever hosted – this is the best chance to make the changes now and lead the world in tackling climate change.

Over 100 leaders make landmark pledge to end deforestation at COP26

More than 100 world leaders have backed a £14 billion agreement to end and reverse deforestation by 2030 – protecting and restoring the Earth’s forests.

Trees are our natural protection from climate change – absorbing around one third of global CO2 emissions – but we are still losing forests at an alarming rate. That is why we have announced a major international agreement to halt and reverse deforestation by 2030, signed by more than 100 world leaders – including the most densely forested countries such as Brazil, Russia and Canada – and backed by £14 billion of public and private investment.

The commitment will be supported by a pledge to provide £8.75bn ($12bn) of public finance from 12 countries, including the UK, from 2021 – 2025. This will support activities in developing countries, including restoring degraded land, tackling wildfires and supporting the rights of indigenous communities.

The UK will commit £1.5bn over five years to support the forests pledge, including £350m for tropical forests in Indonesia, and £200m for the LEAF Coalition.

The UK will also contribute £200m, alongside 11 other donors, as part of a new £1.1 billion ($1.5bn) fund to protect the Congo Basin. The area is home to the second-largest tropical rainforest in the world which is threatened by industrial logging, mining and agriculture.

As COP kicks off, countries are already delivering significant change to tackle climate change, and we will build on this success over the coming days to further protect our planet.

Yesterday at COP26 the Government agreed a deal with 105 countries to reduce methane emissions by 30% by the end of the decade, as we cut emissions and keep the target of 1.5 degrees alive.

Methane is the second largest contributor to global warming after carbon, and can warm the atmosphere 80 times as fast as carbon dioxide. Cutting these emissions will be vital in tackling climate change. That is why the Government has agreed a new Global Methane Pledge, with targets to reduce methane emissions by 30% by the end of the decade, signed by 103 countries covering half of the top 30 big methane emitters around the world.

This pledge is expected to limit global warming by about 0.2 degrees by 2050, cutting emissions as we build back greener.

The Government has announced new rules requiring financial institutions and listed companies in the UK to come up with net-zero transition plans, as we lead the world in tackling climate change.

As we make progress towards our net-zero target, it is vital that our largest companies and financial institutions join in the fight against climate change. That is why the Government will require financial firms and listed companies in the UK to set out detailed public plans from 2023 for how they will move to a low-carbon future. These will have to be submitted to our new Transition Plan Taskforce, which will set science-based ‘gold standards’ for the plans.

This will help make the UK the first net-zero financial centre, as we lead the world in tackling climate change.

The Government has announced that a 190-strong coalition has agreed to both phase out coal power and end support for new coal power plants as we lead the world in tackling climate change.

Coal is the single biggest contributor to climate change, so phasing it out and delivering a rapid transition to clean energy across the world is essential if we are to keep 1.5 degrees alive. That is why, thanks to a package of support from the UK and our international partners, a 190-strong coalition has agreed to accelerate the phase out of coal power, end support for new coal plants, rapidly scale up deployment of clean power generation, and make this transition in a way that benefits workers and communities. This includes 18 countries committing for the first time to phase out and not build or invest in new coal power, including Poland, Vietnam, and Chile.

This statement, launched today, commits nations across the world to:

This is on top of China, Japan and Korea, the 3 largest public financiers of coal, committing to end overseas finance for coal generation by the end of 2021, announced in the last year during the UK’s incoming COP26 Presidency. Agreements at the G7, G20 and OECD to end public international coal finance send a strong signal that the world economy is shifting to renewables. This could end over 40GW of coal across 20 countries, equivalent to over half of the UK’s electricity generating capacity.

This is a significant milestone in our global efforts to tackle climate change as we lead the way to end the use of coal, and embrace the benefits of a future built on clean energy.

Education Secretary puts climate change at the heart of education

The Government has announced a package of measures that will put the fight against climate change at the heart of education, empowering young people to play a role in conserving and protecting our planet.

Education is one of the most important weapons we have in the fight against climate change, allowing us to raise awareness and understanding of the collective challenge we all face. That is why the Government will introduce a series of measures that will put climate change at the heart of our education system including:

These measures will also build on the Government’s pledge for every new school delivered under the Department’s school rebuilding programme to be cleaner, greener and net-zero in operation.

The Education Secretary has also confirm plans to test innovative new Energy Pods that can replace gas and coal boilers and supply all a school’s heating and hot water without any carbon emissions. These are being tested first in some schools and then could be rolled out to other public sector buildings.

In addition, from December 2021, all Further Education (FE) teachers trained via an apprenticeship will be required to integrate sustainability into their teaching, through modelling sustainable practices and promoting sustainable development principles in relation to their subject specialism.

These measures, brought together in a draft sustainability and climate change strategy, will be built on over the next 6 months in collaboration with young people, educators, sustainability experts and environmentalists before the final publication of the strategy in April 2022.

By equipping young people with the skills and knowledge they need to help us build a more sustainable future, we will secure a better, greener and safer Britain for the next generation.

On Monday 19th September, Castle Point MP Rebecca Harris attended the Her Majesty the Queen’s funeral and took part in the formal processions in London and Windsor.