Celebrating 70 Years of the NHS 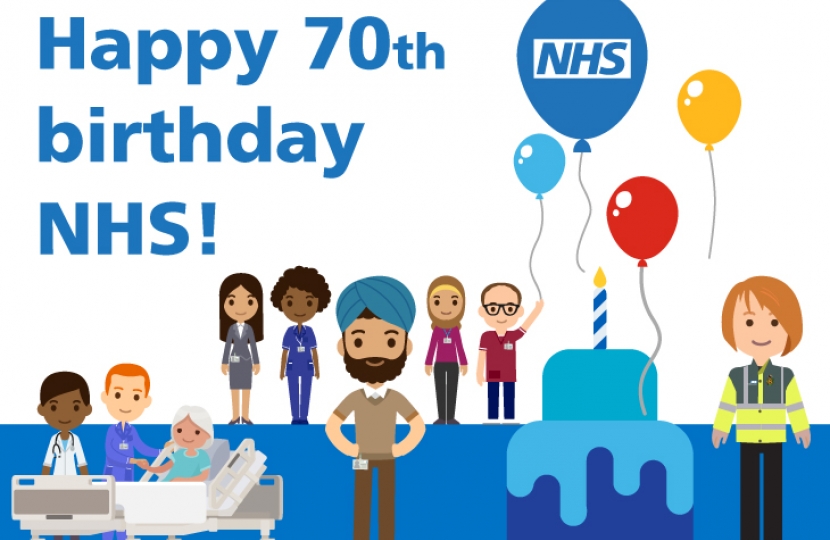 THIS month marks the 70th anniversary of the creation of the National Health Service, probably the best loved British institution.

Ahead of the anniversary, the Prime Minister announced a substantial new cash boost for the Health Service in England of £20.5 billion a year by the end of the next five years.

This is a real terms budget increase of 3.4% which comes on top of several recent cash boosts already announced for local health services in south Essex.

To increase the focus on NHS improvements in Mid and South Essex a new organisation was set up to better link-up our local health services, called the ‘Success Regime’.

In December we heard the Regime would receive an award between £5m - £10m to provide more tests for heart attack and stroke patients, saving hundreds of lives over the next few years.

There are now proposals developed by local GPs and other NHS and social care services to invest around £30million in primary care services across the area to increase the standard of care we receive at our GPs, dentists and optometrists.

The Success Regime has also announced a drive to cut waste locally and help GPs staff to reduce the paperwork burden on GPs, so they can spend more time with patients and less on bureaucracy.

They also plan to attract at least 50 new GPs to the area over the next two years. A new £1 million high dependency unit opened earlier this year at Southend Hospital, offering state of the art care for patients who are in a critical condition.

In April the first mobile stroke unit in the UK opened in our area and I am hopeful that this project will be rolled out permanently if the trial is successful.

We have incredibly dedicated health workers in Castle Point and I am very pleased that NHS workers are receiving a deserved pay rise.

More than one million NHS staff, including nurses, porters and paramedics, will receive a pay rise of at least 6.5% over the next three years.

Those on the lowest salaries will see some of the largest pay rises and many nurses and healthcare assistants will enjoy pay increases of at least 25%. I am sure that this is something that everyone will welcome.

It’s not just paid staff that make a difference in the community, in Benfleet and on Canvey we have the First Responders who help the Ambulance Service respond to emergencies.

They are volunteers not funded by the NHS but by private donations. Every day they administer support to those who need medical help. They make such a difference to our community and should be commended for excellent work.

Earlier this year residents were naturally concerned about talk of changes to the rapid response vehicle based on Canvey, in case it reduced our emergency cover.

As a result, I have had multiple meetings with the East of England Ambulance Service. Their proposals are part of a plan to improve the performance of the local ambulance service but they are based on a national review of how to get the right response to a patient more quickly.

Too often patients are being sent a car staffed by a single paramedic but they still have to wait for an ambulance if they need to go to hospital.

Instead the Ambulance Service want to replace a number of single-crewed rapid response vehicles in the east of England with 160 new ambulances staffed by two crew members.

This will mean hiring and training 330 new ambulance crew. The Ambulance Service assures me that if the rapid response car is removed it would be replaced with additional ambulances.

These plans are designed to improve ambulance waiting times in Castle Point. Currently the proposals are at the consultation stage and a decision will be made later this year.

While there are 112 more doctors in Southend Hospital than in 2010 we still need more doctors, especially GPs, as demands on the NHS grow.

Which is why the Government has announced the biggest rise in doctor training places in decades, including a brand new medical school opening this September at Anglia Ruskin University in Chelmsford.

With a 100 Government-funded medical student places, I hope this will inspire more local young people to go into medicine or any of the hundreds of other careers that are possible in the NHS, and then practice in Essex when they qualify.

Overall, I am very positive about the progress that is being made within the NHS in Essex. Here’s to another 70 years of our NHS!