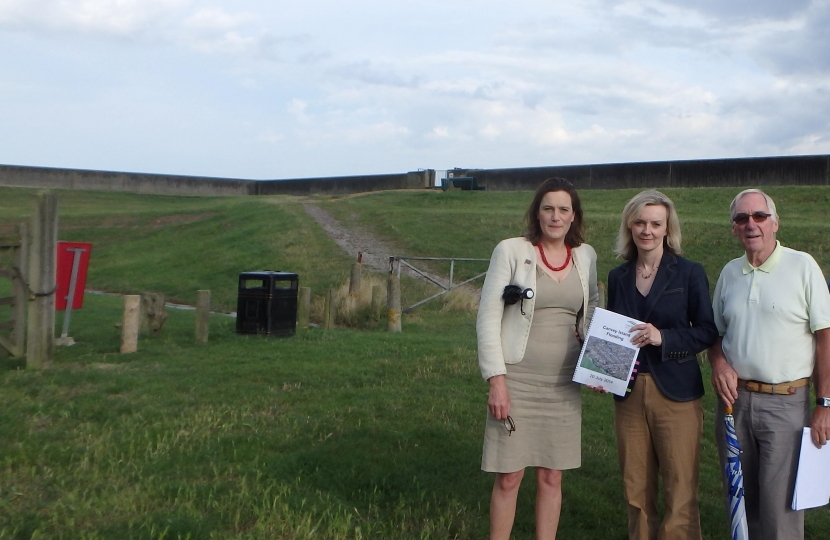 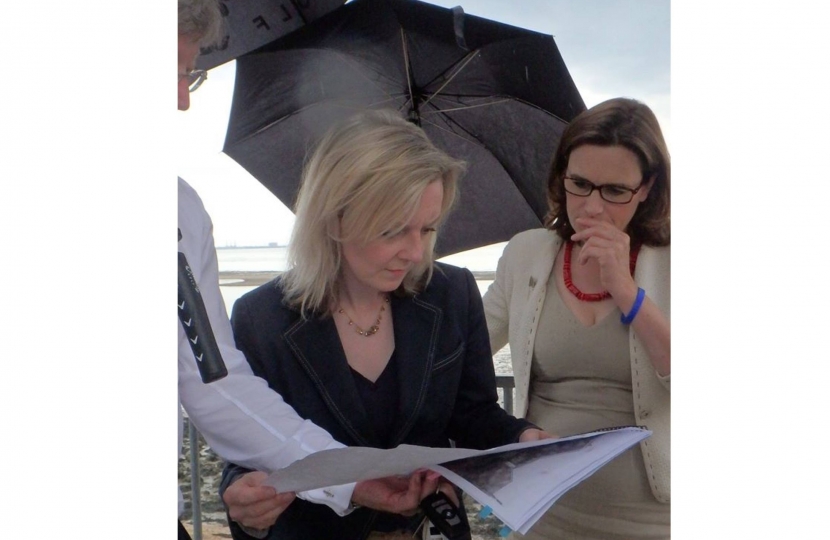 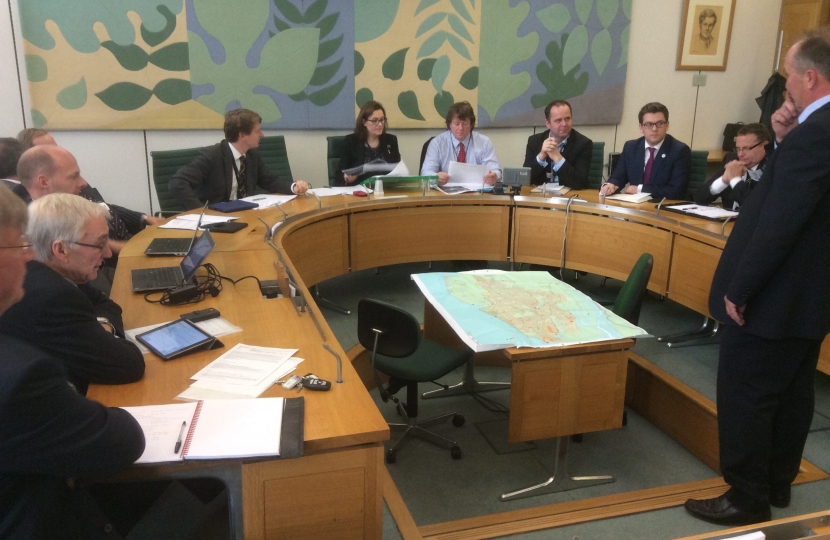 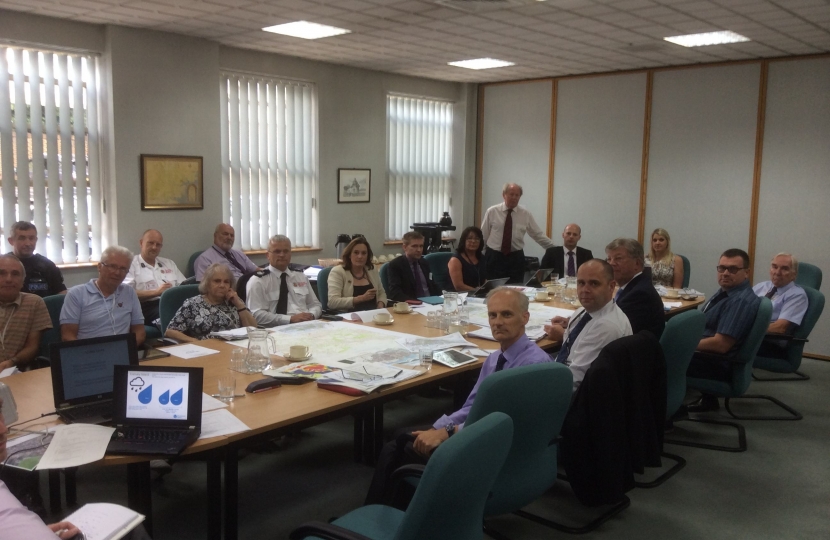 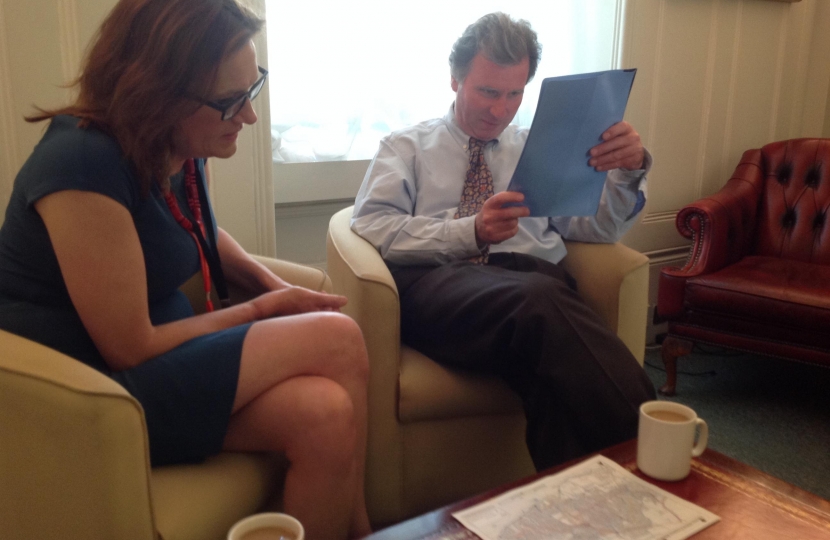 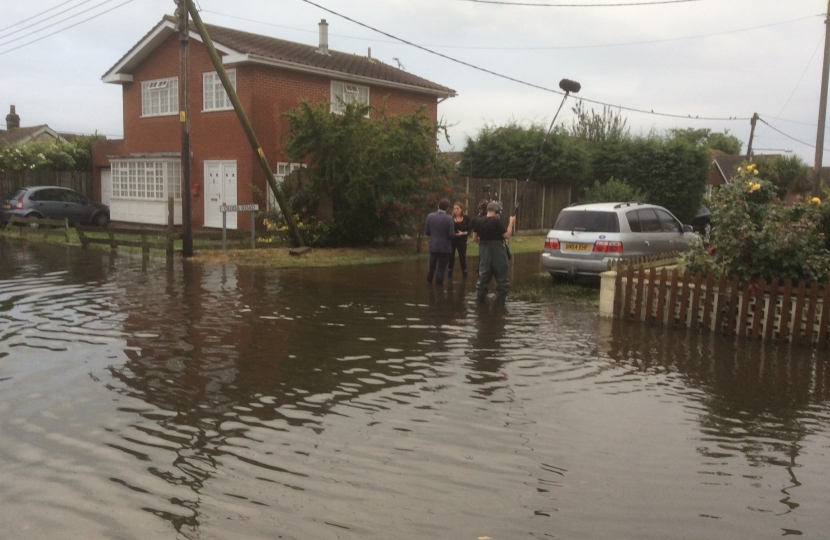 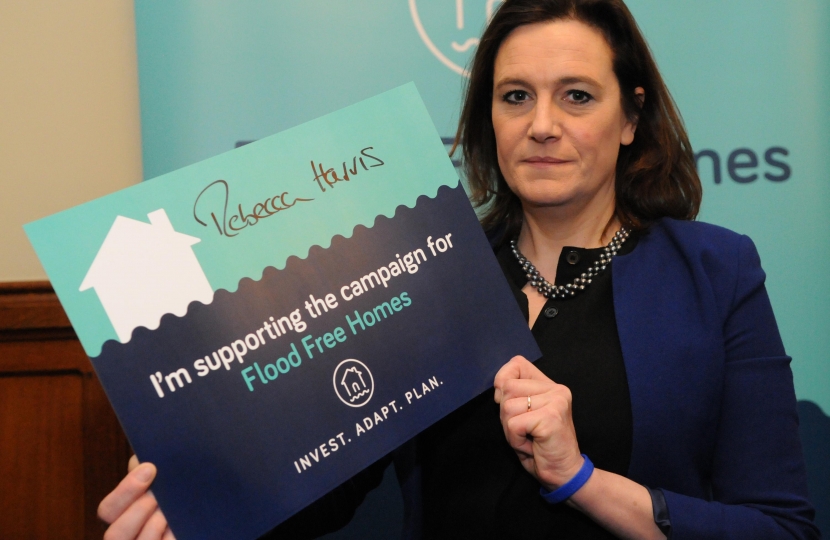 Rebecca has been working hard to ensure that the terrible flooding that happened across Castle Point in July 2014 does not happen again.

In the immediate aftermath of the flooding, at Rebecca's request the new Secretary of State for the Environment, The Rt Hon Liz Truss MP, came to see first-hand the devastation of Sunday’s flooding and be presented with the information gathered on it. She was accompanied by the National Head of the Environment Agency Paul Leinster and visited one of the pumping stations on the Island.

The Secretary of State agreed to Rebecca's request for an independent investigation by the Government’s Chief Scientific Advisor and the Department for the Environment, Food and Rural Affairs (DEFRA) and her support for Rebecca's pledge to find answers for Canvey residents.

Rebecca also held an emergency meeting at the House of Commons with representatives from Castle Point Council, Essex County Council, Anglian Water and the Environment Agency in attendance. As well as senior Government officials from the Department for Communities and Local Government and DEFRA. Robin Walker MP, the Parliamentary Private Secretary to the Secretary of State for the Envrionment, Food and Rural Affairs. The agencies agreed to put extra resources into clearing the drains around Castle Point more quickly and put out bulletins to local residents on the scheduled work being undertaken in their area.

The reports by the Government's Chief Scientific Advisor and DEFRA looking into the causes of the flooding and what the local agencies had to do to prevent it happening again have now been published and Rebecca is personally scrutinising how well the various agencies are taking on board the recommendations.

Rebecca has also been working hard to lobby the Government for an extension in the ‘Repair and Renew Grant’ for flood hit homes, fighting for Government money to be allocated for improvements to the flooding infrastructure on Canvey.

The FloodRe scheme has now gone live and enables insurers to offer competitive premiums and lower excesses to high flood risk homes across the UK, which should hopefully be of benefit to the many people affected by flooding on Canvey who have been struggling to get affordable home insurance. Further information on FloodRe can be found on the FAQs document attached to this page or by visiting the FloodRe website: http://www.floodre.co.uk/

For anyone who was affected by the floods, a dedicated website has been set up by Anglian Water, Essex County Council, Castle Point Borough Council and Essex Highways to provide updates from those bodies. This site also contains links to the various reports published on the floods last year including the report of the Government's Chief Scientific Officer, Sir Mark Walpot. You can find this website here: http://www.canveyflood.co.uk/

" I would like to reassure all residents of Castle Point that I will continue to put pressure on all the responsible flooding agencies and continue to do as much as I can to make sure that this cannot happen again and that all those who were flooded receive the support that they deserve!"