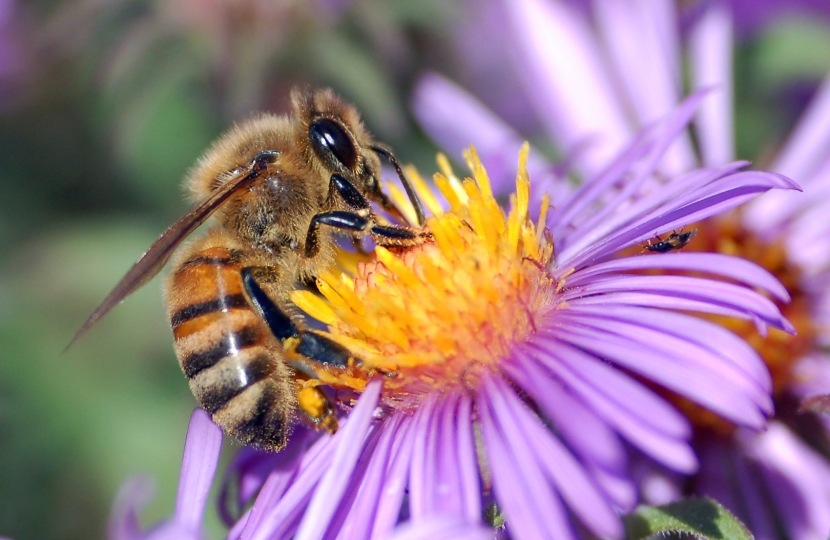 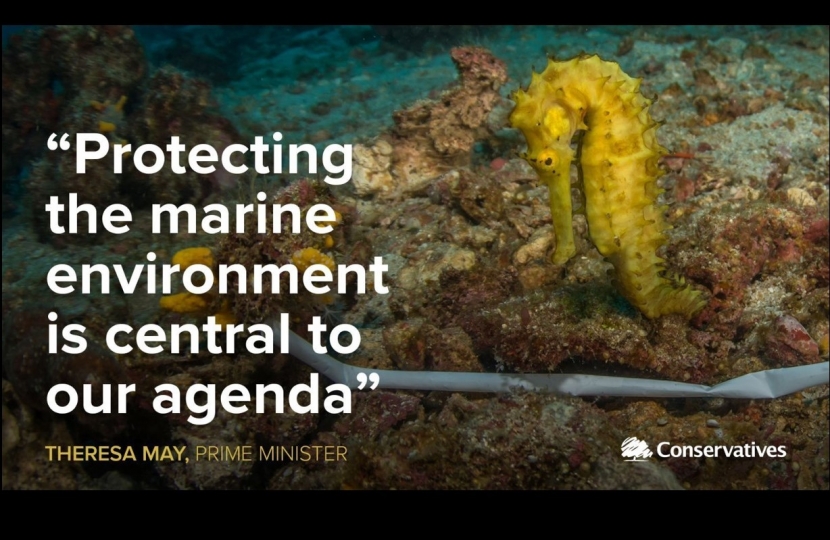 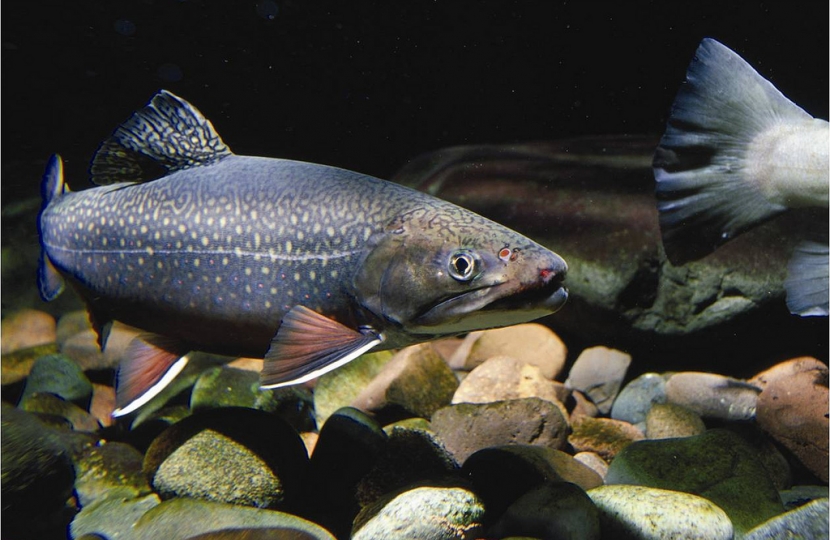 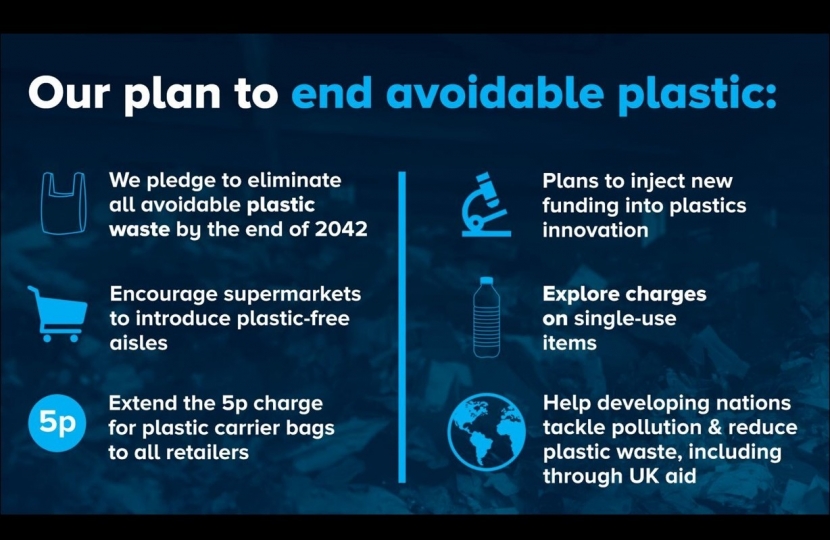 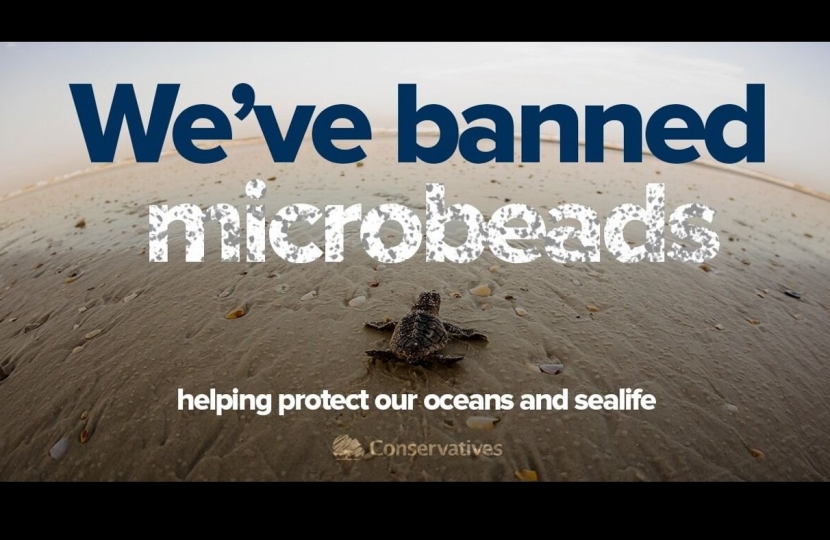 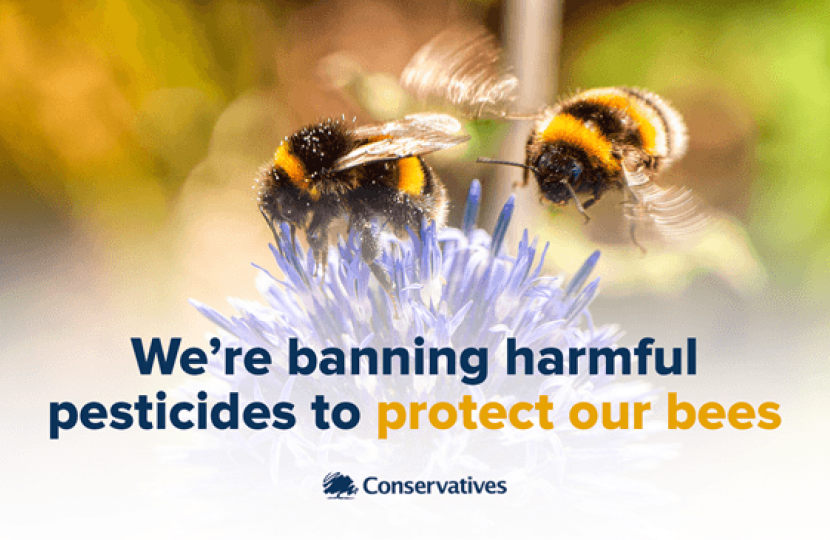 The United Kingdom is blessed with a wonderful variety of natural landscapes and habitats and the Government’s 25 Year Environment Plan sets out a comprehensive and long-term approach to protecting and enhancing them in England for the next generation.

The goals of the plan are: cleaner air and water, thriving plants and animals, and a cleaner and greener country for everyone. The plan sets out action for using our land more sustainably and creating new habitats for wildlife.

I was proud to support this world-leading environmental legislation, ensuring we deliver as a nation on our environmental commitments agreed to at COP26 and in the 25 Year Environment Plan.

Through the Act, we will clean up the country’s air, restore natural habitats, increase biodiversity, reduce waste, make better use of our resources, halt the decline in species by 2030, require new developments to improve or create habitats for nature and tackle deforestation overseas.

It will help us transition to a more circular economy, incentivising people to recycle more, encouraging businesses to create sustainable packaging, making household recycling easier and stopping the export of polluting plastic waste to developing countries.

These changes will be driven by new legally binding environmental targets, and enforced by a new, independent Office for Environmental Protection which will hold both the Government and public bodies to account on their environmental obligations.

Bees and other pollinators play a vital role in the security of our food supply and the quality of our environment. I welcome the work the Government has done over the last few years to protect them, most recently through its National Pollinator Strategy.

I also support the Government's stance that the use of neonicotinoids should be restricted further. Ministers have been advised by the advisory body on pesticides that scientific evidence now suggests the environmental risks posed by neonicotinoids, particularly to our bees and pollinators, are greater than previously understood and justify further restrictions. We cannot afford to put our pollinator populations at risk.

I was thrilled to see the ban on the manufacture of products containing micro beads come into force in June 2018. This was a landmark step in the introduction of one of the world’s toughest and comprehensive bans on these miniscule pieces of plastic which cause serious harm to marine life.

Just one shower alone is thought to send 100,000 microbeads down the drain and into the ocean, causing serious harm to marine life. Thousands of tonnes of plastic microbeads from products such as exfoliating face scrubs and toothpastes wash into the sea every year, where they harm wildlife and can ultimately be eaten by people. The ban will prevent billions of microbeads ending up in the ocean every year.

In 2015, the Government introduced the 5p plastic bag charge, a move which I resolutely supported. The move has been hugely successful seeing plastic bag sales in major supermarkets drop by 95%. Where before the average family used 140 plastic bags per year, this has been reduced to just 4.

Plastic bags have a significant impact on the environment. Government scientists believe plastic in the sea is set to treble in a decade unless marine litter is curbed- with one million birds and over 100,000 sea mammals dying every year from eating and getting tangled in plastic waste.

Further efforts to curb plastic bag were therefore required and since May 2021 a minimum of 10p must be charged for a new plastic bag and this requirement has been extended to all retailers. It is anticipated that the use of single-use carrier bags will decrease by 70-80% in small and medium-sized businesses. The move is also expected to benefit the UK economy by over £297 million over the next 10 years.

While there are multilateral agreements to tackle biodiversity loss and climate change, up to now there has been no equivalent agreement to tackle plastic pollution. To address this, at the United Nations Environment Assembly, the UK has worked with international partners to secure a breakthrough on negotiations to kickstart a new legally binding treaty on plastic pollution. The motion passed by more than 60 countries establishes an Intergovernmental Negotiating Committee tasked with preparing a new treaty that would address plastic pollution through a life-cycle approach, with the aim of producing the treaty by 2024.

The ban on supplying plastic straws and stirrers and plastic-stemmed cotton buds has come into force in October 2020, marking yet another major step in the Government’s fight against single-use plastic waste to protect our environment and clean up our oceans.

I am proud to be part of a Government that is leading the international fight against the plastic pollution in marine environments.

In recent months, I have been working with local organisations to reduce the use of single usage plastic such as packaging, shrink wrap, cable ties and polystyrene. I am proud that Castle Point Motors are taking a leading role in the fight against plastic pollution by pledging to end their use of single use plastics by the end of this year.

Earlier this year, I attended a beach clean on the shoreline of Canvey Island and saw the importance of organisations such as Baywatch and Friends of Concord Beach. It was encouraging to see how many constituents joined together for this worthwhile cause.