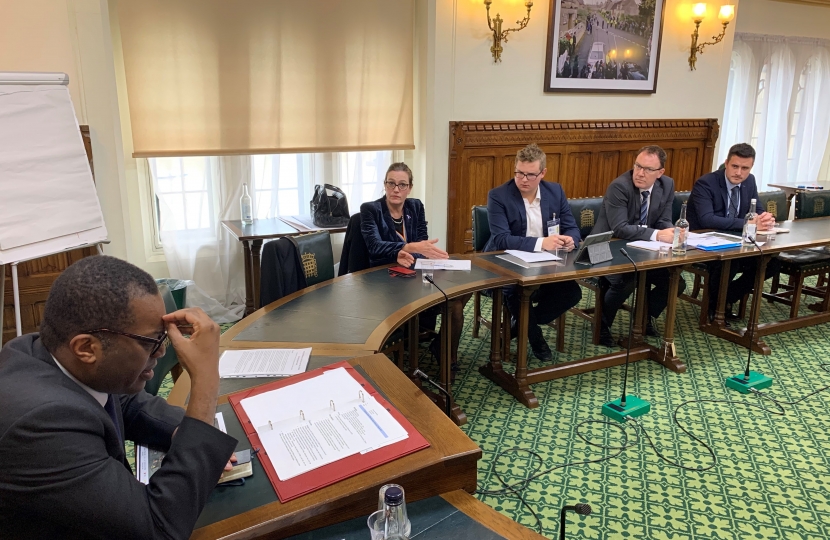 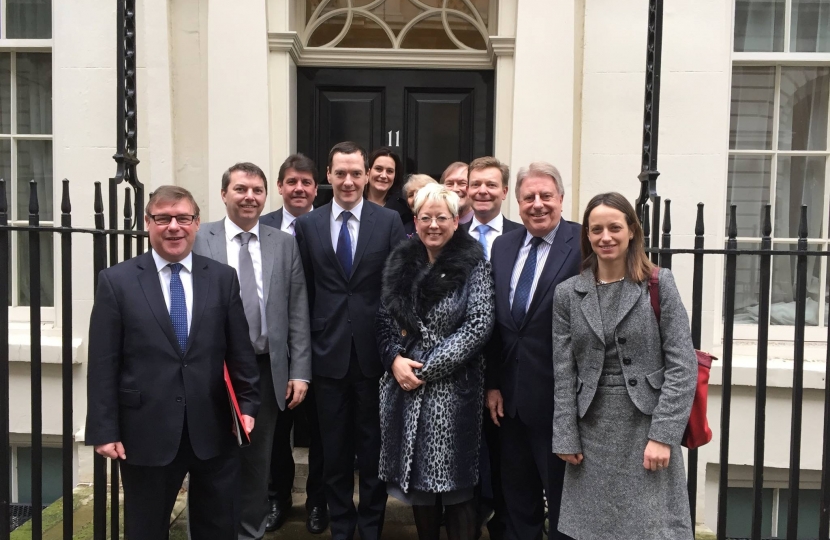 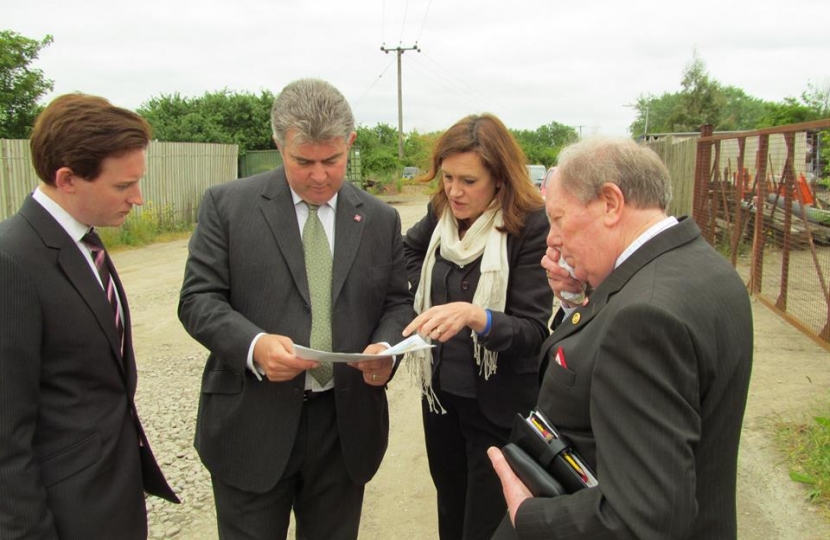 I have campaigned for a third road off Canvey throughout my time as MP for Castle Point as it is one of my top priorities. With new jobs at the DP World Port and the development of the old Coryton site, plus the economic disadvantage of regular gridlock on Canvey, I believe the economic case for a third road is compelling.

I have consistently called for a third road and over the years had many meetings to try to get the project off the ground.

Most recently in October 2019 I held a joint meeting with Essex County Council in Parliament. I have convinced the Business Minister of the case and he's agreed it should happen and has told the Department of Transport he is backing it. With that green light I am pulling together a taskforce to drive the project forward.

I met with the Chancellor, along with other South Essex MPs, at Number 11 to discuss infrastructure needs for the region. I was delighted that the Chancellor raised the issue of a third road for Canvey when I spoke with him.

I successfully lobbied the previous Chancellor, George Osborne, to include a commitment to ‘look at the case for the Canvey Island Third Road’ in the 2016 Budget.

I hosted the Ministerial visit of Brandon Lewis MP to Canvey to see James Heyes Recycling, Thames Ambulance Group and talk about the campaign for the all-important Third Road off Canvey.

Communities and Local Government Minister Brandon Lewis MP visited two private firms with public contracts on Canvey and to hear the economic and regeneration case for the third road off of Canvey Island.

The Minister visited the family run James Heyes Reycling on Northwick Road which holds many contracts for waste recycling across Essex before visiting a possible site for a third road at the end of Northwick Road.

He then met Directors and employees of the Thames Ambulance Group at their HQ on Charfleets industrial estate before meeting the Leader and Chief Executive of Castle Point Borough Council to hear the technical regeneration case for a third road first hand.

Following that I also secured a meeting with local Councillors and Council officials to discuss the matter at the Department of Transport with the Secretary of State.