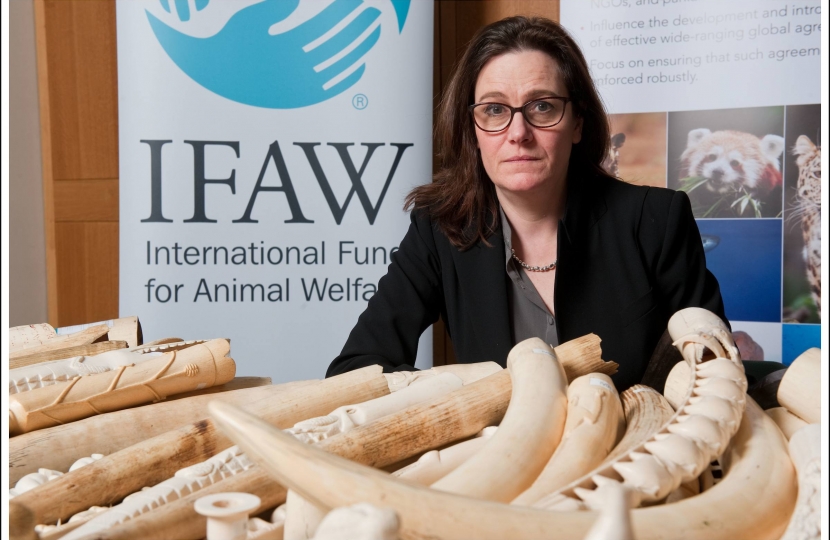 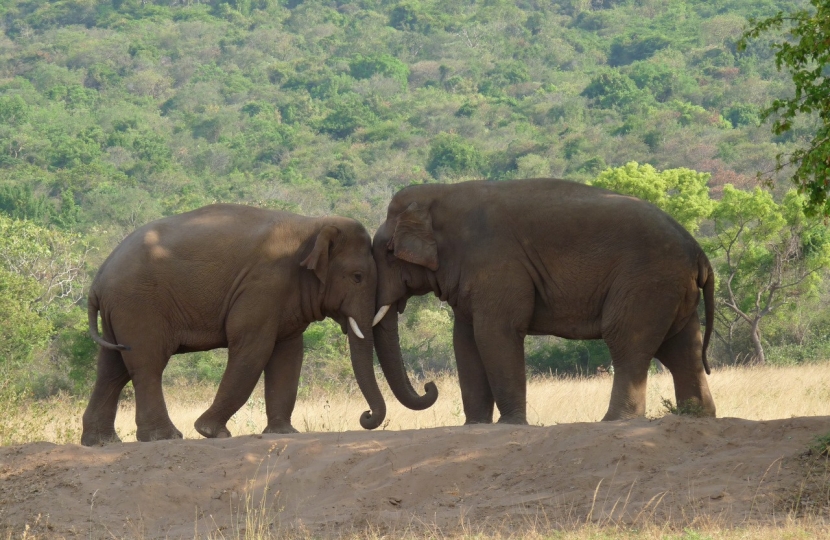 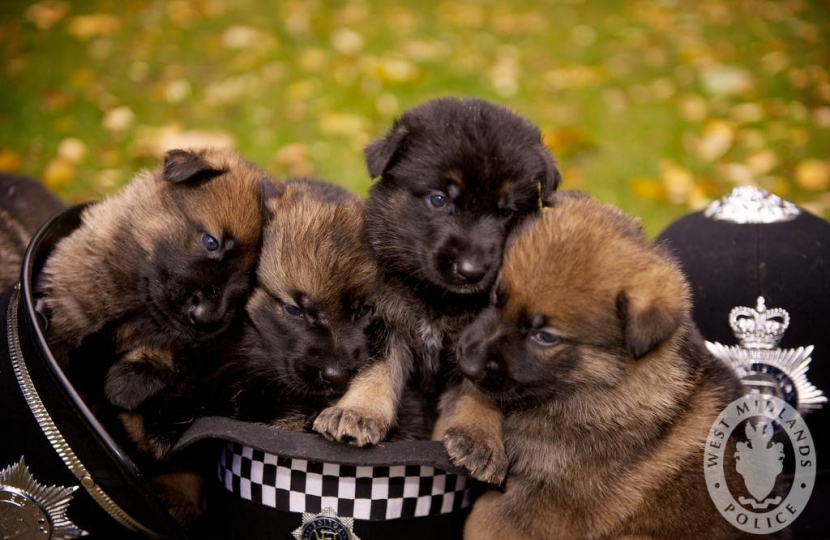 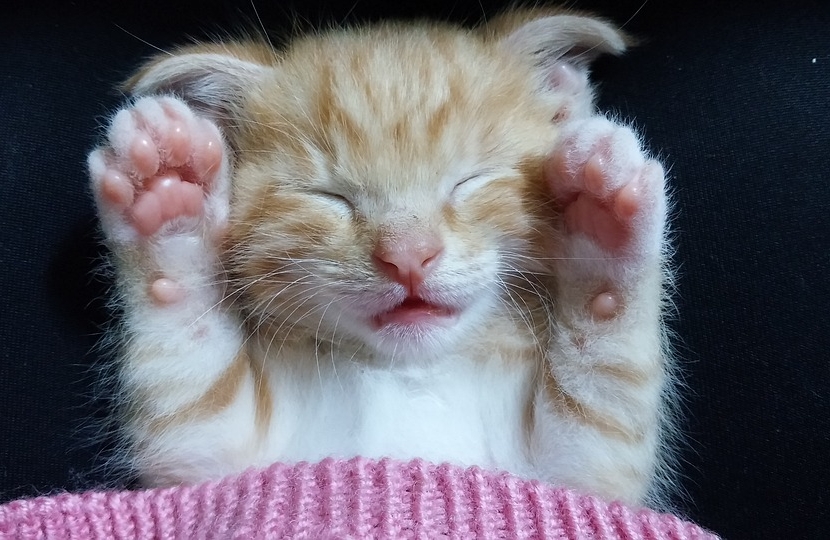 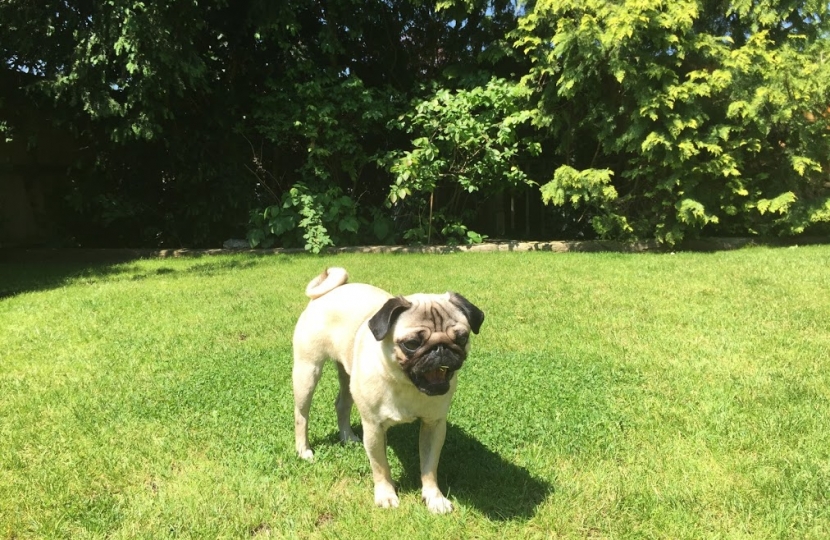 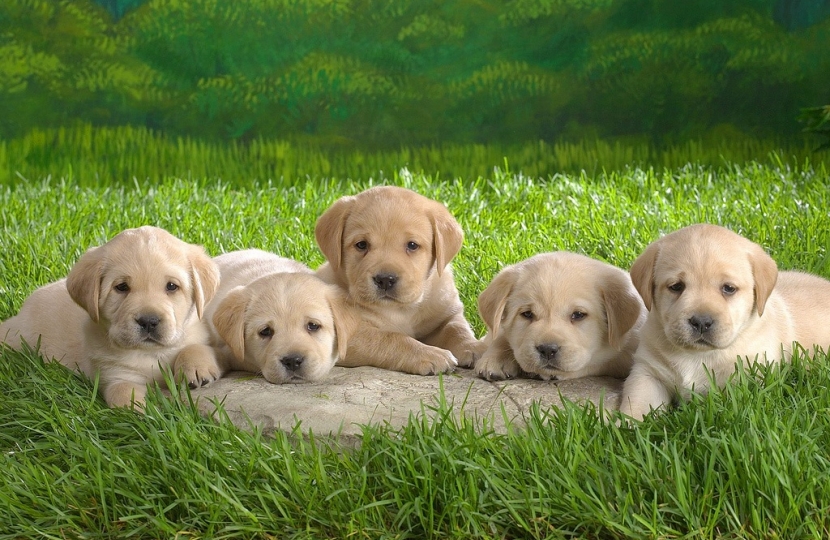 Under the Animal Welfare Act 2006 an attack on a police dog or other police support animal can be treated as causing unnecessary suffering to an animal, and the maximum penalty has now been increased through the Government's actions to 6 months imprisonment, an unlimited fine, or both. Indeed the financial element of the penalty was raised in 2015 from a maximum fine of £20,000. Similarly an attack on a police animal could be considered by the court as an aggravating factor leading to a higher sentence. Under some circumstances assaults on support animals could be treated as criminal damage which would allow for penalties of up to 10 years' imprisonment.

Sentencing guidelines were updated in January 2017 and now include a new aggravating factor of causing unnecessary suffering to an animal being used in public service or as an assistance dog under section 4 of the Animal Welfare Act 2006.

I am proud that the Government has supported Finns Law, a bill that makes it a specific offence to attack police or prison officer dogs and polices horses. It also removes a current provision for someone to claim self-defence if they have harmed a service animal. I agree that it is unpalatable to think of police animals as merely 'equipment' as the charge of criminal damage might suggest, and does not convey the respect and gratitude felt for the animals involved and their contribution to law enforcement and public safety.

The law is named after a German Shepard police dog who was lucky to escape with his life when he was repeatedly stabbed when trying to catch a robbery suspect. Within weeks, he was back on the beat with his handler who claims that Finn saved his life.

Draft legislation was originally put forward as a Private Members' Bill by Sir Oliver Heald and has now been passed into law.

Animal abusers who commit the most despicable crimes will now face up to 5 years in prison following the Government's Animal Welfare (Sentencing) Act or Finn's Law Part 2. The previous maximum sentence for cruelty was six months but after a number of recent shocking cases where courts have said that they would have handed down longer sentences had they been available the Government did the right thing and brought forward proposals to raise this significantly. The increased sentence sends a clear signal to any potential offenders that there is no place for animal cruelty in England. This change is the right one.

This means animal abusers could face an unlimited fine and/or up to five years in prison. I am very pleased this will put us well above the European Average sentence for these crimes.

The new maximum penalty of five years is in line with campaigns by big animal welfare groups like Battersea Dogs and Cats Home, The Dogs Trust, and the RSPCA. In my view, this Bill is a hugely positive step forward in improving animal welfare and is acting as a serious deterrent against cruelty and neglect.

The Animals (Penalty Notices) Act has now received Royal Assent. This Act introduces widens the penalties on people who fail to properly care for their pets, zoo animals and livestock of up to £5,000, helping drive up animal welfare standards closing the gap between warnings and criminal prosecution

I am pleased that microchipping for dogs became compulsory for animals over eight weeks of age across England, Scotland and Wales in 2016. One year after the Government introduced this policy, the Dogs Trust reported a reduction of 18 per cent in the total stray dog population. In 2016, UK local authorities collected 81,000 strays, while in 2020 this fell to 50,000. It is now estimated around 90% of dogs are microchipped.

I am also pleased that the Government is committed to improving the welfare of cats and is delivering on the manifesto commitment to introduce compulsory microchipping of cats. Last year, Defra published a call for evidence on compulsory microchipping for cats, which attracted over 3,000 responses. 99% of respondents expressed support for the measure. In December 2021 the Government announced plans that will mandate all keepers to ensure their pet is microchipped before they reach the age of 20 weeks and their contact details stored and kept up to date in a pet microchipping database. Owners found not to have microchipped their cat will have 21 days to have one implanted, or may face a fine of up to £500. The Government is also carrying out a review of the regulations on dog microchipping and the related microchipping database systems to consider whether improvements can be made.

The new cat microchipping rules will be implemented once this review has completed to ensure that any changes to the operation of the microchipping regime are brought in at the same time as the new microchipping rules for cats. In the meantime, I would encourage all cat owners to make the sensible choice to microchip their felines, ensuring relevant records are kept up to date.

Microchipping has helped increase the number of lost pets reunited with their owners and I welcome the move by many local authorities to include a requirement in street cleaning contracts to scan pets found injured on the road for a microchip. All local authorities should already be in possession of handheld microchip scanners as they are required to enforce dog microchipping controls. In addition, Rule 286 of The Highway Code advises drivers to report any accident involving an animal to the police, which I hope would lead to their owners being made aware of the incident.

In its response to a petition on this issue, the Government noted this guidance but also said that it was considering proposals for the compulsory scanning of pets. The Government has now introduced new guidance, working closely with the Royal College of Veterinary Surgeons, which requires vets to scan the microchips of healthy dogs to help ensure they are not put down unnecessarily. The British Veterinary Association (BVA) has also undertaken to remind veterinary practices to scan dogs in line with best practice, and to help owners understand how important it is to keep their pet microchipping records up to date.

Last year it was announced that CCTV recording will become mandatory in all slaughterhouses in England, a move I fully support. The new legislation came into force in 2018, delivering on the Government’s manifesto commitment for cameras in every abattoir in England in all areas where live animals are present.

All slaughterhouses have been required to comply in full since 5th November 2018.

I am pleased that the Government are supporting a ban on third party puppy and kitten sales in England in order to drive up animal welfare standards. The Department for Environment, Food and Rural Affairs completed an extensive consultation on an outright ban following a commitment by the Prime Minister in December 2017 to crack down on cruel puppy farms and their conditions.

Following this, the Government introduced legislation to tackle the low-welfare, high volume supply of puppies and kittens, by banning their commercial third-party sale in England.

‘Lucy’s Law’ means that anyone wanting to get a new puppy or kitten in England must now buy direct from a breeder, or consider adopting from a rescue centre instead. Licensed dog breeders are required to show puppies interacting with their mothers in their place of birth. If a business sells puppies or kittens without a licence, they could receive an unlimited fine or be sent to prison for up to six months

The Government also conducted the ‘Petfished’ campaign to highlight the conditions and the deceitful tactics pet sellers use to trick buyers into thinking they are responsible breeders selling healthy animals. The campaign urged the public to look out for warning signs which suggest the seller could be an illegal third-party dealer such as litters without a mum present or being rushed through a sale.

I am glad that the Government proposed Ivory Bill is to come into law from June 2022.  It will see the sale of ivory of any age banned, with narrowly-defined and carefully-targeted exemptions for items which do not contribute to the poaching of elements. Through covering ivory items of all ages, the UK’s ban will be one of the toughest in the world.

Anyone caught breaking the ban will face up to five years in jail or a maximum £250,000 fine. A consultation of 10,623 people was carried out for assessing the recommended enforcement measures and 87.6% of respondents expressed support for the Government’s proposed ban with only 4.3% in opposition.

The ban is important as the number of elephants worldwide has declined by almost a third in the last decade and around 20,000 a year are still being slaughtered due to the global demand for Ivory. As profits become ever greater, the illegal wildlife trade has become a transnational organised enterprise, estimated to be worth up to £17 billion a year. The further decline of elephants would also deprive some of the poorest countries in the world of their valuable natural capital, affecting economic growth and sustainable development.

I am proud that the UK is showing global leadership in the international fight against the illegal ivory trade and building on their work both at home and overseas. The UK military is training African park rangers in proven poacher interception techniques in key African countries, and Border Forces officers continue to share their expertise in identifying smuggled ivory with counterparts worldwide to stop wildlife trafficking.

A conservation crisis occurring around the globe is causing the loss of countless species, and one of the main factors behind this is the illegal wildlife trade, which drives the decline of many of Africa’s animals, including elephants, rhinos and lions.

The Government has taken a leading role in the international fight against illegal poaching through the deployment of Armed Forces to train and mentor park rangers in Africa. The efforts allow rangers to form a skilled network to ensure that the world’s special species are here for generations to come. Having trained over 200 rangers in Malawi and 119 in Zambia, this work by the British Army aims to reduce poaching at source and uses sustainable, community-led solutions to protect and conserve wildlife. British Army troops are teaching park rangers tracking infantry skills, bushcraft and information analysis to improve the interception of poachers.

Poaching in Malawi is estimated to have halved the country’s elephant population from 4,000 in the 1980s to 2,000 in 2015. Funding provided by the Department for Environment, Food and Rural Affairs’ Illegal Wildlife Challenge fund facilitates training in a number of locations across the country. Through mentoring, the long-term goal of sustainable law enforcement efforts against poachers is becoming a reality.