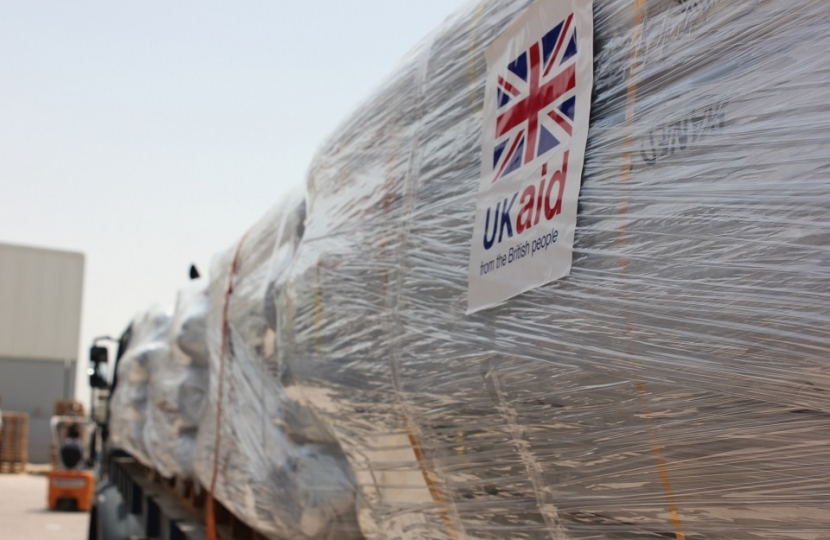 As we approach the ten year anniversary of this conflict, the plight of the Syrian people must not be forgotten. Years ago, I visited Syria a matter of weeks before the civil war broke out and have taken a close interest in horrible conflict ever since.

The conflict in Syria has been one of the most destructive in human history and I condemn the flagrant violations of international law by the Syrian regime and its Russian backers in Northwest Syria last year. The bombing of civilian targets in Idlib intensified an already dire humanitarian situation and resulted in the largest displacement of people since the civil war began.

Unfortunately, the process for achieving peace in Syria remains in a precarious state and progress towards a Syrian-led and Syrian-owned political process to end the conflict, allowing the Syrian people to decide their country’s future, has been slow. I join the Government in calling for substantial progress to be made on this, and the other aspects of Security Council resolution 2254, including the need to make swift progress on the release of those arbitrarily detained by the Syrian regime. I have been particularly appalled by human rights violations in Syria, including the treatment of prisoners and I know that these are issues that the UK continues to raise in international fora. The UK has maintained a principled position that those responsible for committing atrocities in Syria should be held accountable.

I am proud that the UK is working hard to alleviate the suffering in Syria and is at the forefront of the humanitarian response, committing over £3.3 billion since 2012, the UK's largest ever response to a single humanitarian crisis. This includes committing at least £300 million at the Brussels Conference on “Supporting the Future of Syria and the Region” in June 2020, which is helping to meet the immediate needs of vulnerable people in Syria and refugees in the region. It is encouraging that Britain will continue to be at the forefront of the global humanitarian response, but while these efforts can help alleviate the suffering in the region, the only way to establish lasting peace in Syria is through a credible, negotiated political settlement that delivers for all Syrians.

The UK is wholly committed to combatting any threat posed by returning terrorist fighters, who have travelled from this country to countries like Syria and Iraq to fight for IS. The safety and security of our country, our people and our communities remains the UK’s number one priority. The UK uses the full range of capabilities available to disrupt and manage the return of individuals from the conflict zone.

Where appropriate the Government will use nationality and immigration powers to deprive individuals of their British citizenship and to exclude foreign nationals from the UK whose presence here would not be conducive to the public good.

UK nationals have the right to return to this country, however, everyone who returns from taking part in the conflict in Syria or Iraq must expect to be investigated by the police to determine if they have committed criminal offences, and to ensure that they do not pose a threat to our national security.

I have been encouraged by the fact that there have already been several successful prosecutions related to travel to Syria. This includes a custodial sentence of ten years for a British national found guilty of membership of IS, possessing an AK47 gun and receiving £2,000 for terrorism. The minimum of 40 years for Khalid Ali who was sentenced at the beginning of the year for planning a terrorist attack in Westminster reflects how seriously this country takes the terrorist threat.

In addition to seeking prosecution of terrorism suspects, the Home Office uses a range of tools to manage the threat posed by returners. This includes imposing travel restrictions for individuals subject to Terrorism Prevention and Investigation Measures and using Temporary Exclusion Orders to place in-country conditions upon their return, including regular reporting to a police station.