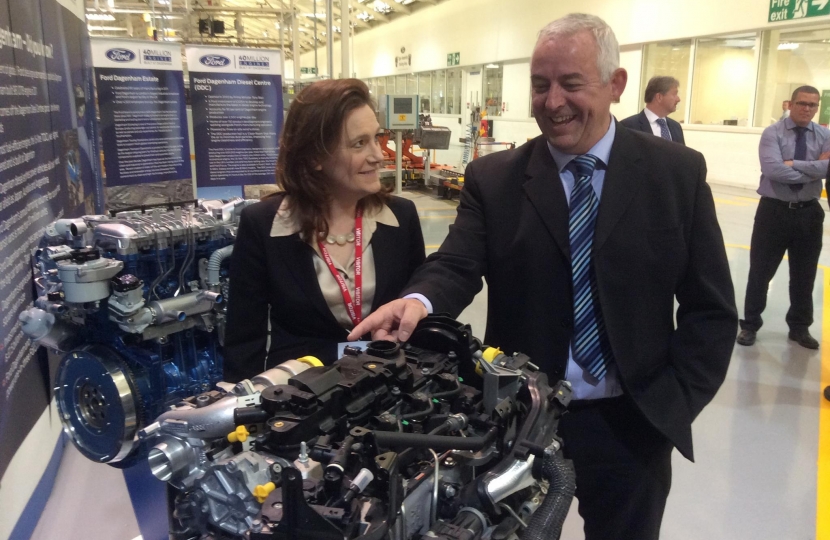 I visited the Ford plant in Dagenham at the invitation of local resident Kevin Greene, Production Manager for the Tiger Engine line at the plant.

I was given a tour by Kevin and the plant manager Dave Parker and it was fascinating. British made engines hurtling through a smart and efficient production line to be sent in vast numbers, literally right around the world. A beautiful sight!

New statistics announced yesterday revealed that automotive production accounts for 15% of the total manufacturing output of the UK and that output for the sector for the first quarter of this year is already up 12% on last year.

Ford have been a major employer in Essex for decades and it was hugely encouraging to see first hand the millions of pounds of investment taking place, hear their plans for hundreds of additional jobs and find out about their expanding apprenticeship scheme