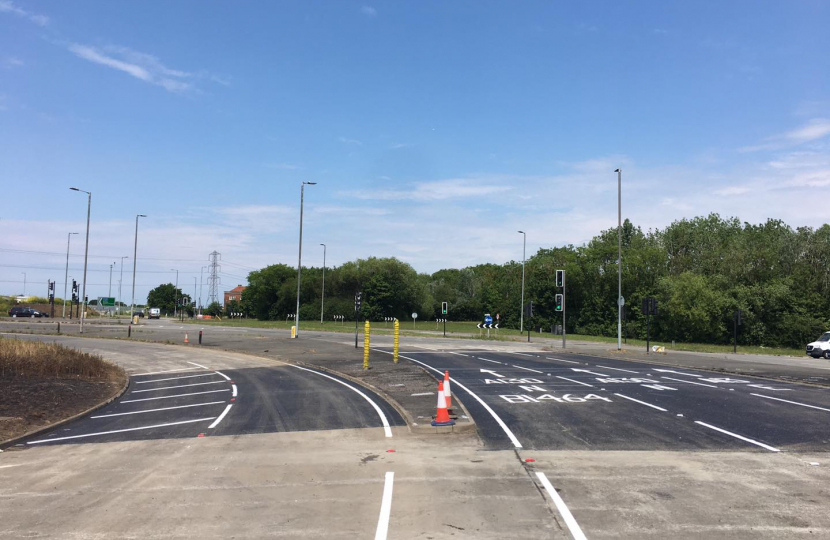 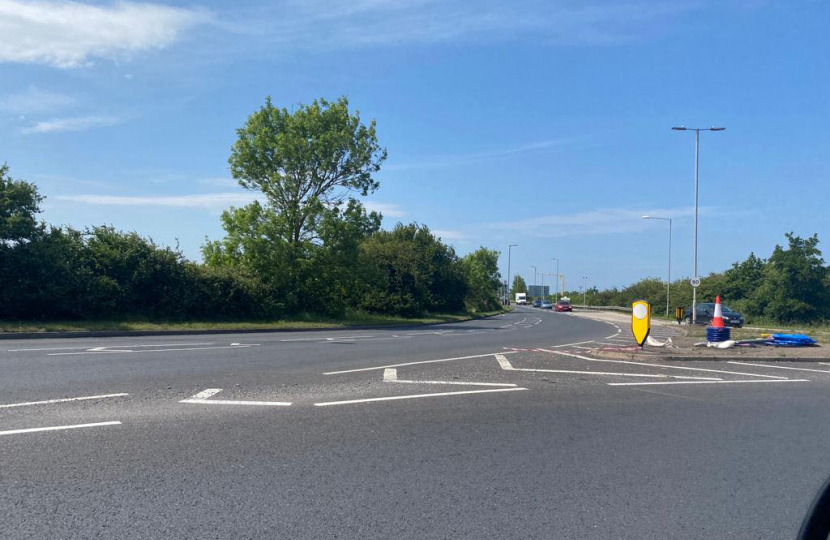 Rebecca Harris MP welcomes the news that Canvey Way is now reopened. Following the hard work of Essex County Council Highways Crews over the extended bank holiday weekend, the tarmac relaying and repainting has finished. Essex County Council Highways have confirmed that the damaged traffic lights will be replaced on Monday, so please take care extra when using the Sadlers Farm junction until then.

Canvey Way reopens after being closed for three days following a fuel tanker explosion. The firefighters managed to put out the fire, but there was extensive damage left to the road that required repair – hence the subsequent road closures. Thankfully the driver was not seriously hurt.

“I would like to thank Essex County Council Highways Crews for their hard work over the bank holiday weekend in repairing Canvey Way.

I am very pleased to hear no one was seriously hurt in the tanker fire at Sadlers Farm, including the tanker driver who I understand was able to escape before the fire consumed the cab. I have spoken to the Essex Fire and Rescue Service and thanked them for getting on the scene so quickly and for their efforts to get the fire under control and make the area safe. I was in Benfleet at the time and saw for myself with other residents the fire crews and local police go about their work with calmness and utter professionalism.

Essex Fire and Rescue Service and Essex Police will both be conducting full investigations. Even if incidents like this are very rare, clearly they shouldn’t happen on our roads.

The major traffic delays in Canvey, caused by Canvey Way’s closure, have once again highlighted the need for additional access onto Canvey Island. I was pleased with the work of the previous Council administration, who set up the Canvey West Access taskforce. However, it is vital now that the new Council administration, led by Cllr Blackwell, continue with this as a priority.”