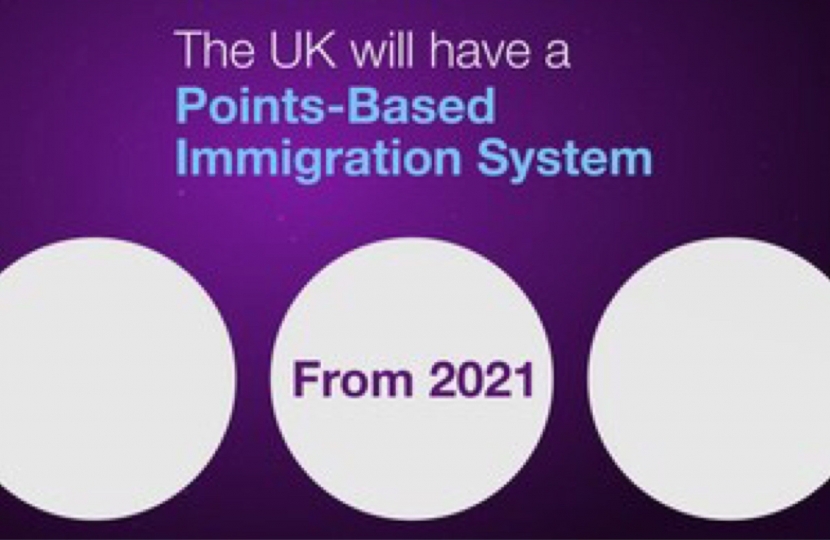 On 22 October 2020, the Home Secretary laid before the House a Statement of Changes to the Immigration Rules. In this statement it was announced that the Government will be ending free movement and will introduce an Immigration Bill to bring in a firm and fair points-based system that will attract the high-skilled workers we need to contribute to our economy, our communities and our public services. Rebecca welcomes this announcement and hails the Government’s decision to create a high wage, high-skill, high productivity economy.

Subject to the enactment of the Immigration and Social Security Co-ordination (EU Withdrawal) Bill, at the end of the Transition Period on 31 December we will end free movement and replace it with a new points-based immigration system for those of all nationalities (except Irish nationals) who want to come to work and study in the UK. The new system will be fairer, firmer and skills-led. It will align the treatment of EU and non-EU nationals and deliver for the whole of the United Kingdom. It will be open to applicants on most routes from 1 December 2020.

The Rules laid today provide the foundation for the new immigration system and build upon the measures already outlined in the Policy Statements published by the Government in February and July, available on GOV.uk here:

In addition, the Rules create a settlement route for British Nationals (Overseas) from Hong Kong. The route is for people in Hong Kong who registered for this status prior to the handover to China in July 1997, and their dependents.

These Rules represent a further step in our commitment to simplify the Immigration Rules and implement the recommendations of the Law Commission to ensure we provide greater clarity to migrants, employers and all other users.

More information can be found in the Written Ministerial Statement and in the full version of the Immigration Rules at the following links:

For more information of how the new immigration system may affect you and what you need to know, please visit: https://www.gov.uk/guidance/new-immigration-system-what-you-need-to-know.

illegal immigration must be tackled. A wide range of measures were introduced in the Immigration Acts 2014 and 2016 to remove the ability of illegal immigrants to remain in the UK in defiance of our immigration laws. These include allowing the earnings of illegal workers to be seized under the Pr