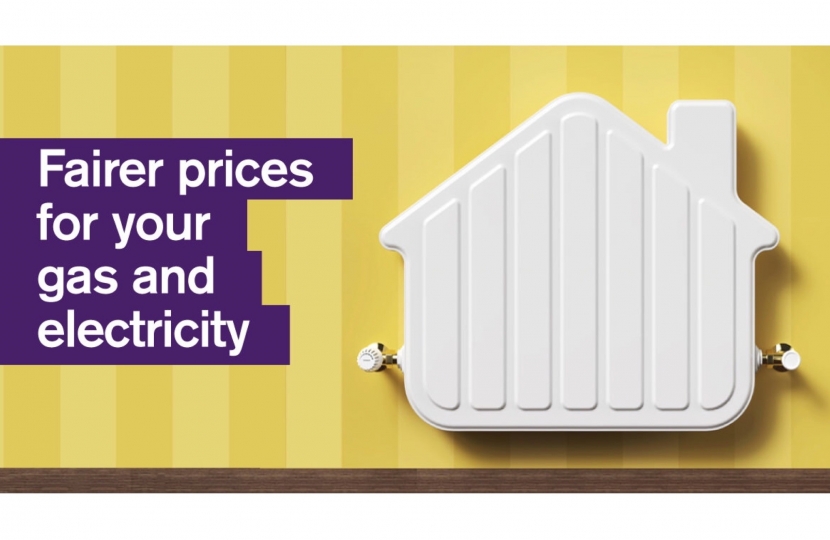 Rebecca Harris MP is pleased that the Government has announced today that we are extending the Energy Price Cap until the end of 2021 – meaning that around 11 million UK households will make savings of up to £100.

Switching energy supplier to find the best value deals is still the best way to save on bills, but this Government is determined to make sure all customers are treated fairly and get the protection they deserve. The Energy Price Cap shields those least likely to shop around for the best deals – including the elderly and most vulnerable – from being charged excessive prices.

Since its introduction in January 2019, the cap has saved customers around £1 billion a year, equivalent to around £75-100 a year for typical households on default energy tariffs. An additional 4 million households with prepayment meters on default tariffs will also come under the protection of the cap from January.

In August, the independent energy regulator, Ofgem, recommended an extension to the cap following a review into the market. Rebeca is pleased that the Government has followed that recommendation with today’s announcement.

In addition to the price cap, millions of customers have been able to benefit from lower bills as the numbers of those switching to cheaper tariffs has increased and the rollout of smart meters has progressed in recent years.

A total of 2.8 million electricity and 2.1 million gas customers switched supplier in the first 6 months of 2020, building on record numbers of households switching to cheaper tariffs in 2019, the first full year of the Energy Price Cap.

“Todays announcement of the Energy Price Cap extension means that customers will not pay too much on their bills. I am pleased that the Government remains committed to protecting vulnerable customers in Castle Point and across the country with their energy bills, especially during the coronavirus pandemic.”

Today’s announcement means a further 4 million households with prepayment meters on default tariffs will continue to be protected from excessive prices by the wider Energy Price Cap once the Competition and Market Authority’s Prepayment Meter Cap expires at the end of 2020.