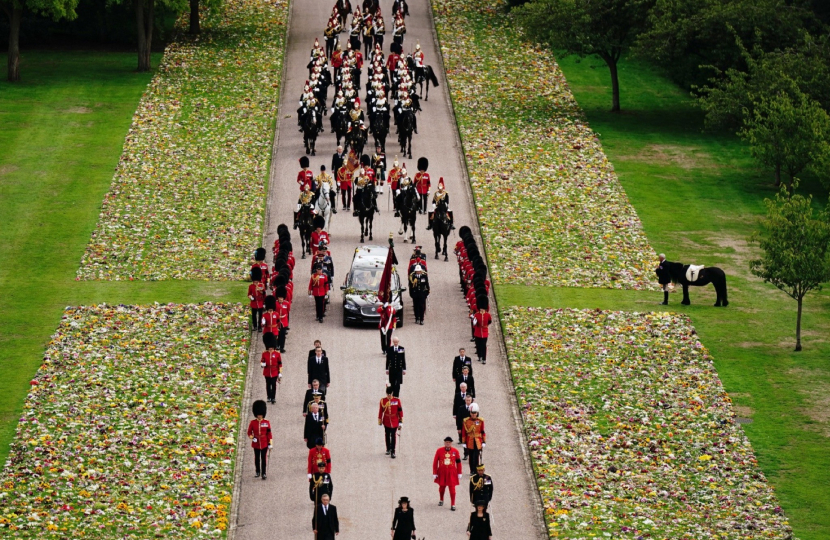 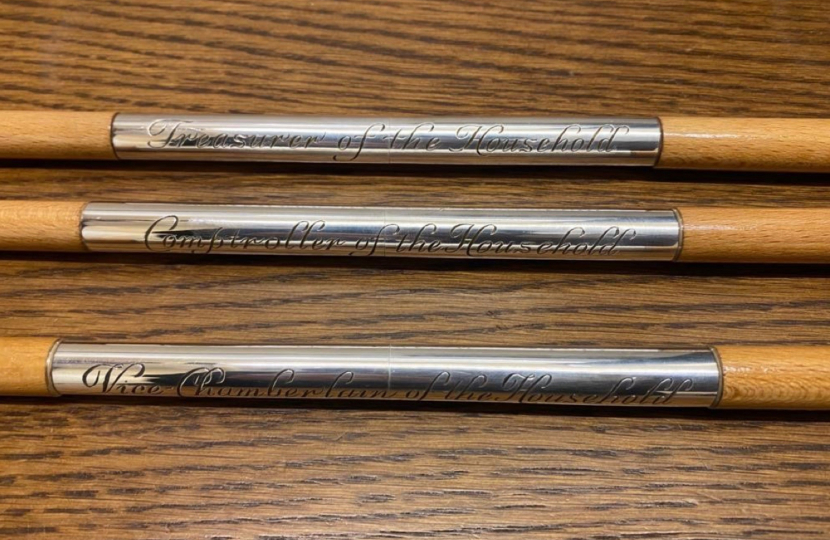 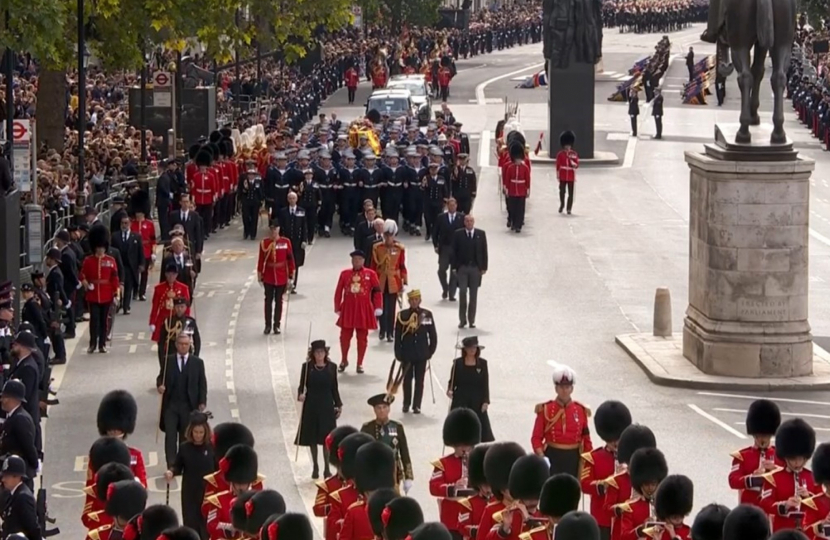 On Monday 19th September, Castle Point MP Rebecca Harris attended the Her Majesty the Queen’s funeral and took part in the formal processions in London and Windsor.

Rebecca Harris is a Senior Government Whip, which means she is usually responsible for making sure Government policies, such as Brexit and sanctions against Russian nationals associated with the war in Ukraine, pass through Parliament and into law

By custom, some Senior Government whips are also ceremonially appointed officers of the Royal Household. When the then Prime Minister Boris Johnson appointed Rebecca Harris as ‘Comptroller of the Household’, last year Rebecca became the first woman to hold the post in the 623-year history of the office. The office is unsalaried and largely ceremonial.

“Her Majesty was the one bright and shining constant in all of our lives and hearts. Her life was an example to everyone. From the day she ascended to the throne, her selflessness, her dedication to duty and her compassion for all, never faltered. I do not believe anyone the World over, was more respected, more admired, and more loved than our Queen.

"It was the honour of my life to play a small part in the procession that day. While I was incredibly nervous about my role, it was an experience I will treasure forever.

"There were several moments I found my eyes welling with tears. Close to the end of the procession route at Windsor, we left the public behind as we approached the Castle and the sea of people turned into a sea of beautiful flowers. Thousands of floral tributes left from members of the public filled the air with the most amazing scent, and there amongst them was Her Majesty’s pony, brought to say one last goodbye with her riding headscarf resting on its saddle.”

“Rebecca had a deep personal respect and love for the Queen and like all of us, she was truly devastated at the news of her death. I know that her role in the procession was an immense and very personal honour for her and I think a lot of residents will be very proud that our MP played a part in honouring the Queen during the very sad and historic events of the day.”