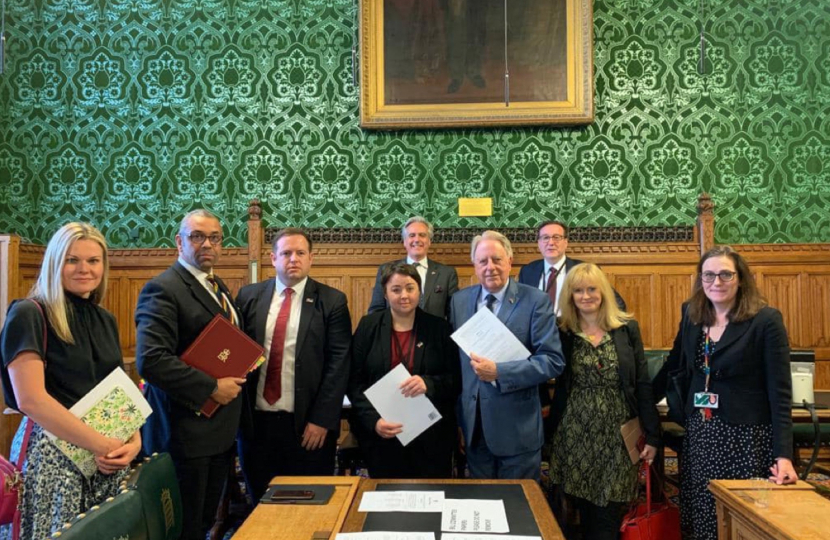 Russia has imposed sanctions on 287 British MPs, including Rebecca Harris, banning them from the country in retaliation to the UK’s response to the invasion of Ukraine.

Russia’s sanctions on Rebecca and other MPs were in retaliation to the Government’s decisive action against Russia - the most severe set of sanctions Russia has ever seen.

“I have been sanctioned by Russia! The Kremlin has said they sanctioned those who took the most active part in the establishment of anti-Russian sanctions. As the Foreign Office Government Whip, I have been responsible for securing the legislation passing through the House to sanction Russia and its oligarchs.

“I will wear these sanctions as a badge of honour and they will not deter me from standing united against Russian aggression.”

Sanctions that the Government has imposed on Russia so far include:

Russia’s appalling assault on Ukraine is an unprovoked, premeditated attack against a sovereign, democratic state and the Government is relentlessly committed to supporting Ukraine through this dark hour. In addition to the most severe set of sanctions Russia has ever seen, the Government is also supporting Ukraine as their largest European bilateral humanitarian donor, providing over £400 million in aid alongside military support and our offers of sanctuary to innocent Ukrainians.