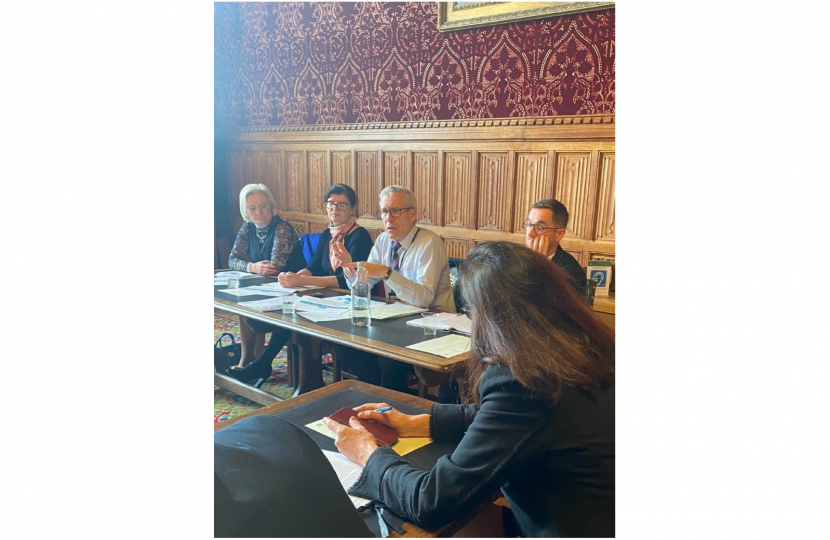 Rebecca met with NSH health chiefs in Parliament this month, alongside her South Essex MPs colleagues to raise important issues such as access to GP appointments for her constituents, delays at Southend Hospital and the new X-Ray machine being installed on Canvey Island.

Rebecca has been campaigning for the local X-Ray services to be restored on Canvey since the last machine broke down. While the NHS had initially planned for the X-Ray to open in July 2022, they suffered from third-party delays and building work has only just started this month.

After speaking to Andrew Pike, the Chief Operating Officer of The Mid & South Essex Hospital Trust at the meeting, Rebecca Harris MP commented:

“I was glad to have the chance to raise my constituents’ concerns face-to-face with our local NHS leaders, including the totally unacceptable delays we have endured waiting for the replacement X-Ray machine for Canvey Island. I made it very clear how disastrously mismanaged the project has been, and how residents have been let down repeatedly after being promised completion dates this summer. I’ve now been told that residents will be able to use the new X-Ray in the New Year, they need to deliver on this. ”