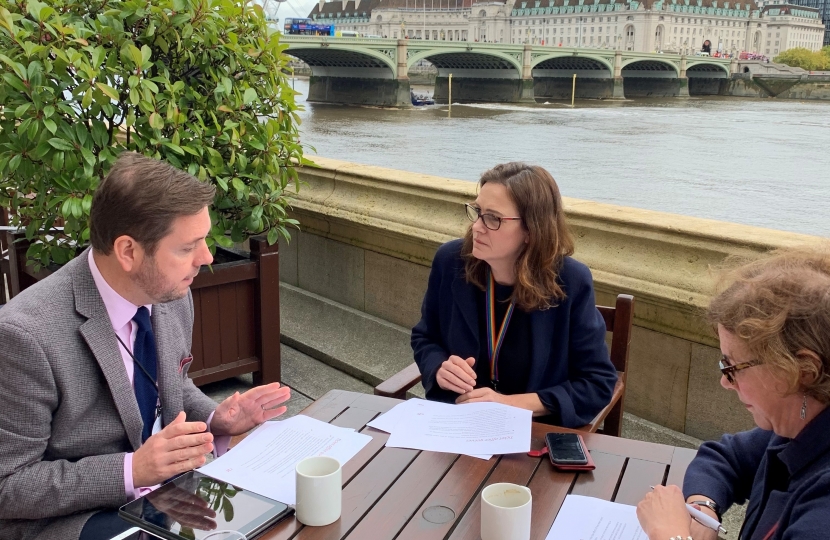 Local MP Rebecca Harris has met with c2c to raise her constituent’s concerns over the change to ticket offices.

Commuters have been in touch with Rebecca about SmartCards issues and the new ticket machines in Benfleet Station, so Rebecca called for a meeting with the Commercial Director of c2c.

“I asked c2c to urgently address these complaints and take action to resolve the issues as soon as possible. This is really important for the huge number of my constituents who commute during the week, and I completely understand how frustrating this has been.

C2C apologised for the impact on customers and said they will be working hard with their contractor IMB to rectify the IT issues & the speed of the machines.

They also acknowledged that they have had staffing issues at the ticket offices which they are planning to address.”

c2c have stated that customers should not be left out of pocket by any of the recent ticketing issues. Anyone who ends up paying twice for the their journey will absolutely have this refunded. They also operate a “double-the-difference” guarantee, when customers have been unable to use their Flexi-Season ticket because the product was unavailable. This compensates them twice the difference in price between the daily ticket they had to buy and the flexi season ticket they wanted to use.

Article that appeared in the Island Times.