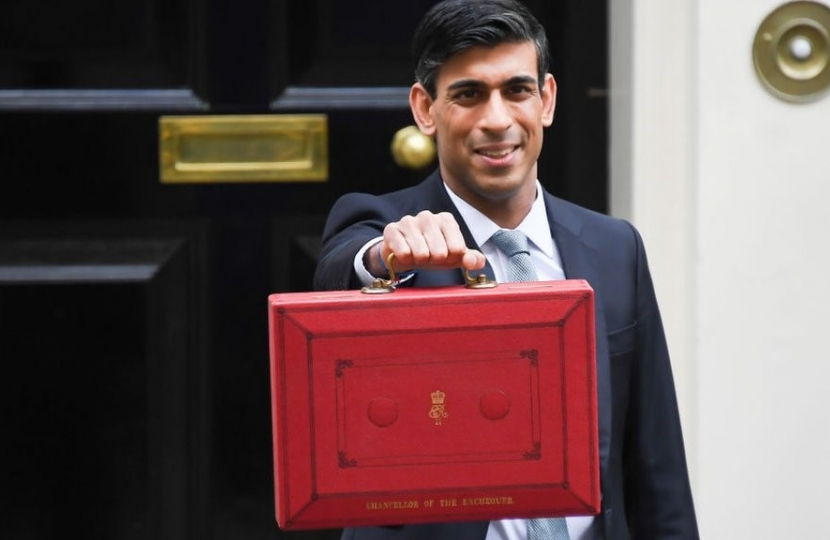 Ahead of the Budget on Wednesday, the Chancellor has announced a £5.9 billion cash injection for the NHS to reduce the backlog and make sure everyone can get the care they deserve as we build back healthier.

Our phenomenal NHS worked hard to keep people safe during the pandemic, and the Government will now do whatever it takes to make sure people are getting the treatment they need as quickly as possible. That is why the Government has announced a £5.9 billion cash boost for the NHS, including £2.3 billion for an expansion of diagnostic services, £1.5 billion for more bed capacity, equipment and new surgical hubs, and £2.1 billion to be spent on improving digital technology within the NHS.

The Health Secretary has stated that the funding is new money and that the Chancellor will set out exactly where it was coming from during Wednesday's Budget and Spending Review. The £5.9bn is on top of the £12bn a year that was announced in September.

This game-changing investment delivers on our promise to carry out the biggest catch-up programme in the NHS’s history so everyone can get the care they deserve.

The Chancellor has also announced a £3 billion cash investment that will create a skills revolution as we build back better from the pandemic.

Our future economic success depends on both the education we give our children and the lifelong learning we offer to adults as we build back better from the pandemic. That is why the Government has announced £1.6 billion to roll out new T-levels for 16 to 19-year-olds, £550 million for adult skills, and £830 million to continue a five-year scheme to revamp and modernise colleges.

By investing in skills and transforming post-16-year-old education, the Government is supporting the transition to a high wage economy and spreading opportunity across the UK.

The Chancellor announced a £1.4 billion Global Britain Investment Fund that will support enterprise, create jobs, and level up the UK.

The Government wants to make the UK the best place in world to start, grow and invest in a business as we build the foundations for future economic prosperity. That is why the Government has announced our Global Britain Investment Fund, which includes £354 million to support investment in life sciences manufacturing and more than £800 million investment in the production and supply chain of electric vehicles including in the North East and Midlands.

By supporting the most innovative industries, we are spreading opportunity and creating well paid jobs across the UK.

This builds on the measures the Government have already announced for the budget on Wednesday, including:

On Saturday, the Prime Minister announced new measures to reduce the spread of COVID-19, taking precautionary steps to bolster our wall of defence against the virus.