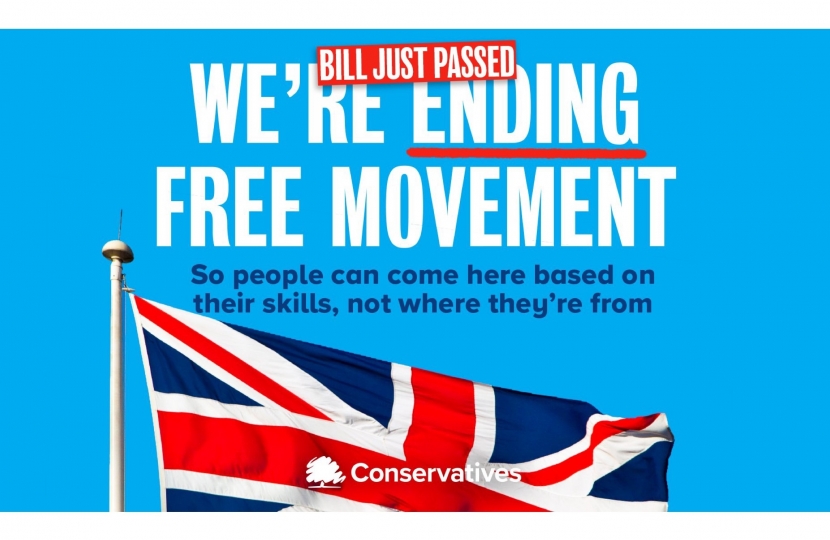 The British people have voted time and time again to take back control of our borders and for a points-based immigration system, and this people’s Government has delivered on their priority.

The Immigration Bill becomes law today, ending the European Union’s freedom of movement and paying the way for a new points-based immigration system that is firm, fair and skills led.

This will allow us to attract the people we need to drive our economy forward, laying the foundations for a high wage, high skill and high productivity economy.