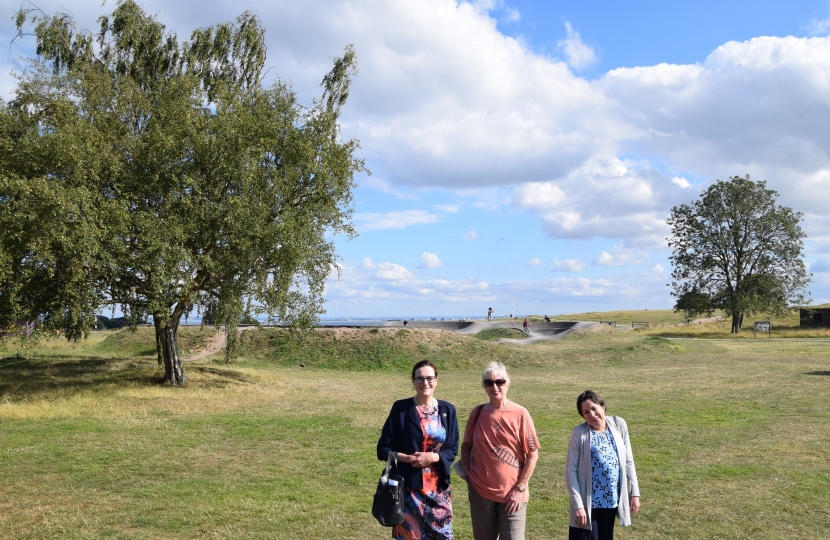 Hadleigh County Park has been nominated for the Fields in Trust UK’s ‘Best Park Award 2019’. The park is up against over 300 others around the UK for the award and a public vote will decide if it goes on to be shortlisted for the award.

You can vote for Hadleigh County Park on the Fields in Trust website, www.fieldsintrust.org where it listed under the East of England category, until Monday 19th August 2019.

“This is fantastic news and well deserved. Hadleigh Country Park is enjoyed by thousands of residents and visitors every year. For my family and I it’s a great place to walk the dog and take in the view across the estuary, but it’s a great place for a family day out or for cycling enthusiasts to try out the Olympic course. Hadleigh Castle and the Salvation Army Farm also mean the area is steeped in history. Not just local history but national history.  I have voted for it and I would urge every local resident to do the same. It would be fantastic to have the UK’s Best Park in our Borough and it would be well deserved!”

Essex County Council run the Country Park, and are in partnership with the Salvation Army that own a lot of the land the park stands on.

“Hadleigh Country Park is has beautiful views, abundant wildlife and is enjoyed by everyone who visits it. Hadleigh wouldn’t be Hadleigh without it and I am pleased it is being celebrated. Everyone must get online and vote for it ASAP. Hadleigh County Park deserves to win, but it can only do so with your help!”

Voting finishes at noon on the 19th August.  At close of voting the parks with the most votes in each of England, Scotland, Wales and Northern Ireland will be shortlisted. The overall winner of UK's Best Park 2019 will be announced in mid-September at the conclusion of our 'Summer of Parks'.