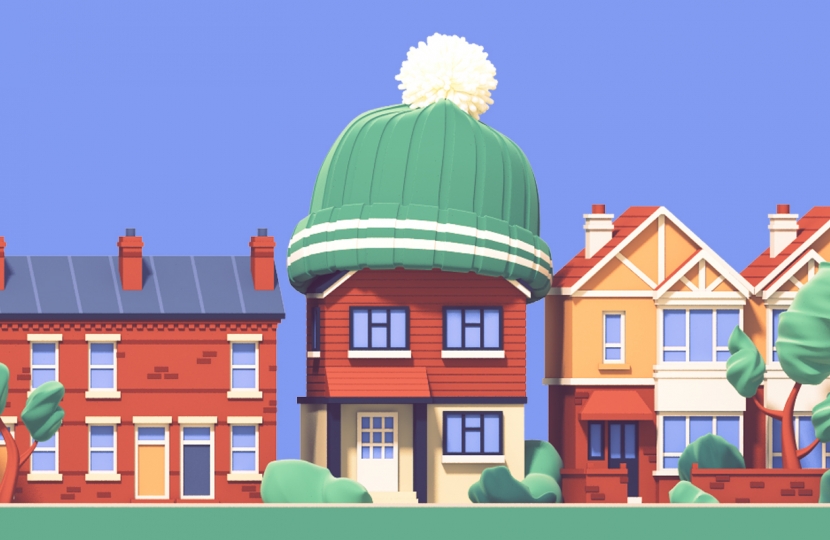 Today, we are launching the biggest upgrade of nation’s buildings in a generation – a £3 billion plan to deliver jobs, greener homes and cheaper bills.

We promised that throughout our economic recovery we would continue to support jobs while protecting our environment. As we build back greener, we want to improve people’s standard of living and reduce their energy bills.

Starting today, the Green Homes Grant scheme, will see two-thirds of the cost of home improvements up to £5,000, funded by the Government. These improvements will help reduce people’s energy bills and cut our carbon emissions.

Homeowners in England, including landlords, can get up to £5,000 to pay part of the cost of energy saving measures like insulation. Low income households can get 100% of the costs of work covered up to £10,000.

Make sure you’re one of the 600,000 households who could save up to £600 a year on energy bills by applying today. Installing energy efficient home improvements also cuts emissions, which is better for the environment.

Grants will be offered to cover green home improvements ranging from insulation of walls, floors and roofs, to the installation of double or triple glazing when replacing single glazing, and low-carbon heating like heat pumps or solar thermal - measures that could help households save up to £600 a year on their energy bills.

As part of the wider package, a further £500 million of the of the Green Homes Grant scheme has been assigned for local authorities to provide green home improvements for households with an income of under £30,000.

As well as making homes warmer and energy bills cheaper with £2 billion Green Homes Grant, the Government is also providing an additional £1 billion to improve the efficiency of publicly owned buildings through a Public Sector Decarbonisation Fund.

Homes, schools and hospitals across England are set to be greener and cheaper to run thanks to a £3 billion plan to upgrade the nation’s buildings – the biggest in a generation.

As we build back better it is essential that we build back greener - while supporting the thousands of jobs in construction for local plumbers, builders and tradespeople across the UK through the new Green Homes Grant Scheme.

The Government’s new Green Homes Grant Scheme is set to support over 100,000 green jobs this winter.

The launch of the Green Homes Grant also forms part of a wider plan to upgrade the nation’s buildings expected to support an additional 120,000 jobs, which also includes:

Today’s energy efficiency plan forms part of the Government’s wider efforts to ensure the UK meets its legally binding target to reach net zero emissions by 2050 and build back greener from coronavirus.

Over the past decade, the UK has cut carbon emissions by more than any similar developed country. In 2019, UK emissions were 42% lower than in 1990, while our economy over the same period grew by 72%.

Apply for the Scheme now

Whether you’re a homeowner looking to make your home more energy efficient and save money on your energy bills or a tradesperson looking to become an installer so you can deliver work in the 600,000 homes receiving vouchers, visit the Green Homes Grant website now at: https://greenhomesgrant.campaign.gov.uk/.

Tenants will also benefit from the Government’s plan to boost energy efficiency thanks to proposals for the private rental sector, published today. The improvements will be achieved by raising the energy performance standard of privately-rented properties, with landlords having to ensure homes meet Energy Performance Certificate (EPC) Band C requirements.

These could save nearly 3 million homes an average of £220 a year on their annual heating bills and lift up to 900,000 low income households out of fuel poverty. The plans could also support 90,000 jobs in the energy sector annually.

Costs will be capped at £10,000 and landlords can take advantage of the Green Homes Grant to fund the necessary improvements. The private rental sector measures are being phased in to limit the disruption to both landlords and tenants, with improvements having to be implemented for new tenancies from 1 April 2025 and for all tenancies by 1 April 2028.

The Government is also making £50 million available for social housing through a demonstrator project for the Social Housing Decarbonisation Fund (SHDF). This UK-wide demonstrator scheme will see grants supplied to upgrade the energy efficiency of over 2000 of the worst-performing social homes. It is estimated that upgraded properties will save between £300 and £500 on their energy bills each year and will support up to 3,200 jobs in the green energy sector.

The Public Sector Decarbonisation Scheme (PSDS) will help public sector organisations in England, including central Government departments and their agencies, local authorities, schools and NHS Trusts, to install energy efficiency and low carbon heating measures, reducing energy bills and carbon emissions. Installations under the PSDS are expected to support up to 30,000 low-carbon jobs.

Today the Health Secretary will announce the UK’s expertise will be offered to other countries around the world to help them to identify new variants of COVID-19 – enabling them to identify changes in the virus and providing an early warning system for new mutations that could endanger the UK.