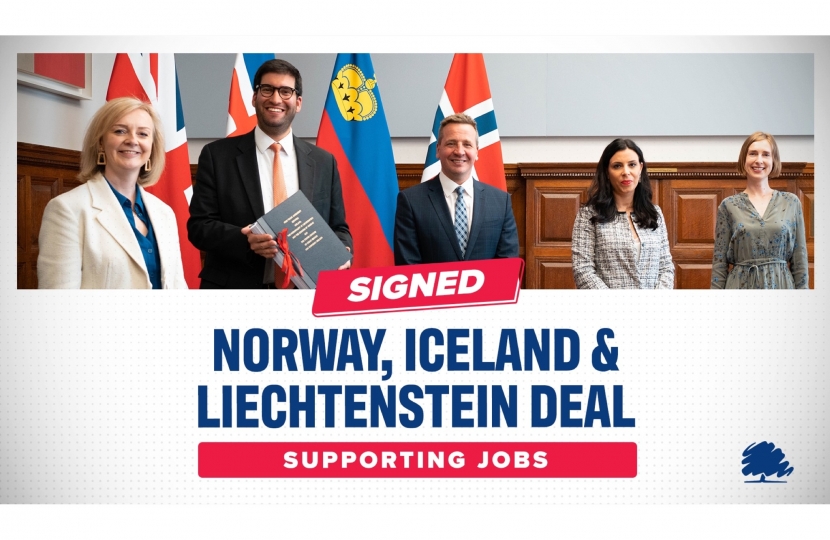 As a newly sovereign trading nation, we have the historic opportunity to strike out into the world and grasp new opportunities through new free trade agreements with our friends and allies.

This newly signed free trade deal with Norway, Iceland and Liechtenstein is the most advanced deal ever signed by these three countries. It will slash tariffs on top-quality British exports, boost our digital, financial, and professional business services - supporting jobs in every corner of the nation.

This signing marks a new closer alliance between the UK, Norway, Iceland and Liechtenstein, which will see our like-minded democracies work together to promote prosperity and champion free trade.

This landmark deal will provide new opportunities for businesses across the UK – from farmers to fintech – providing a vital boost for our economy as we build back better.

For more information on the free trade deal with Norway, Iceland and Liechtenstein, including the benefits and contents of the deal, please visit: https://www.gov.uk/government/news/united-kingdom-signs-free-trade-deal-with-norway-iceland-and-liechtenstein. 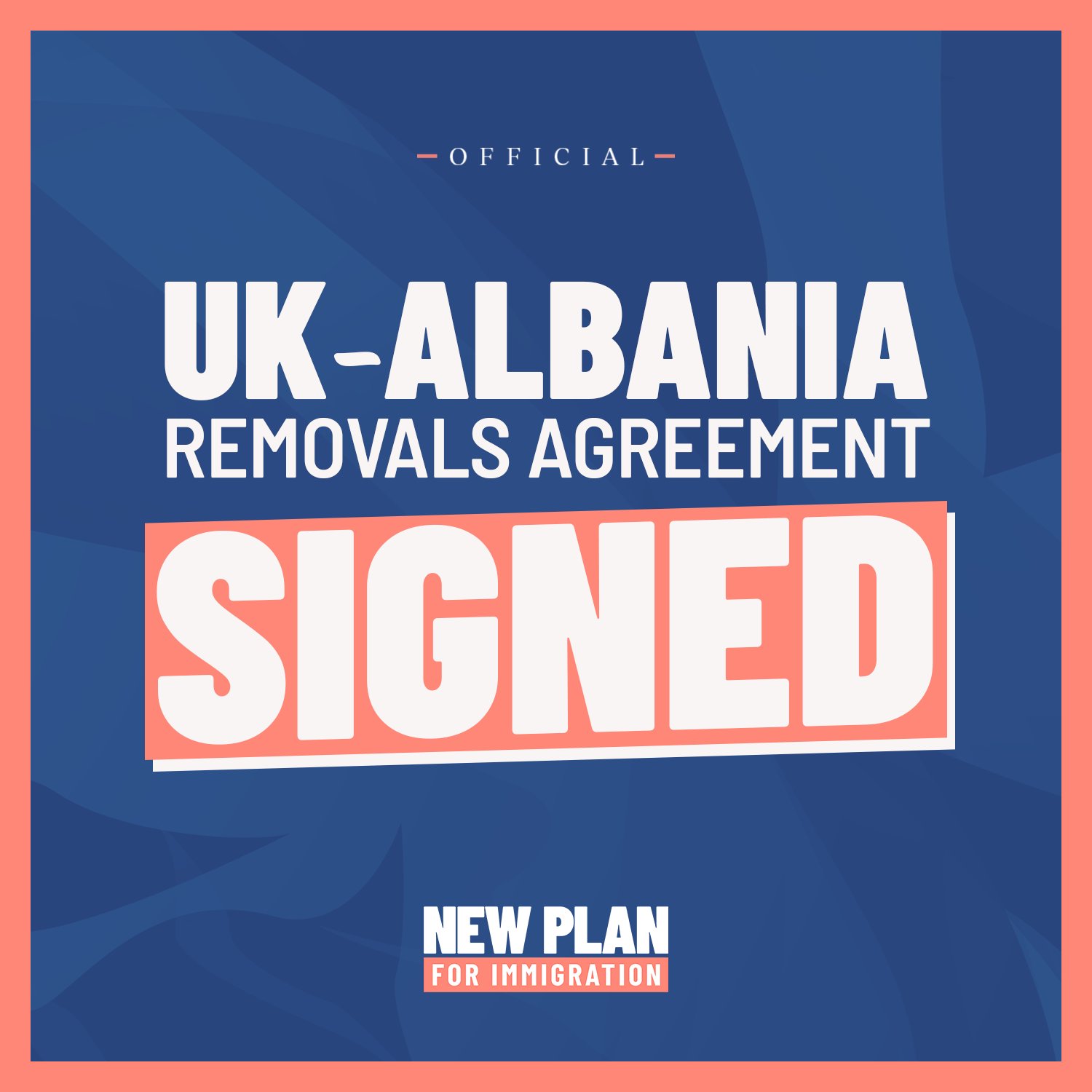 Yesterday the Home Secretary signed an historic removals agreement with Albania, delivering on our promise to control our borders and keep the British people safe.

The Government promised the British people that we would fix our immigration system, clamp down on illegal entry, and remove those with no right to be in UK as swiftly as possible. That is why the Government has signed a new agreement with the Albanian government that will allow us to remove Albanian nationals who have no right to be in the UK, including failed asylum seekers, foreign national offenders, and those who have overstayed their visas – building on our plans to overhaul the UK’s immigration system which were announced in our Nationality and Borders Bill earlier this week.

The Bill will expand the Early Removal Scheme making it easier to remove as many foreign criminals from the UK as early as possible and maintain the British public’s confidence in the justice system.

For any more information on the historic removals agreement with Albania, including comments from the Home Secretary, please visit: https://www.gov.uk/government/news/priti-patel-signs-historic-removals-agreement-with-albania.