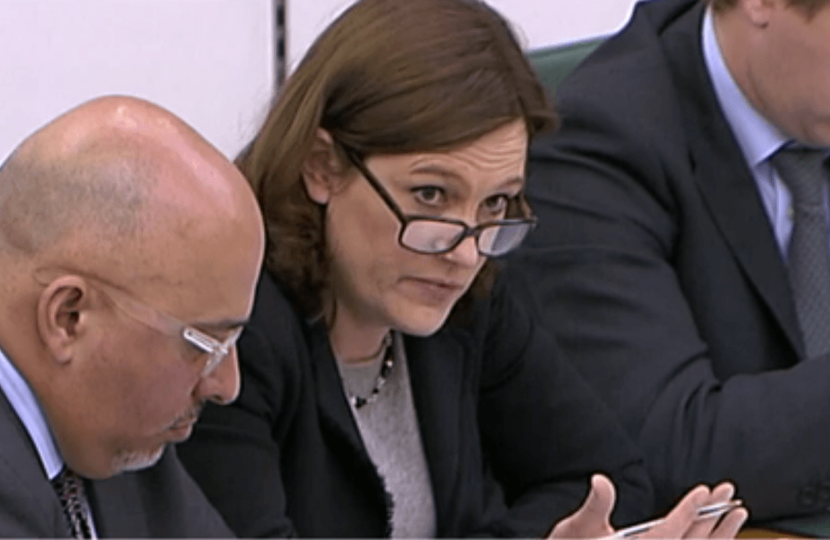 Castle Point MP Rebecca Harris has been grilling pharmaceutical bosses and Union leaders in the House of Commons over the proposed buyout of the British based drugs firm Astra-Zeneca by their American rival Pfizer.

Amongst other things the committee raised questions on Pfizer’s plans for the future of Research and Development operations in the UK, it’s track record from past acquisitions and mergers,  tax issues and the powers the Secretary of State can have to make Pfizer live up to any commitments it makes before any deal is done.

Rebecca said on the committee session,

“A deal arising from current proposals would be the largest of its kind in British history and it would affect the entire pharmaceutical sector in the UK. Pfizer’s desire to become a UK registered firm through this deal is evidence that Britain is open for business and attracting large international firms. However, the proposals deserve intense scrutiny to ensure that any deal will ultimately be good for Britain.”