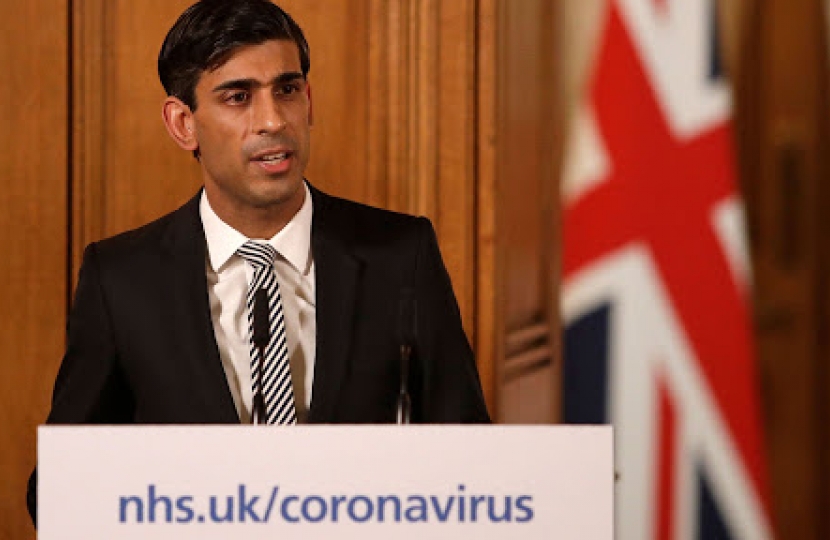 The Government is protecting people and their jobs by stepping in and helping pay people’s wages – through a scheme which is one of the most generous of any in the world – paying grants to support as many jobs as necessary. Any employer in the country – large, small, charitable or for profit – who promises to retain their staff, can apply for a grant to cover most of the cost of paying people’s wages. Government grants will cover 80 per cent of the salary of retained workers up to a total of £2,500 a month – above the median income.

In June and July, nothing will change for employers and the Government will continue to pay 80 per cent of people’s salaries. From August, the level of the grant will be slowly reduced and employers will be required to top up the Government payment to ensure employees receive 80 per cent of their normal pay, up to a monthly cap of £2,500, throughout.

The Chancellor has announced a combination of measures unprecedented for a government of this nation.

Our Plan for People’s Jobs and Incomes, will protect people’s jobs; offer more generous support to those who are without jobs; strengthen the safety net for the self-employed; and help people stay in their homes.

We will ensure people get the support they need to stay at home and do the right thing. This will mean we can protect our NHS and save lives.

Offering more generous support to those who are without employment:

Strengthening the safety net for people who work for themselves:

Helping people stay in their homes:

Other previous announcements to support businesses and workers:

Q: How long until the Coronavirus Job Retention Scheme is up and running?
HMRC are working night and day to get the scheme up and running and we expect the first grants to be paid within weeks.

Q: Statutory sick pay doesn’t cover self-employed people – what are you doing to help this group of people?
Self-employed people are able to access support through the welfare system when they are unable to work. If they have accumulated two years of NICs, they can claim ‘new style’ Employment and Support Allowance. If they haven’t made sufficient contributions, they can apply for Universal Credit. As announced today and at Budget, we have made both benefits more generous and accessible – increasing the standard allowance and making payments quicker.

Coronaviruses are a ‘type’ of virus. The coronavirus we are all affected by is called COVID-19, but you may also hear it called - coronavirus.

How serious is COVID-19?